How ‘Rosemary’s Baby’ captures the imagination

"Rosemary's Baby" is a classic 1967 psychological horror novel by the American author Ira Levin with a now-famous plotline about the fear of demons and witches.

The story opens with a newlywed couple, Rosemary and Guy Woodhouse, apartment-hunting in Manhattan in 1965. Rosemary falls in love with a large apartment in an upscale, historic building. The previous tenant had died. A friend warns them against that particular building, and the reader is led to suspect that this might be a haunted house tale, but the story proves to be something different.

Shortly after renting the apartment, Guy lands a good acting job - due to a misfortune that strikes the previous leading man - and he agrees with Rosemary that it is finally the right time for them to try to conceive a baby. Rosemary begins to have misgivings about her husband and her elderly neighbors, the Castevets, around the time she gets pregnant. She manages to brush aside her concerns for a while, but the misgivings come back even stronger halfway through her pregnancy, and again at the birth.

Guy appears neglectful and dismissive of his wife's feelings. He waves away her worries about physical pain caused by her pregnancy and rebukes her for voicing her impression that the neighbors are creepy. He assures Rosemary that her experiences are normal, that there is a rational, mundane explanation for everything, and that she will be fine. Yet this only leaves Rosemary feeling as though she has no one to turn to. 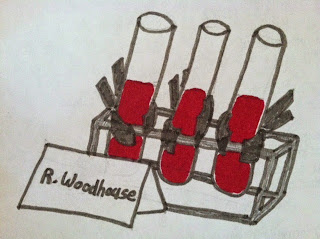 The outwardly friendly neighbors are more obviously complex characters than Guy with peculiar motivations kept well-hidden from Rosemary and from the reader. From the moment the newlyweds move into the apartment, the Castevets take a strong interest in the couple to the point that, throughout her pregnancy, they insist on dictating and even preparing her nutrition. They surround her with a foul-smelling herb they call "tannis root" as a good-luck charm. They push her toward a particular obstetrician she is a little uncomfortable with; the doctor insists on seeing her frequently and he discourages her from reading books or speaking with friends, saying he does not want her imagination to run wild and generate false beliefs that something is wrong with her.

As Otto Penzler writes in a 2010 introduction to a Pegasus Books edition, Ira Levin was not religious nor did he believe in witchcraft and he "had rather hoped that his novel would help to increase the skepticism that had always resided with him." The book does not come across as an apology for skepticism. If anything, it is likely to instill fear of Satanism. The author's detail that Rosemary is ostracized from her Catholic family because she married a Protestant, along with references to how race and religion divide New Yorkers in similar subtle ways, contributes not so much to an argument that people should be more inclusive and united, but it does contribute to the dark impression that Rosemary is utterly alone, divided from anyone who can help her.

In 1997, Levin published a sequel, "Son of Rosemary", set in the year 1999. The sequel received less acclaim. Unlike most of his other books, it was never turned into a movie - a little surprising given the popularity that "Rosemary's Baby" found onscreen in 1968. He died in 2007.

The original story is presented entirely from Rosemary's perspective as she tries to determine whether she is being lied to by everyone she knows, while the greatest unknown is the unborn child inside her. Nearly a half-century later, this remains an intriguing tale with a believable main character.

On one occasion, readers see Rosemary shopping on Broadway and on Lexington "not because she couldn't get swordfish steaks and cheese right there in the neighborhood but simply because on that snappy bright-blue morning she wanted to be all over the city, walking briskly with her coat flying..." On another, readers see her disgusted by the neighbors' offering of chalky chocolate mousse as she "doubled her napkin in her lap and plopped two spoonfuls of the mousse into it, and another half-spoonful for good measure." As he brings Rosemary's private world to light, Levin's clear, direct prose sketches a nightmare of greed, lies, rape, and murder - in short, everything meant by the word "evil" in its purest form.