Multiple mysteries in ‘The Forgotten Garden’ by Kate Morton

"The Forgotten Garden," a novel published in 2008 by the bestselling Australian author Kate Morton, is a hefty yet page-turning mystery about a search for biological ancestors. It is a story about women: how they acquire their daughters, how they treat each other, and how they define their identities as mothers. 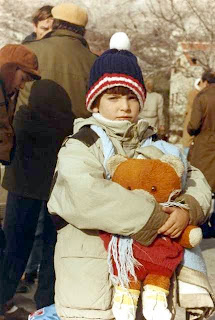 With most of the action happening in an era in England in which the rich rode in horse-drawn carriages and the poor died of untreated consumption, Morton's novel spans five generations and more than a century on two continents. The story skips back and forth between the modern sleuth uncovering her family history to the revelation of the actual events in the past. This format keeps the reader a few paces ahead of the sleuth, and it makes it possible for the reader to continually revise her own solution to the mystery.

The book jacket teases with the image of a three-year-old sitting alone on a wharf in Australia in 1913. What was in her suitcase, why couldn't she remember who she was, why was she on a boat, and, since children do not put themselves in these situations, who did? This mystery will only be solved through a series of other mysteries that are arguably even more interesting: how did another girl of noble English birth fall under an abusive caretaker in a London slum, why does her luckier cousin have a strange burn, and how will they conspire to hide a great family secret?

It's no wonder this family's secrets have been nearly lost to time. The characters assiduously lie about birth, marriage, illness and death. Like a soap opera, it is predictable in its unpredictability; given the characters, there are a limited number of relationships and circumscribed types of trouble they are bound to mire themselves in.

One of the more interesting characters writes fairy tales through which she expresses her own personal quest and tragedy, cloaked in the safety of metaphor. Those who are inclined to understand stories on a mythic and symbolic level may find these fairy tales excruciatingly spoiled by Morton's eagerness to explain what the metaphors mean and to correspond them to events in the novel. A student of literature would gain no employment from this book, as the analysis is already completed internally by Morton herself, first by reducing the conflict into mythic language, secondly by explaining the mythic language. On the other hand, this makes the book more accessible, and thus more attractive to those who prefer to direct their attention to a complex cast of characters and a multi-layered plot rather than ponder the meaning of symbols.

Some readers may say that the central question - where did the little girl on the dock come from? - has an answer they guessed at the beginning. But this story isn't just an exercise in solving a case of a missing child. Her identity is the missing link between generations of women. Her story is theirs; her identity is theirs.