SpeakEasy Stage Company's powerful and emotional delivery of 'The Whale'

Samuel D. Hunter's play "The Whale" is a drama that was presented to stunning emotional effect by the SpeakEasy Stage Company in 2014. 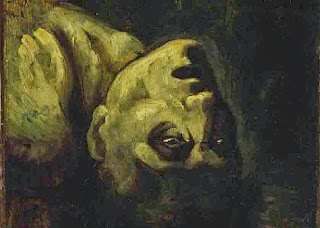 The themes of art, religion and the dysfunctional family come together in "The Whale." Playwright Samuel D. Hunter unflinchingly stares into many big issues, including the effect of one's self-destructive behavior on others; disrespect and cruelty toward those who do not conform; the influence of religious opinions that work to repress sexuality between men; the inspiration of literature and writing as self-expression; and the importance of optimism and kindness.

The story centers on Charlie, a kind-hearted, articulate soul with a masters degree in English, who has continued to teach essay writing online while ballooning to 600 pounds. Charlie betrays a potential character flaw in that, years ago, he left his wife and toddler daughter to pursue a relationship with another man. This man turned out to be the love of Charlie's life, but he died, leaving Charlie bereft. When the play opens, Charlie's only friend, Liz, is his enabler, bringing him food along with her odd mix of companionship and non-stop critical comments. Within the course of the play, he reconnects with his ex-wife and his estranged teenage daughter, an apparently sociopathic child who craves attention yet deliberately repels everyone. By happenstance, a Mormon teenager on a mission knocks on the door, and this character contributes a distinctly different viewpoint, one for which Charlie and Liz harbor justified anger and have little tolerance.

SpeakEasy Stage Company, performing the play at the Boston Center for the Arts from March 7-April 5, 2014, features actor John Kuntz as Charlie; Georgia Lyman as Liz; Ryan O'Connor as Elder Thomas; Josephine Elwood as Ellie; and Maureen Keiller as Mary.

One might argue that Charlie's size, which causes his immobility and the imminence of his death, is mainly a device to force people into his apartment to talk. His morbid obesity could be universalized to represent any one of a number of illnesses, addictions or manifestations of self-loathing and despair. There is not much explicit mention of Charlie's personal habits that have caused him to become obese, and the audience rarely sees him eat. Yet Cristina Todesco's set design conveys this message indirectly: The set at the BCA is littered with mountains of fast food wrappers that the actors occasionally noisily step on, creating the visual and auditory impression that the world is full of this addictive stuff and that the walls have closed in a long time ago.

There is also David Remedios' brilliant audio of whale-like clicking and moaning sounds under the sea. This evokes the irregular beat of Charlie's congestive heart failure, giving the audience a sense of what it might feel like to contend with an illness when, as Charlie quips - perhaps not inaccurately - his internal organs are "at least two feet in." It also suggests that Charlie's perception of himself, as well as others' perception of him, is as something inhuman. The whale moans indicate despair, and the sound of ocean waves reflect memories of happier times on the beach. The indistinctness of these sounds overall suggest that the truth is in a murky, inaccessible place.

The two-and-a-half-hour play, focusing non-stop on a character who is supposed to be days from death, requires an actor with stamina. Gail Astrid Buckley's costuming feat was described in great detail in The Edge. Director David R. Gammons says in the program notes:

"The [fat] suit is a remarkable piece of craftsmanship, constructed to move realistically and really capture Charlie's unique physical proportions. We also knew that we would need to use the suit starting on the first day of rehearsal; the body is key to Charlie's character. It has been astounding to watch John Kuntz take ownership of this physicality. The suit is hot and heavy to wear, even claustrophobic, and rehearsing in it is physically and emotionally taxing."

The story, set in the playwright's home state of Idaho, has a heavy emphasis on the LDS church. Hunter, although not Mormon, attended a fundamentalist Christian high school, and his plays overall tend to address religion in Idaho. A similar story might have been written about any fundamentalist American Christian group, but it's the Mormon character's penchant for doorknocking that lands him in Charlie's apartment.

The audience finds out why Charlie chose food as his suicide method, but doesn't – as Charlie himself doesn't – find out the underlying reasons for the great tragedy of his life. It may not be necessary for Charlie to uncover this history. Although Charlie has given up on himself, he seeks hope in other people. During one Q&A session after a performance at the Boston Center for the Arts, an audience member referred to Charlie as having "Anne Frank-like optimism." This is encapsulated in one of the character's emotional lines toward the end: "People are incapable of not caring."

The specific way in which Charlie wants people to show they care is through their honesty with each other. Increasingly, he wants his students in the online essay course to tell him simply what they think about their reading assignments and about their lives. As a dying man, he does not have time to beat around the bush anymore. He has patience with people who call him "disgusting" and a "monster" because of his obesity and helplessness, perhaps in part because these are labels he does not dispute. At the same time, he wants these people to become more honest with themselves. Can they focus less on pursuing the Moby Dick he's become and work more on relieving the sadness that eats them from the inside?