George Soros, a Holocaust survivor and philanthropist to human rights causes, has long been a target of the right-wing. He is attacked for his political liberalism, his Jewish ethnicity, and his atheist beliefs. At age 14 in Hungary, he had to pose as a Christian to survive the Nazis. As an adult, he declared that he did not believe in God.

On Dec. 4, U.S. Senate candidate Roy Moore (R-AL) made these comments on air on a radio show hosted by Bryan Fischer, implying that the 87-year-old Soros will go to Hell.

"He [Soros] is pushing an agenda and his agenda is sexual in nature, his agenda is liberal, and not what Americans need. It’s not our American culture. Soros comes from another world that I don’t identify with...No matter how much money he’s got, he’s still going to the same place that people who don’t recognize God and morality and accept his salvation are going. And that’s not a good place."

Soros' support of secular, feminist causes has long riled many on the right. Soros founded the Open Society Foundations, whose Human Rights Initiative funds efforts in defense of LGBT rights worldwide, especially in the most repressive countries. Following the November 2016 U.S. election, the UK's Independent published this opinion article: "Already we see calls for the Trump presidency to adopt the foreign agents legislation of Vladimir Putin which makes it hard for gay rights groups and other human rights groups to operate in Russia. The target of this legislation is predictable: George Soros." Conservative groups have also disapproved of his support of abortion rights.

Moore, meanwhile has a history of anti-LGBT positions. “On February 19, 2003 Justice Moore met with a Soulforce delegation [a pro-LGBT organization] on the anniversary of a case denying custody of children to their lesbian mother," Bob Minor wrote. "Moore had argued that 'the lifestyle should never be tolerated.'"

Moore's spokesperson, according to the Daily Mail, "said that the comments were 'anti-George Soros' and therefore no apology was needed" to the wider Jewish community. The comment clearly states, however, that "people" who don't accept the salvation of Moore's god are all "going to the same place" which is "not a good place." So on the far of it, this is not a comment against George Soros as an individual but against Jews, atheists, liberals, and feminists in general. If it were ever acceptable to say this kind of thing (which it is not), it is especially bewildering that Christians think they have the high ground in this instance given that Soros had to pretend to be Christian while he was a child so he would not be slaughtered by agents of the occupying state. That biographical detail in itself should make Christians stop in their tracks before asserting that Soros (or any Jew, whether theist or atheist) needs to accept Jesus or else be rejected by God and burn for all eternity. 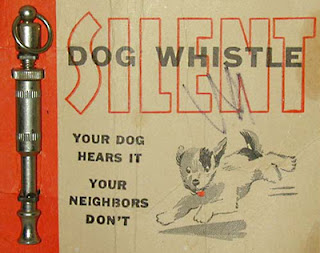 Some may be confused or bothered by the concept of a "Jewish atheist." Others may be upset about liberals in general. Still others are paranoid about wealthy Jews. It does not matter. In a mature, decent, civil society, it should be unacceptable to campaign on the basis that your political opponents and their supporters are rejected by God. It is always a dogwhistle when any politician says that any group of people is going to Hell. In this case, Roy Moore is making an antisemitic, antisecular, antifeminist, homophobic dogwhistle. He is doing all those things at the same time. He knows that different voters will hear different things. With the election in two days, we need to hope that enough voters can hear the meanness of what he is doing and will call him on it.