In a 2 March 2020 opinion piece, "Women must have the right to organise. We will not be silenced" — distressingly categorized by The Guardian under the theme "Transgender," when it is really anti-transgender — Suzanne Moore puts forth some remarks to which I strongly object. 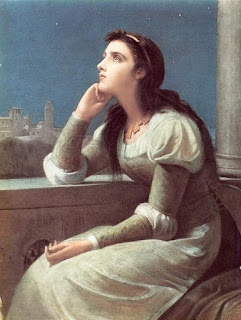 [Image: Juliet does a massive eyeroll.]

Before getting started, I wish to acknowledge this statement in Moore's opinion piece: "I know from personal experience the consequences of being deemed transphobic by an invisible committee on social media. It has meant death and rape threats for me and my children, and police involvement." She gives no further details. While I am unfamiliar with the situation to which she is referring and I am ignorant of whom she might be accusing, no one should ever receive violent threats, full stop.

I also wish to acknowledge her statement at the end of her article: "Women have the right to call out the violent men who rape." Again, of course they do. "We have the right," she adds, "to speak and organise without being told that speech is itself dangerous." Well, yes. Speech itself must be protected.

That said, there's nothing else in this 1000-word article I can sympathize with or support. I am not objecting to speech per se. I object to the content of this particular speech.

Here's ten areas where I disagree.

1. In Moore's initial paragraphs, she expresses nostalgia for the 1980s during which (supposedly) people of all sexual orientations were able to unite behind a feminist agenda. Then, "solidarity took precedence over sexuality," but now, no longer. She laments infighting that has "obscured our understanding of who the real enemies are." The sentiment is hypocritical given that her article is not supportive of transgender people. She is asking transgender people to support her cause, while asserting that she will not support their cause. She is missing half of the point about solidarity. Perhaps the better half.

2. Next, she describes physical sex as "a material fact," not "a feeling" nor "a construct." She says: "Female is a biological classification that applies to all living species. If you produce large immobile gametes, you are female...This is not complicated, nor is there a spectrum, although there are small numbers of intersex people who should absolutely be supported." Very well, if this is where she wants to begin. But where is she going? Why does this matter to her? It matters, she says, because women are oppressed based on the way they reproduce. Their experiences of "menstruation, childbirth and menopause" are highly relevant.

Very well, but where do we go from there? Indeed, female reproductive processes are relevant to discussions of women's rights — to broad discussions and to some specific discussions. But there are many women who, for any number of reasons, don't menstruate or can't give birth or nurse. This doesn't mean they aren't women or that they can't be subject to the same sort of discrimination. They might be discriminated against based on other people's assumptions about their reproductive capacity or desire, or based on their belonging to a gender category in which most other people are able to get pregnant even if they as individuals are known to be unable to do so.

"We won’t now have our bodies or voices written out of the script," Moore says. This is a leap. Just because transgender women are unable to get pregnant (unless, just perhaps, they are also intersex) does not mean they are writing anyone else's body out of any script. What is "the script," anyway?

3. Moore complains that "some transgender ideology" holds that "gender is material and therefore can be possessed by whoever claims it, and it is sex as a category that is a social construction." This doesn't sound quite right, and I think it is oversimplified to the point of inaccuracy. Transgender people do generally reserve the right to assert their own genders (i.e. they "possess" a personal gender identity by "claim[ing] it"). However, asserting an identity does not mean that the identity has a "material" reality. And, while some people say that biological sex is a construct, others do not explain it that way, and furthermore the pursuit of hormones and surgery — common among transgender people, of course — implies, to me anyway, that sex does have a material basis. Sex and gender can be biological facts and social constructs, simultaneously, in different ways for different people. It is an oversimplification to suggest that only transgender people believe that gender is material while everyone else believes that sex is material. This ideological dichotomy is not going to hold up to scrutiny.

4. Moore throws down the gauntlet: "You either protect women’s rights as sex-based or you don’t protect them at all." This absolutist statement is not supported, elaborated, or otherwise defended in any way. It is question-begging. The underlying question for which this op-ed is a "subtweet" is something like: Can you support women's rights while not drawing a strict equivalence between "woman" and "female"? Moore says no: you have to equate "woman" and "female," or else females don't have any rights whatsoever. But she doesn't defend this, and it seems as though defending this statement was meant to be the point of this 1000-word article.

5. In the following paragraph, Moore implies that women should be allowed to organize female-only groups (in her view, groups that explicitly exclude transgender women). She says it's important that women are "trusted to make decisions about their own reality" and that they be able to organize "autonomously" without "rely[ing] on male authority." This is not a complete argument. Nowhere in this article does she say there's a legal challenge to women's groups that exclude transgender women. There might well be a lawsuit somewhere, but she doesn't discuss any. She seems to be talking only about moral challenges. And these moral challenges surely do not emanate only (or even primarily) from "male authority." Many women challenge other women on their transgender-exclusive policies; these women's voices, too, should be trusted.

6. "Meanwhile," she says, "men-only spaces are how half the establishment operates and no one considers that to be transphobic. None of this discussion is about men giving up space for trans men; it is always about what women must accept." This simply makes no sense. What is "the establishment," and how do we measure "half" of it? What is "this discussion," and how do we measure "none" of it? As a generalization, men do not have many single-gender/single-sex groups that serve the same kind of purpose as feminist groups serve for women. Is that what is meant by "the establishment"? Or is this a comment that most corporate boardrooms tend to be male-dominated? Or is she talking about locker rooms? Or prisons? And is she suggesting that men are happy to count transgender men in these spaces (spaces which are men-only for varying reasons) without challenge or comment? Is she suggesting that the world would somehow be more just and equal if transgender men were harassed more frequently, to put them on a par with transgender women, and so that cisgender men could begin feeling that they were being inconvenienced by the existence of transgender people just as some cisgender women feel this way? What kind of solidarity is Moore endorsing here?

7. "Living your best life would be one free of male violence," she says. Surely that is one criterion for a good life. It is not the sole criterion of anyone's "best life."

8. And this is some kind of logical fallacy (her words in quotation marks and italics):

a. The "tiny" transgender population should "have the best lives they can."
b. The best life is "free of male violence."
c. It's typically men, "not feminists[,] who murder trans people."
d. "Male violence is an issue for women, which is why we want single-sex spaces." Her entire article defines "women" as "female" and as non-transgender. But she just acknowledged in parts (b) and (c) that transgender people also face violence at the hands of men. What's her proposal for helping transgender people avoid violence so they can live their best lives? Nothing. As she expressed herself in part (a): transgender people should have the best lives "they can." The implication I'm hearing is that she is not inclined to help them, advocate for them, or otherwise enable them to make their way in the world. They have to hardscrabble and bootstrap the best life they can. She has no intention to get involved with the self-actualization of this "tiny" population.
e. "Vulnerable women in refuges and prisons must be allowed to live in safe environments — the common enemy here is the patriarchy, remember?" Her implication seems to be that transgender women are violent toward other women or otherwise make women's spaces unsafe; however, no information is provided here to support such a claim. Nor does she explain how, if "the common enemy is the patriarchy," any good is served by ejecting transgender women from women's spaces that those transgender women feel, believe, and successfully demonstrate (and that many other people agree) are appropriate for them.

9. "How did we arrive at a situation where there are shocking and rising numbers of teenage girls presenting at specialist clinics with gender dysphoria, while some who have transitioned are now regretful and infertile?" This is a non sequitur. Suddenly she is talking about transgender boys — different gender, different age group. And only for one sentence. Of course, if they transition, they may well end up "infertile," as the sterilization of female reproductive organs is often a goal of a transgender man's transition. Since this is the autonomous choice of someone who, by her standards, is "female," she shouldn't oppose that choice, but should trust that person. And if she claims to worry that these people will be "regretful," this comes across as nothing more than concern-trolling, since nothing in this article previously attempted to identify these people as individuals or as a group, expressed sincere interest in their well-being, or listened to them.

10. The last line is, "There are more of us than you think." This has rhetorical power but it is, of course, nothing but an appeal to the majority or to popularity, a common logical fallacy. Suggesting that other unknown people out there agree with her position does not make her argument any more logical or persuasive. Certainly not to people who are harmed by it.