A version of the fable of "the emperor's new clothes" is attributed to the eunuch Zhao Gao in the third century B.C.E. This article was originally posted to Helium Network on July 11, 2011.

Zhao Gao was born in the third century B.C.E. to a low-ranking, condemned woman in the Chinese palace. Through his legal studies and persuasive personality, he rose through the ranks, becoming the Director of Palace Coach-houses and keeper of the imperial seal. He served Qin Shihuangdi (known as the "First Emperor" of the Qin dynasty, r. 249-209 B.C.E.).

When Qin Shihuangdi died, only one of his sons, Huhai, and a half-dozen eunuchs, including Zhao Gao, were immediately aware. They concealed the emperor's body in a carriage and masked the odor with salted fish, claiming he wanted some time alone. According to the "Historical Records," written a century later by Sima Qian, who was himself a eunuch (quoted here in a translation by Raymond Dawson), Zhao Gao told Huhai: "Just at this moment authority over the Empire and its salvation or destruction depend upon you, sir, and me, together with the Chief Minister [Li Si], and nobody else..."

Through a forged document, Zhao Gao established Huhai as crown prince, who then became the second Qin emperor. The dead emperor was buried along with "all palace ladies who had not borne him a child," according to Mary Anderson in "Hidden Power: The Palace Eunuchs of Imperial China." His children, too, were probably executed. Anderson writes: "Archaeologists recently have found a tomb near the First Emperor’s tumulus containing a group of small skeletons believed to be those of the Second Emperor’s young brothers and sisters."

The young Huhai allowed the powerful eunuch Zhao Gao to conduct his business and heartily defended him against detractors. Sima Qian (again in Dawson's translation) described Huhai as having once said:

"This Gao has long been an eunuch, but he has not given scope to ambition for the sake of his own security, and he has not changed his mind because of danger. By keeping his behaviour clean and practising his skills, he has enabled himself to attain this position. Through loyalty he has obtained access to me, and through good faith he has preserved his position. We truly consider him a man of quality, so why do you, sir, doubt him?"

Zhao Gao, promoted to manage the agency that oversaw all palace eunuchs (see Shih-shan Henry Tsai's "Eunuchs in the Ming Dynasty"), proved to be ruthless and anything but loyal. He flogged Li Si a thousand times until he made a false confession, then sliced him in half at the waist, and thus was able to succeed him as prime minister. 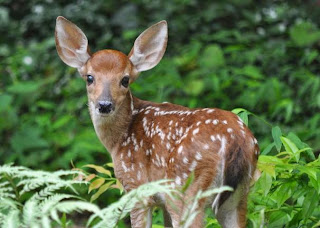 Huhai did not survive long as emperor with Zhao Gao around. His downfall became a legend and a cautionary tale to monarchs. In 206 B.C.E., Zhao Gao brought a deer to the palace and prodded other courtiers to insist it was a horse, executing those who truthfully maintained it was a deer. Huhai was confused by this, and the Grand Diviner convinced him that he was mistaken - the animal was indeed a horse - and advised him to propitiate the gods until they allowed him to see that it was truly a horse. After this, Sima Qian includes two slightly divergent versions of the story: either the emperor offended the gods by killing an innocent man while he was supposed to be fasting, or else he requested a dream interpretation and wished to plan a sacrifice. In either case, he was encouraged to stay in another palace. Zhao Gao seized the opportunity of the emperor's absence. He faked an edict telling the palace attendants to arm themselves against marauding bandits who had allegedly stormed the palace where the emperor was staying. He then sent an official to charge the palace with a thousand men. The emperor naturally believed the army had turned against him, and Zhao Gao convinced him, as the unfortunate emperor stood there with only one surviving eunuch by his side, to kill himself.

Zhao Gao hung the imperial seal from his own belt but he was not accepted as the ruler, so he gave the seal to the Qin Shihuangdi's younger brother, Ziying, whose first major order of business was instructing another eunuch to fatally stab Zhao Gao and to kill all his relatives. Soon afterward, Ziying fell and the capital was destroyed, ending the Qin dynasty.

“Forever afterwards," Anderson writes of Zhao Gao, "his despised name would be held up to Chinese emperors as a dire warning against allowing eunuchs any influence over them.”

The historian Sima Qian, writing in detail about Zhao Gao, keenly felt this animosity against eunuchs on a personal level. Having been sentenced to death for political reasons, Sima Qian elected to commute his sentence to three years of imprisonment followed by castration and palace service so that he could continue writing his historical records. He complained (translated by Burton Watson, "Records of the Grand Historian of China") that "there is no defilement so great as castration. One who has undergone this punishment is nowhere counted as a man."