Benefits of a eunuch disguise: What happens in ‘The Beacon at Alexandria’

Gillian Bradshaw’s novel The Beacon at Alexandria is set amidst events that occurred between 371-378 C.E. when Valens ruled the eastern Roman empire (although, as the author confessed in a preface, "I have somewhat distorted the chronology, and slipped in a couple of extra years.") Christianity was the religion of those in power, and the Nicene creed was dominant over the Arian heresy, which was dangerous for anyone to espouse.

The story opens with the noble family of Theodoros of Ephesus. Following the death of his wife long ago, he had purchased a nurse to look after his two children, the younger Theodoros (called Thorion) and the girl Charis. The children are now grown, and a brutal tyrant-in-training sets his eye on fifteen-year-old Charis who is beginning to be perceived as a debutante among the nobility. He tries to rape Charis and wishes to marry her, but she is strong-willed and stands up for her safety. 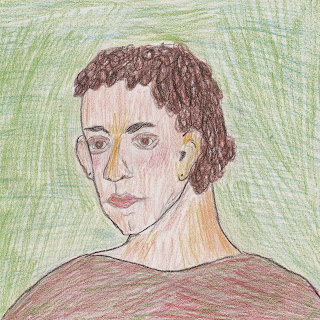 Charis does not wish to marry anyone. She is more interested in the art of medicine, which females are forbidden to study. It is risky for her to attempt to teach herself, as she is interested in scientific dissection, and mutilated animal carcasses could attract the charge of witchcraft. She resolves to run away from home, disguised as a eunuch (that is, as a castrated man), and seek a physician under whom she can apprentice. She adopts masculine adjectives for self-reference and also practices an Asian accent to help hide her identity, pretending she had originally been captured by the Persians from Amida in the East and is now free.

From Ephesus (which was a Greek-speaking city located in modern-day western Turkey), Charis – calling herself by the masculine name Chariton – sails a few hundred miles south across the Mediterranean to reach Alexandria in Egypt. One of the first people she sees upon her arrival is "a young eunuch in a Phrygian hat, sitting in front of a bronze begging bowl and singing a hymn to the goddess Kybele in a reedy voice; he glanced at me, then looked away again without interest." This is the only fellow eunuch she personally encounters in the book, but other characters seem familiar with eunuchs as a class, to the point where eunuchs are routinely stereotyped as Arian heretics.

In Alexandria, she apprentices under a Jewish physician, Philon. Years pass, and she learns quickly, becoming a full-fledged physician in her own right. It is only when she falls ill that Philon learns the secret of her true gender (although the local archbishop Athanasios has realized it all along).

It is not primarily the risk of being exposed as a woman, but political dangers associated with being falsely perceived as a "gelding heretic," that prompt her to leave Alexandria. She sails north, passing her childhood home and continuing on to Thrace in Greece. Here, still disguised as the eunuch Chariton, she encounters people in a military camp who initially complain of "some lisping Asian eunuch to treat the men, some girl-faced gelding with lily-white hands and a white liver too." But a man named Athanaric stands up for Chariton as "the only honest eunuch in the world." Chariton is allowed to tend wounded soldiers and is seen as a respected physician.

A fellow physician ambushes her in the bath, first intending to kill her (believing she was a eunuch) and then, having seen her naked, trying to rape her. In any case, she stabs him fatally, and the people she works with – believing her to be a eunuch – respect her for it. She enjoys her life there and ignores her brother Thorion’s request for her to return home.

The heroine's private gender identity is ambiguous. She is not particularly feminine, and she deeply values the freedom gained from presenting as a eunuch. On the other hand, she is desperately lonely, fearing she will never marry or have children.

When the Goths move into Thrace, the emperor is hopeful that they will settle in a Thracian wasteland, serve in the army, and pay taxes. But their arrival bodes less well for Chariton. The Gothic king Fritigern captures the alleged eunuch and recognizes the dual benefit of possessing this person who is at once a skillful physician and a famously long-lost noblewoman. Fritigern requires her to wear women’s clothing and tries to marry her off to a Gothic man, but she refuses.

Charis’s brother Thorion, who is by now the governor of Scythia, sends Athanaric to ransom her from the Goths. Charis has secretly loved Athanaric for years, but has never told him so, because he only ever knew her as Chariton. When Athanaric arrives at the house of Fritigern, he sees Charis in a woman’s dress and realizes her true identity. At this point, they are able to fall in love with each other.

Gillian Bradshaw’s story, published in 1986, apparently inspired a similar novel by Anne Perry called The Sheen on the Silk, published in 2010. Perry’s story also features a young Roman woman who disguises herself as a eunuch to become a doctor, although it is set 900 years later in Byzantine Constantinople.

- December 10, 2014
Email ThisBlogThis!Share to TwitterShare to FacebookShare to Pinterest