Learning about books without having to read them

No one can ever read all the books there are. Can a book be discussed intelligently, without shame, by someone who has not read it? This article was originally posted to Helium Network on Dec. 25, 2012. 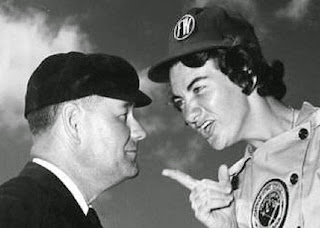 At first blush, literature professor Pierre Bayard's title "How to Talk About Books You Haven't Read" threatens to be a confessional that could have the foreseeable consequence — for the author — of a swift professional termination. Anyone who talks about this book as if it were a confessional, however, clearly hasn't read the book, and worse, as Bayard would have it, doesn't understand the function served by the book.

Bayard has produced a nuanced thesis arguing that it is more important to understand a book's cultural role than it is to actually have handled the book and read it cover-to-cover. Evidently speaking to literature professors and students, he examines with good humor the incorrect assumption that all of one's colleagues have read all the canonical books and that one must strive to match their prolificacy and infallible memories, while detailing the numerous occasions that a professed devotee of literature (or just a cocktail party guest) might be called to discourse upon a book they haven't read.

The shame of not reading

"As long as we strive for an image of cultural literacy that only serves to disguise us from others and ourselves, our more or less unconscious shame about the real nature of our interaction with books"

— here, he addresses those people who feel inadequacy when acknowledging the books they haven't read, a condition that may or may not afflict all human beings —

"will weigh on all our interactions with them and everything else we say about them...we need to recognize this shame and analyze its foundations. Only in doing so can we hope to survive the avalanche of fragments of books that threatens to engulf us in the face of which our deepest identity is revealed to be in permanent danger."

Bayard's candid admissions of the gaps in his reading history is good comic fodder. He cites many titles throughout his text, along with indication of whether he has actually read them and whether he has a good opinion of them.

Whether his argument will be accepted by most people is another matter. It will probably be more appealing to people who are best described as "those who recognize the importance of books" rather than "lovers of literature."

In Bayard's view, what he calls "non-reading" is even more important than reading. The number of books available is pragmatically infinite. To spend time reading one is to choose to forego all the others. Furthermore, once read, a book has a shelf-life in the mind, so it is eventually forgotten. From the perspective of gaining lasting knowledge or professional prestige (he does not consider the mere entertainment value of an afternoon spent reading), it is more effective to engage in a targeted sort of "non-reading," that is, identifying which books are culturally significant, learning about them and perhaps skimming through them, and thus making them part of one's own repertoire of books that can be discussed in educated company.

He proposes the idea of three kinds of "libraries," a word representing inventories of known books. The first is a shared cultural or "collective library," that is, an ostensible agreement about what books are significant. Beyond that, each person has an individual "inner library" of books that are significant and known to them. Lastly, there is a "virtual library," an ad hoc creation when two individuals bump libraries and exchange knowledge and opinions.

He describes it as a

"realm in which books are discussed, in either written or oral form, with other people. It is a mobile sector of every culture's collective library and is located at the point of intersection of the various 'inner libraries' of each participant in the discussion. It is subject to a number of rules, whose goal is to maintain it as a consensual space in which books are replaced by 'fictions' of books."

Why "'fictions' of books"? Because people generally only discuss their personal understandings of books, and especially when they haven't read the book in question, their understanding is likely to be a creative invention.

Discussing a book while knowing very little about it

As long as someone is provided with the barest details of a book, they can begin to speak about it. As Bayard sees it, these opinions are valid, and in fact might even be "privileged" because their naïveté and freshness allows them to challenge a book's fundamental assumptions. (Considering Hamlet as an example, actual non-readers with the double privilege of being cultural outsiders have asked whether the queen's remarriage is indeed too hasty rather than too slow, how the characters are related along genealogical lines that are not defined within the text, and just what a "ghost" is.) In most cases, he claims, spending time reading a book cover-to-cover will not fundamentally change one's prejudicial opinion of it, and therefore — here he makes a more controversial claim — it isn't so important that one take the time to perform a thorough reading, where skimming, mentally cataloguing, and discussing the book might be a workable substitute.

Even when both people discussing the book have actually read at least part of it, "the discussion is less about the book itself than about a fragmentary and reconstituted object." This doesn't matter, he says, since any given book chiefly "serves as a kind of temporary shimmering prism through which we see the whole" system of books. To be less florid about it, a book's title and author are often merely a jumping-off point for discussion about the meaning of life. Minimally, participants need to be able to navigate to that jumping-off point (i.e. recognize the book's title) and chime in, and the discussion will quickly veer to subjects they can better commandeer.

The central point of "How to Talk About Books You Haven't Read" is repeated perhaps too many times, but generally to a pleasant effect, for which partial credit must go to translator Jeffrey Mehlman. One of the many expressions of the thesis runs as follows:

"Being cultivated is a matter not of having read any book in particular, but of being able to find your bearings within books as a system — which requires you to know that they form a system and to be able to locate each element in relation to the others."

Someone who chooses to "non-read" this book by skimming it will probably succeed in absorbing its point and, in so doing, may feel vindicated.