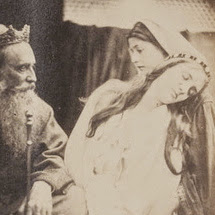 Roseanna M. White's novel Jewel of Persia retells the famous Biblical story celebrated as the basis of the Jewish holiday Purim. According to the Bible's Book of Esther, while the Jews lived under Ahasuerus (believed by most scholars to be the Persian King Xerxes who reigned in the fifth century BCE), the king exiled his wife Vashti for displeasing him, and he held a beauty contest to select a new queen. He chose Esther, who, unbeknownst to him, was Jewish. Subsequently, the king was persuaded by his advisor Haman to allow the extermination of all the Jews in Persia. When Esther learned of it, she informed the king that she and her cousin Mordecai, who had once saved the king's life by reporting an assassination plot, were Jewish and would be threatened by the edict. The king immediately hanged Haman and promoted Mordecai, and the edict against the Jews was canceled.

White's elaboration of this tale creates an additional character, a poor Jewish woman, Kasia, discovered by the king to be a great beauty. She follows the banished queen Vashti (called by her Persian name Amestris in this story) and precedes her friend Esther, who of course eventually also becomes the king's wife. Among all of King Xerxes' wives and concubines, Kasia is his great love – and he knows from the beginning that she is Jewish. She and two other concubines are chosen to accompany Xerxes on his military campaigns against Greece.

White's imaginative narrative remains faithful to the basic ideas in the Biblical version. Her afterword indicates that she also took many historical details from Herodotus' Histories. If Haman is a two-dimensional anti-Semite not given much psychological depth, it is compensated for by the focus placed on the romantic longings of women. White's website indicates that she and her husband run the Christian Review of Books and that she is active in her Baptist church. That said, the story about Jews in Persia feels composed from a distinctly modern, American, Christian perspective.

One could argue that this is really a story about prayer. The interpersonal conflict between Kasia and Xerxes tends to center on their religious disagreements. Xerxes would prefer that his wife conform to the Zoroastrian worship of Ahura Mazda, but Kasia is a devout Jew, praying several times a day and insisting that she will always identify with the people from whom she came.

The problem is that the author doesn't seem to grasp what observance of Jewish custom involves. Never once do any of the Jewish characters mention dietary laws or Sabbath observance, issues that would surely arise for them inside the Persian palace. Furthermore, the language of their prayer feels distinctly of the American evangelical style. As the author describes one of Mordecai's religious experiences: "...he put one foot onto his street and halted. His spirit weighed heavy within him, blurring his vision and stealing his breath. 'Jehovah?' he whispered." She then has him continue to ask: "'What is it, Lord?'" This sort of conversational prayer occurs many times throughout the book. The idea of having an intimate, "personal" relationship with God is culturally more Protestant Christian than Jewish. Traditionally, Jews do not even pronounce aloud the name of God spelled "YHVH" in Hebrew. Toward the end of the story, when Esther petitions for the lives of the Jews, the author writes, "The Spirit settled over her." This undefined "Spirit" sounds like a concept from the Christian trinity; it isn't clear what it would correspond to in Jewish theology.

So, it is a story about prayer, but written more for Christians than for Jews.

Another oddity is the obviously deliberate omission of any reference to physical sexual expression. This is a love story set in a harem. It's about a powerful man who owns multiple women, taking them from their families when they are little more than girls, using their bodies to produce male heirs, and competing with his male relatives for dominance over them. Yet the author describes nothing more than the occasional chaste kiss or angry pinch on the arm. If more needs to be implied, the narrative cuts off and resumes the next morning.

Presumably, this editorial decision is driven by the author's religious beliefs. Unfortunately, it doesn't work. Love stories set in harems are inherently not G-rated and cannot be made so by modern American standards without abandoning much of the stories' cultural contexts. It would be one thing to minimize the amount of erotic and sexually violent scenes, but to completely eschew language for relevant body parts and reproductive functions is to drastically limit the story. The genteel reader can only infer so much. One cannot infer what isn't there to be inferred. Neither is the reader ever given a precise count of Xerxes' many wives and concubines, another detail that would have grounded the novel's sentiment in a harder reality.

Lastly, the treatment of eunuch characters is a little strange. The Book of Esther states that the king was served by seven named eunuchs; an additional eunuch later plots the king's demise. Accordingly, White writes, "Xerxes nodded at the eunuch nearest the door, who motioned his advisers into the room. The seven of them filed in, the men of soundest wisdom and highest birth below the princes. Most of them had advised his father before him." Kasia's servant Theron, like Kasia herself, is fictional, but others use the Biblical names assigned to these eunuchs.

The eunuchs, who are alternately referred to as "slaves," are always present. They are given relatively small orders that can be executed quickly: sending messages, fetching people, setting up thrones. None of the orders are ever of a managerial, organizational, or creative nature. Furthermore, the eunuchs are not given personal histories. The reader is never told what race they are, where they came from, why they were castrated, what they looked like, where they slept, who they loved, or who they worshipped. Frequently, such a slave appears as "a eunuch" without having any name designated at all, as if he is interchangeable with others like him, existing only to announce the presence of more important characters.

They are rarely depicted as having feelings or opinions of their own – although there is the occasional clenched fist when they are forced to bite their tongues – and so they do not serve as confidants to the king or queens. When Darius plans to seduce Kasia, Theron warns, "Mistress, no," in a "muted" voice and then, because she does not heed his warning, he has to rush to her aid. Kasia laments Darius's reprehensible behavior, thinking to herself, "She had just lost the one friend she had left in her husband's house." What is the eunuch walking her home with his arm around her? Chopped liver? The only arguable demonstration of a eunuch's personal opinion occurs when the banished queen Amestris orders her head eunuch to choose a trusted servant to arrange for Xerxes' assassination. Corresponding to the Biblical, the author has Teresh argue: "Do you know how many of my brothers died in his pointless war, Bigthan? Four. All four dead, and me castrated to serve at his blasted door. My father's name will die now." After Mordecai overhears and reports this grumbling, the reader is told that Amestris' servant is no more; it is not even made explicit that there was an execution of a eunuch or two. It is important to realize that these words did not necessarily represent Teresh's actual opinion. He spoke only because he was ordered to do so by two levels of management.

In this story, eunuchs always obey, without exception. Thus Xerxes is able to order his servants not to follow him, "knowing they would obey whether they liked it or not". This creates problems for them, given that loyalties can conflict and that it is not possible to make everyone happy all the time. A particular eunuch believes he can defend a particular woman against "any other man" except the crown prince; even if the future king injures her, "it would have been death to the slave if he raised a hand to stop him." In other words, if two of a eunuch's superiors fight, the eunuch is damned if he intervenes and damned if he doesn't. When one's job is simply to follow orders, there are few points awarded for righteousness.

In short, there are limitations to this novel. It is nonetheless imaginative and well-meaning in its description of an interfaith marriage that changed the destiny of the Jews.

This article was originally posted to Helium Network on Sept. 1, 2012.

Image: A Purim spiel (a staged pageant of the story of Esther) photographed circa 1869 by Julia Margaret Cameron. © No known copyright restrictions. Belongs to the UK`s National Media Museum. Flickr.