Same-sex relations have been illegal in Uganda for years, but in 2014, President Museveni signed stiffer penalties into law. Some activists say they are the worst in the world. 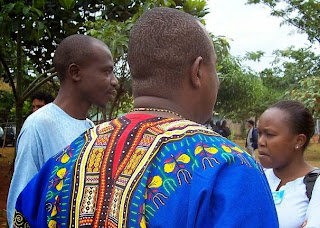 Much of the world was shocked to learn of the draconian law against same-sex relations that was recently passed in Uganda. People in Uganda can be sentenced to life in prison for even attempting to have sex with a person of the same sex.

Recent history of the climate for gay Ugandans

Homosexuality, considered to be an act "against the order of nature," was already illegal in Uganda (as it is in 38 of 54 African countries, according to Amnesty International) and carried a jail term of up to 14 years. Gay people were already routinely subject to harassment. Considering that many countries are improving their treatment of gay people and allowing more sexual freedom, one might have hoped that Uganda would head in that direction, too, but it has not.

In one high-profile case, gay rights activist David Kato was murdered in his home on Jan 26, 2011, bludgeoned with a hammer, following the publication of his photograph in a newspaper with the inflammatory words "Hang Them."

Although the murderer was sentenced to a lengthy jail term, and although Ugandan activists staged the nation's first Gay Pride parade the next year, the social and political climate for gay people did not improve. In September 2012, a British man was jailed for producing a play with a Ugandan cast, "The River and the Mountain," about a gay businessman whose mother tries to cure his homosexuality and who is subsequently murdered by his own employees.

Uganda has been mulling more severe penalties for same-sex relations ever since a bill was introduced in 2009 by a member of parliament, David Bahati, that would have declared some same-sex activities to be capital crimes, earning the bill its nickname "Kill the Gays". European nations threatened to withdraw aid from Uganda - a nation of 31 million people that receives 10 percent of its gross national income from foreign aid - and the bill was not pursued at that time.

The 'Christmas gift' of the Anti-Homosexuality Act

Nonetheless, in December 2013, Uganda's parliament passed a version of the bill, also known as "The Anti-Homosexuality Act," that dramatically increases the length of prison sentences and the reasons for which they can be given. Any attempt to have sex (possibly including flirtation, or a "1984"-like kind of "thoughtcrime"); any "counsel" provided to someone else about sex (as a sexual health educator would typically provide); any performance of a same-sex marriage ceremony (as a religious clergyperson would typically perform, although the marriage would not have legal standing anyway in Uganda); or simply "promoting homosexuality" (as, perhaps, through the advocacy of tolerance) can result in seven years in jail. If any sort of physical contact is involved in an alleged attempt to have sex, the penalty is increased to life in prison. Needless to say, there is also life imprisonment for "aggravated homosexuality" - a charge defined as having sex with a minor; having sex at all, even with protection, if one is infected with HIV; or simply having sex multiple times.

The law is open for abuse because the alleged "perpetrators" may be forced to pay unlimited compensation to their alleged "victims," in addition to serving jail time. Therefore, the "victims" have a great incentive to report people for such attempts; it may be an effective form of blackmail, putting one's personal enemy in prison and simultaneously extorting money from him.

Additionally, an alleged "victim" is permitted to commit any crime - presumably including assault - against an alleged "perpetrator," with impunity. Landlords have incentive to evict gay tenants, as there is a five-year prison penalty for allowing same-sex activity in one's house.

The bill's religious promoters referred to it as a "Christmas gift" to the nation.

Signed into law in February 2014

After the Anti-Homosexuality Act was passed, Uganda's president Yoweri Museveni initially declined to sign it, suggesting that gay people needed treatment rather than punishment and claiming that there was a procedural problem because not enough members of parliament were present when the bill was passed. Nonetheless, on Feb. 15, 2014, Museveni announced to a conference of the ruling political party, the National Resistance Movement, that he would indeed sign the legislation, as he declared "a war with the homosexual lobby in the world".

Museveni signed the bill on Feb. 24, warning his "friends from the West" against "social imperialism - to impose social values of one group on our society." The day after that, a Ugandan newspaper called Red Pepper "outed" the names of 200 people it claimed were gay.

Undeterred by the complaint that other countries should not "impose" their values on Uganda's president, U.S. Secretary of State John Kerry immediately warned that the United States might cut aid to Uganda, citing the bill's signing as "a tragic day for Uganda and for all who care about the cause of human rights." Canadian Foreign Minister John Baird said that he was "extremely disappointed."

Europe took more direct action: About $27 million in aid from Norway, Denmark and the Netherlands was either frozen or redirected away from the Ugandan government to charities in Uganda.

Within a few days, World Bank president Jim Yong Kim said that the bank would suspend a $90 million loan to Uganda. The loan had been intended for health services, and those projects could have been impacted by the law insofar as discussing sexuality in a healthcare context can now potentially run afoul of the law.

He wrote a column for the Washington Post acknowledging that 81 countries criminalize homosexuality, and he connected this discrimination with sexism more broadly. "Eliminating discrimination is not only the right thing to do; it's also critical to ensure that we have sustained, balanced and inclusive economic growth in all societies," Kim wrote. He also said, pointedly, that the fact that millions of Africans today receive medical treatment for AIDS may be credited to the activism of gay men and women throughout the world.

The Nobel Laureate Archbishop Desmond Tutu in South Africa compared the "Anti-Homosexuality Act" to the former racial apartheid system in South Africa. If Uganda wished to take action against sex crimes, he suggested, why not focus on criminal penalties for rape, child molestation and human trafficking?

People in Uganda unfortunately have to cope with this restrictive law for the time being. A few are said to have fled the country for their own safety. Sexuality is part of human nature and human experience, and criminalizing it does not make it go away, so this law will surely be revisited in the near future.

This article was originally posted to Helium Network on March 5, 2014.