Rambling history and exotic fancy: ‘The Eunuch and the Virgin’ 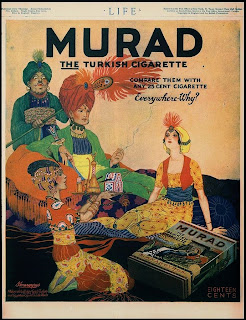 "The Eunuch and the Virgin" engulfs the reader in a cloud of heron and emu feathers and provides distraction from everyday life with tales of adulterers hanging from their guilty parts, jerid polo games, sacrificial victims allowed to bleed out into the sown fields, ambergris sherbet, ominous holes cut in sheets and scrotal relics like dried figs. A few sentences of Tompkins's purple prose frosted in French as the cord pulls round your neck and the knife gleams — and you are under his spell.

Peter Tompkins (1919-2007) worked as an undercover agent for the Allies in World War II and, in 1962, he published this uniquely fascinating volume about the lives of castrated men. The most bewildering thing about this book is that it initially seems to have no animating argument. Tompkins culled an astonishing number of anecdotes from history and literature and plumped them with exotic detail. The result is something like a creme-filled pastry that has little nutritive value.

What is missing from the book

There are no illustrations in the book, which is not a problem — as the verbal richness is picture enough — and yet something deeper is missing. There is nothing about the political systems or social stratification that enabled castration on a large scale. There is no attempt to enter the mind of a castrated man and understand his psychological experience. There is no thread unifying the castration of boys and men for religious or secular reasons, for harems or choirs, in war or peace or in East or West. There is no justification of why these diverse occurrences can all be contained in the same book. He writes about castration itself and relatively little about its context. "The history of Byzantium reads from one castration to the next," he writes. Indeed, the entire world could be so enumerated, if that is how one chose to write history; the question is why Tompkins has chosen to do so.

Many useful books are long on catalog and short on argument; they are called encyclopedias. These, however, are systematically organized. Tompkins nearly made a small encyclopedia of eunuchs in "The Eunuch and the Virgin". The bulk of the text is separated into chapters by geography, but within these chapters there is no consistent chronology, such that one can never be sure what century it is when a new paragraph starts. There is no index of names. This format gives the reader no choice but to plunge into the book and enjoy whatever he or she may find along the way, and thereby creates an air of continual surprise and discovery for the enthusiastic reader. On the other hand, the wondrous, loosely connected details can frustrate the reader who desires not only a barrage of lewd and morbid titillations but a grand organizing thesis of the meaning of it all.

How 'The Eunuch and the Virgin' is unique

Upon his death in 2007, the Times of London published an obituary for Tompkins referring to "The Eunuch and the Virgin" as simply "an account of the Turkish harem tradition." It is far more than that. The book opens with an introductory chapter that surveys eunuchs in many cultures. Then there is a chapter dedicated to China, four chapters on Turkey (white eunuchs, black eunuchs, harem girls and the sultan), a chapter on the Italian castrati who sang in churches and opera houses, a chapter on the Russian Skoptzy who were a Christian sect, and a chapter on ancient Roman and Greek cults. In scope it exceeds the early eighteenth-century "Eunuchism Display'd" which only dealt with eunuchs in European history from ancient Rome through the castrati. Eventually, Tompkins does attempt a sort of conclusion across the final four chapters, but unfortunately it does not contribute to scholarship on either the history or the mythology of castration.

The first of the frighteningly rambling concluding chapters begins: "What on earth - or in heaven - could motivate human beings to act in such a fantastic manner?" This is a good part of what the inquiring reader wants to know, but it is not answered. Tompkins launches into mythological symbolism as explicated by Joseph Frazer and others regarding the cycle of seasons, the chain of being, the identity of Venus and the moon, and so forth, with the ultimate takeaway being unclear. Is the reader supposed to take this cosmology literally? How do the planets relate to castration more so than to other any human foible or endeavor?

In the second of the concluding chapters, he presents some of the fringe theories of the astronomer Velikovsky. Tompkins cites Velikovsky and Bellamy's claim that myth is a form of eyewitness report rather than a form of symbolism and, therefore, myth may be treated as history. In the third concluding chapter, his unscientific bizarrities increase to claim that "orgone," a non-existent form of energy proposed by Wilhelm Reich, makes the sky blue and that Ethiopians are dark-skinned because of the heat from a comet. "Having traced the Eunuch and the Virgin into the mist and myth of the antediluvian world," he writes, "the quest for the origin of castration now leads into the twilight of poetry and psychology, and beyond it, into the rarefied ether of the pneumatologist and mystic." In a breathless, incoherent, prolonged rant about dodecahedrons, cosmic eggs, sacred androgynes and horsemen of the Apocalypse, "the origin of castration" is never addressed.

Although "The Eunuch and the Virgin" can serve as a starting point for gathering the names of eunuchs in various times and places, it goes without saying that serious historians would do better to go directly to Tompkins' sources: Carter Stent and Vincent Starrett on Chinese eunuchs, Barnette Miller and Norman M. Penzer on Turkish eunuchs. With this acknowledgment comes the disappointing realization that the immensely entertaining first half of Tompkins' book is infected by his strange methodology of giving every ancient anecdote equal weight as if it were literal truth. Yet somehow, this does not diminish the inimitable joy of reading his exquisitely exotified turns of phrase nor the excitement in his creative attempt to produce a cross-cultural compendium of castration.

This article was originally posted Aug. 30, 2011 to Helium Network.