Scott McClellan claimed in his book 'What Happened' that he did not know Karl Rove was partly responsible for leaking Valerie Plame's name to the New York Times. 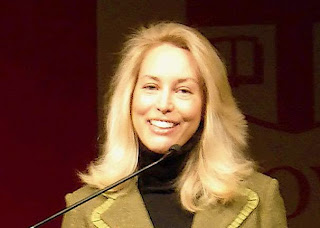 While President George W. Bush's primary intent behind overthrowing Saddam Hussein was to promote peace in the Middle East, the invasion was "marketed" to the public based on the need to disable Saddam's alleged weapons of mass destruction, according to Scott McClellan in his 2008 book What Happened. McClellan served as Bush's press secretary beginning shortly after the invasion of Iraq and he helped to promote the latter thesis in favor of the war.

The false claim that Iraq possessed weapons of mass destruction led to one of the major scandals surrounding the Iraq War: the administration's deliberate leak of the name of CIA operative Valerie Plame, ostensibly to discredit her husband, Joseph Wilson, a former ambassador to Africa under President Clinton and an active opponent of the war.

In January 2002, while the administration was still building its case for invasion, Plame helped arrange her husband's trip to Niger to investigate the authenticity of a certain set of documents that purported to establish Iraq's attempts to buy fissile uranium concentrate, or "yellowcake," from Niger. Wilson concluded that the documents were forgeries that contained false information. He had "every confidence" that his information was indeed "circulated to the appropriate officials within our government," as he insisted in an opinion piece in the New York Times over a year later. Unfortunately, he believed that his report "did not fit certain preconceptions about Iraq" and, he feared, if his report was deliberately ignored, then we must conclude that "we went to war under false pretenses."

The Iraq-Niger uranium link was intended to be presented in a speech Bush delivered on Oct. 7, 2002, but the reference was deleted by deputy national security advisor Steve Hadley on the advice of CIA director George Tenet who explained to him that there was insufficient evidence. Unfortunately, when Hadley helped finalize the Jan. 28, 2003 State of the Union address, he forgot his prior discussion with Tenet; as a result, in that address, Bush delivered the infamous "16 words": "The British government has learned that Saddam Hussein recently sought significant quantities of uranium from Africa."

The CIA admitted that the intelligence behind this claim had actually been a forgery and that the information was false. Mohamed ElBaradei, director general of the UN's nuclear inspection group IAEA, also agreed that "these documents...are in fact not authentic."

The Bush administration wanted to discredit Wilson's findings on his investigative trip to Niger and his opposition to the war. To this end, Bush permitted people in his administration to reveal classified information from the October 2002 National Intelligence Estimate (NIE) to defend the claim that Iraq wanted to obtain uranium from African countries.

Behind the scenes – and without Bush's knowledge, according to McClellan – Valerie Plame's name, identity as a CIA operative, and role in organizing the Niger trip were leaked to journalists by vice presidential aide Scooter Libby, Deputy Secretary of State Richard Armitage, Deputy Chief of Staff Karl Rove, and press secretary Ari Fleischer, under direction of Vice President Dick Cheney. The above individuals spoke to reporters after being guaranteed anonymity. It is possible that some of them may not have realized at the time that her identity was classified.

The pot boiled over when, on July 14, 2003, Robert Novak published these lines:

"Wilson never worked for the CIA, but his wife, Valerie Plame, is an agency operative on weapons of mass destruction. Two senior administration officials told me that Wilson's wife suggested sending him to Niger to investigate the Italian report."

According to McClellan, the first "senior administration official" in question was Richard Armitage; the secondary source, who simply confirmed the information for the article, was Karl Rove.

Cheney, with his aide Scooter Libby, had researched Wilson, discovered his wife's role, and began talking about the situation to discredit Wilson. Bush "was only generally aware of this larger campaign" led by Cheney and he permitted Cheney to use the information on Iraq in the NIE to discredit Wilson's findings to the contrary. This constituted an "informal" or "secret" declassification of the NIE; it would later be formally declassified. Bush kept this action secret from McClellan throughout the scandal, until casually admitting it to him in April 2006.

The heart of the scandal took place in July 2003. It was then that Rove disclosed Plame's identity to Time's White House correspondent Matt Cooper, although he managed to keep his involvement secret for two years. Three days later, Novak published the column that identified Plame as a CIA operative. Press secretary Ari Fleischer let slip to reporters that the Iraq-Niger uranium link had been entirely based on the forged documents, and, also within three days, lost his job to Scott McClellan. Although national security advisor Condoleezza Rice said the NIE couldn't be declassified because the White House didn't want to do "selective declassification," the NIE was formally declassified a week later. By the end of the month, Steve Hadley offered to resign because he felt personally responsible for the misinformation in the 2003 State of the Union and felt that Tenet had been unfairly scapegoated for the error.

That September, reporters began asking McClellan if Karl Rove, specifically, was responsible for the leak of Valerie Plame's name. Rove personally assured McClellan three times that he was not involved in the Plame leak, and McClellan passed on that information to the press. He soon defended Scooter Libby in the same way upon request from the president and vice president. "I had allowed myself to be deceived into unknowingly passing along a falsehood," he wrote in his book.

Matthew Cooper of Time and Judith Miller of the New York Times were subpoenaed but refused to provide the names of the men they were defending: respectively, Rove and Libby. In August 2004, they were both found in contempt of court. Cooper never served jail time because Rove gave him permission at the last minute to divulge his name, but Miller ultimately served 85 days in jail in the summer of 2005 before receiving permission from Libby. Libby continued to serve as aide to the vice president until his indictment on Oct. 28. It was then revealed that he had spoken about Plame to both Miller and Cooper (although not to Novak), and that he had used former press secretary Ari Fleischer as a conduit for furthering the leak, when Fleischer did not realize the information was classified.

No one was convicted of the leak, but Libby was convicted of four felony counts of perjury and obstruction, fined $250,000 and sentenced to 30 months in federal prison. Bush had repeatedly said throughout 2003 that he would fire anyone involved in the leak. In particular, he had assured an AP reporter that "If the person [involved in the leaking of Plame's name] has violated law, the person will be taken care of." Did he fire Libby? Quite the contrary: instead, he gave a new layer of meaning to the notion of "taking care of" the guilty party when he commuted Libby's prison sentence to two years of probation. (Libby was pardoned by President Trump in 2018.)

Many crucial details about the leak remain a mystery, and it is a subject of debate whether any crime was committed and exactly what that crime would be. One thing is clear, however: The whole scandal caught fire because the Bush administration promoted false information about Iraq before, during, and after the invasion of that country; covered up independent research that challenged the dominant myth; and launched a personal and partisan campaign to discredit and damage a husband and wife who sought the truth.

In 2019, Valerie Plane announced she was running as a Democrat for Congress. A September 9, 2019 video on YouTube features her saying: "I was an undercover CIA operative. My assignment was preventing rogue states and terrorists from getting nuclear weapons...Then, Dick Cheney's chief of staff took revenge against my husband and leaked my identity. His name: Scooter Libby. Guess who pardoned him last year? [image of Trump]...My service was cut short when my own government betrayed me....Mr. President, I've got a few scores to settle."

Related: The Downing Street memo, originally written in July 2002 and published in a newspaper in May 2005. The memo said that "Bush wanted to remove Saddam Hussein, through military action, justified by the conjunction of terrorism and WMD. But the intelligence and facts were being fixed around the policy."

This article was originally posted to Helium Network on July 29, 2008.