Jack Sullivan in 'Jackfoolery' by Mark Johnson (with spoilers) 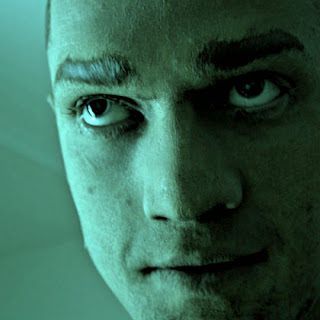 In Mark Johnson's short novel Jackfoolery, eccentric 52-year-old billionaire Jack Sullivan launches his politically independent presidential campaign in the American West during the Clinton years. He has a Purple Heart from the Vietnam War from which he returned as a young man of about 20 without his penis and scrotum, having been hit by a projectile. Jack thinks about “the track so chaotic that no god can decipher or compel a reason for it, like the mystery of a particle’s position, the unknown ‘why,’ the profound ‘why’ – the ‘why’ which first occurred to him the day the doctor had told him his balls were blown off.” He thinks about how, if he’d just been standing in a slightly different place, the outcome might have been different. He ruminates

“until his thinking became a scar slashed across his psyche, a cascading chorus of watch outs that would often raise its spectral head in the years to come and send him sliding down a path of paralysis, fearing the moment and its consequences. It was a weakness he’d never told anybody about, and at times it would parade him through a series of tasks like a prisoner shilling for his captor, a puppet of uncertainty dancing to a distorted causality, cowering before the great unknown.”

His wife Gail recalls “all the early years of his anguish, cajoling her to have sex with others, like it was the only reasonable approach, the only fair thing.” They never have a child, however. And Gail feels he did not really want this approach:

She is quite certain that in Jack, as in other men she’s known, the reaction to the possibility of unfaithfulness is physiological. She has seen the eyes on fire, the body drawn forward, fists clenched, the rock hard ends of clubs ready to beat the intruder, the interloper, into senselessness—cut off his testicles and raise them to the heavens in triumph: “I have cut off your testicles, you are no longer a man, your sperm will swim no more forever in the great river of life. Such is the way of things.”

Eventually, they achieve their new normal. When Gail is asked, “So what’s it like being the wife of the world’s most famous eunuch?”, she replies, “It’s exciting,” and then elaborates, “Well, Jack’s running for President, you know.”

Jack does not initially have a platform. He is opposed to lying, including obfuscations for the sake of social grace. He is ambivalent about adultery and whether it can be considered wrong in all situations. He is appalled by President Clinton's lie about his adultery – more because of the lie than by the subject of what was lied about. As the press continues to ask him what he believes in, he begins with estrogen-mimicking chemicals used in agriculture. “So if I was you,” he warns, “I’d make sure my wife and kids were as far away from my fields as possible, unless you want your boys running around with little teeny peckers not knowing where to put them.” He moves on to a stream-of-consciousness medley of other topics that temporarily grab his philosophical interest, some of which indeed have potential to be of some national interest, but none of which are addressed in a politically pragmatic or effective way.

In his initial public speech announcing his candidacy, Jack appoints Dr. Harvey Streem "to serve as my personal physician with the delicate task of tailoring my hormonal levels”. Jack’s truck is “followed by Doc Streem’s truck with its cross and syringe and ‘better government through hormones’ declared on the doors.” This seems rather like stars who travel with a personal stylist, except in this case, he has a “world famous endocrinologist”. Doc Streem gives him daily injections in the buttocks, and Jack gives him daily feedback about his sex drive. Doc Streem

"is worried about Jack, about the none-too-subtle requests for increases in his testosterone levels. He recalls having read about ‘phantom limb pain’ in Soviet medical literature and is wondering if Jack is experiencing something on this order…If he recalled correctly, the literature said that by conjuring up images of past sexual experience, often with the aid of hypnosis, over time the amputee could develop the ability to create a kind of virtual event that could bring his prosthesis to life."

He calls one of them “Love Potion #9,” which combines “testosterone and estrogen with a mild mood enhancer, highly recommended by the visualization people,” and he takes Jack’s blood pressure immediately after injecting it, whereafter Jack “visualizes himself whole.”

Streem also gives “a minimal dosage” of testosterone to one of the women in Jack’s entourage at her request: “just a little edge, a little fierceness enhancer,” she thinks. “So she had consented, and struck, and now she would never be the same. She had crossed the threshold, like the young boy who raises his fists against another and triumphs, who walks away with chest puffed out, conqueror, king of the jungle.”

Jack tells others: “Look at FDR, poor bastard couldn’t even walk. And me, I’ve got my artificial, and ol’ Doc Streem’s injections make me just about normal. And it’s kind of metaphorical, you know, after Vietnam. So I can empathize. I am Eunuch, you know, like what’s her name sings.” (This seems to be a reference to Helen Reddy’s song “I am Woman, Hear Me Roar.”) He then offers to drop trou to prove his status.

There are three extended references to Jack's ability to urinate, which he does gleefully on display for reporters. In the first case, he "disconnects the plastic tube running to the contoured plastic bag velcroed to his leg, dumps the contents into the john, scratches the emptiness between his legs and comes out singing, “Sixteen horses beating on their trumpets...ba ba...ba ba...ba ba bababa ba...and where are you tonight, Sweet Marie.” In the second case, standing next to a tree, he “extracts the end of a rather long hose that is attached to the Streem-designed catheter bag strapped to his leg. Then he flips the switch on the CO2 cartridge attached to the bag, unclamps the hose...” He explains that he was tired of having to “rely on gravity” and wanted the device to give him an arc. “You see, I think it’s important for a man to piss outside now and then. Unfortunately, there’s all too few opportunities for that now. So, I’m going to address that problem when I become President.” In the third case, it is stated that his catheter "doesn’t drain the bladder directly. His sphincter muscle still works, so the tube has been attached downstream from that so he can still piss, although all he’s holding in his hand is a length of plastic tubing with a stopcock on the end.”

When he considers a flaccid prothesis again for appearance's sake, using an adhesive to the skin, his wife Gail says she thinks it’s unnecessary. Jack says,

“Yeah, I guess I’m being silly. And anyway everybody would know it was fake, like a rug, or a bunch of those silly plugs stuck on top of your head. I suppose it’s just this middle age shit. You kind of think you’re immune from it, being a eunuch and all, but I guess it can even transcend that.”

Erect prostheses, on the other hand, are something of which he has many. They are replicas of both penis and testicles, carved entirely of wood and mounted on wooden base plates with leather straps. He keeps them in leather cases. One of them is hung from the headboard of a bed in an attic at a Yale sorority.

"Twice a year the room in the attic was opened—once at the end of pledge week to introduce it to new members, and then again the night before final exams began, at which time it was purported to acquire magical powers. If kissed it was said to assure success in final exams. Of course there were all kinds of rumors about its other magic powers..."

He says on camera: “You see, as President, I think it is important that a man, or woman for that matter, has balls.”

RIP Jack, felled by Love Potion #9, the end of the road for him.