Racial language in an 1891 text on circumcision 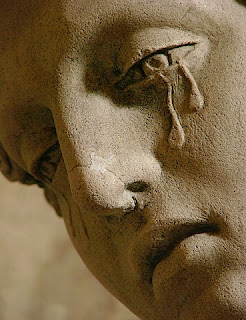 Dr. Peter Charles Remondino's History of Circumcision from the Earliest Times to the Present is an American medical text from 1891 that strongly advocates circumcision for health reasons. It relies on anecdotal evidence and racially tinged rhetoric to a ridiculous extent, making it a curious artifact. The book also examines other forms of genital mutilation under the supposition, shared by previous authors such as Friedrich Bergmann of Strasburg, that they are connected. He was also influenced by William Alexander Hammond's Male Impotence.

Remondino uses the word "prepuce" for what most people today call the "foreskin" on males. He believes that this unnecessary, deleterious skin will eventually disappear as humans continue to evolve, but in the meantime, he recommends circumcision because it promotes "better health, greater capacity for labor, longer life, less nervousness, sickness, loss of time, and less doctor-bills, as well as it increases their chances for a euthanasian death." He met one family for whom this skin was congenitally missing in the males, and deemed them a family that "is naturally one of more than superior physical health and intelligence."

He admits to circumcising two of his sons for the "malformation" of a "very long but thin and narrow prepuce" and to circumcising many other young patients "to improve the temper and disposition of children". (He sagely discourages, however, surgeons from carving "any distinctive or distinguishing marks, like an individual baronial crest, on the head of the organ".)

His speculation about the ancient origins of circumcision leads him to the warrior practice of cutting the genitals from the enemy as a trophy. (This led, he speculates, to the discovery of castration as a useful thing to do to slaves and prisoners of war who were to be kept alive.) He is aware of religious influence from groups that practiced phallic worship, and acknowledges that, In Greek mythology, "the first eunuch was a god and a king" (that is, Uranos). Accepting Herodotus as a source, he dates circumcision for hygienic reasons in Egypt back to the sixth century BCE under Psammétich.

He disagrees with an idea promoted by Herodotus that the Jews modeled their rite of circumcision on that of the ancient Egyptians. He points out that the Egyptians only circumcised their boys after age 13, whereas the Jews circumcise infants. There is also some fuzzy argumentation about the worship of the benign, monotheistic Biblical God being incompatible with hero-warrior circumcision or phallic worship. Nor, he said, could circumcision have been a modification of  a castration practice, the latter being totally forbidden in the Bible. (It is, of course, common for people to modify practices to avoid what is religiously forbidden, so this argument does not hold water.) He also says that the Jews "never made any alteration or improvement in the manner of performing the operation" (which is incorrect – refer to the Brit Peri'ah, c. 140 CE). He concludes that "we must accept its origin as a purely religious rite" – whatever that means!

Religious rite or not, he insists that it confers health benefits. Jews, he says, survive their sedentary indoor lifestyle only because of circumcision: "Were an uncircumcised race so to live, scrofula and phthisis would be the inevitable result," he writes. He claims that Jews have "a very small percentage of feeble-minded", do not have "reflex neuroses", and do not contract syphilis, all of which benefits are attributed to circumcision. (Here, it is worth noting that a 2009 paper from the U.S. NIH found that circumcision confers no protection from syphilis.)

He complains that, today, some Jews admit converts without demanding circumcision. They ignore "the inseparability of the moral from the physical nature of man" and moreover "to do away with one ordinance in any arbitrary manner is to gradually begin to crumble down the whole fabric of Judaism." Without revealing his own religious beliefs, Remondino twice gives his broader opinion that the professions of priest and doctor should be united again, as they were in olden days, but he does not elaborate on what this would look like in practice.

He reveals unutterably strange beliefs about other races that would be unpublishable today. He compares the "dark and mysterious as well as peculiar" prepuce – that is, the foreskin itself! – to "Bret Harte's 'Heathen Chinee'." One patient was tormented by surgical wounds that woke him from sleep "as effectually as an Indian would in scalping him"; those who sit in cold places will meet with "prostatic troubles" like "the treacherous Indian lying in ambush". He claims that the "ancient Germans" were chaste until marriage, thus avoiding becoming "enervated" or reproducing while too young, producing offspring that contributed to the "superior physical development of the race," while inhabitants of Eastern, "warm countries" required infibulation to enforce chastity. He reports little change "in religion, morals, or physique" affecting the race descended from Ishmael over the last several thousand years. (It is unclear to what race he intends to refer. If he is referring to Islam, the religion isn't yet a thousand years old and isn't a race.) Of course, none of this makes any sense.

Cornelius Pauw's work Philosophical Researches on the Americans (1772) concluded that circumcision only exists in certain latitudes, which Remondino finds "ingenious and plausible." Thus he sees a "faulty construction of the human body developed in certain climatic conditions." He adds that girls from northern places have fat like whale blubber, and, when men sleep with them, the girls suck the heat from them rather than imparting heat to them.

Guardians of Sudanese harems, he says, required women to wear a chastity belt if they went out in public unattended, he reports, based on Col. Raoul du Bisson's Les Femmes, Les Eunuchs, et Les Guerrieres du Soudan. The device was worn internally and made it painful to walk. Remondino calls this custom a "probable necessity" to enforce chastity, given that divorce was impossible in the Sudan. He denies that it was a "compulsory barbarity" since, if the Sudanese woman didn't want to wear it, she could choose to stay home. He comments that it might also be useful to encourage marital fidelity in the United States; whether this is an attempt at humor is unclear.

He warns that the cannibalistic Caribs castrated their prisoners to improve their taste, but assures the reader that they only ate vegetarians. He observes that foreskin can be used for skin grafts, which is true, and oddly warns that white men should "avoid adverse cosmetic effects" of grafting skin from darker people who have "strong animal vitality" that will cause the skin to grow.

The character of eunuchs

To the extent that his book covers castration, too, Remondino describes eunuchs as having a "stolid indifference...to any or all sentiments of humanity" and "hold the rest of humanity in continual execration." When they engage in sexual activity, they are at risk for "a marasmus ending in galloping consumption". Sadly, "the future proceedings of men and things on earth do not much interest those unfortunate members of society in any great degree, interest in worldly affairs and testicles seemingly having been as intimately connected in those early and remote days as with us of the present..."

Some "exceptional cases" result in "eunuchs holding the highest offices in the State under the reigns of Alexander, the Ptolemys, Lysimachus, Mithrades, Nero, and Arcadius. The eunuch Aristonikos, under one of the Ptolemys, and another, Narces, under Justinian, led the armies of their sovereigns."

In their favor, eunuchs have "docility and pliability" and "no incentive either to run away or to embezzle". So why, he asks, not castrate today's bankers and national legislators?

"Why are we afflicted with a prepuce?" Remondino laments. It is a "Job's-comforts-dispensing enemy of man." Uncircumcised children are more likely to blamelessly suffer "perversion, stupidity, and irritability of the mind or temper", while women will be unhappy "with a husband partly eunuchised by a constricted prepuce", which is probably the "unconscious power" behind many women's appeals for divorce. He recommends circumcision for both male and female children to "greatly reduce the number of paralytics, feeble-minded, and generally deficient of both sexes" and to cure the "results of reflex neuroses".

This work of rhetoric is instructive today as a historical look at attitudes about race, gender, and sexuality, with an eye specifically toward castration and circumcision.

This article was originally posted to Helium Network on Oct. 4, 2013.