Leveraging the power of emotional words

Writers can intentionally modulate their voice by choosing words based on their emotional connotations. Words do not have “dictionary meaning” alone; they also have a variety of associations. While each reader will have slightly different associations with each word based on their personal or cultural experience, it is possible to make general statements that some words deliver more emotion than others. Writers should be aware of the subtle power of these words. 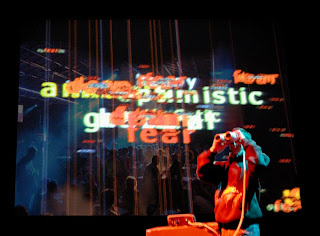 In Robert D. Hare’s 1993 book Without Conscience, he cited “recent laboratory research” showing that people more rapidly identify words when those words have emotional content. Experimenters showed people nonsensical strings of letters (imagine “norkleft” and “beemard”) as well as real words, and asked them to push a button to indicate which words were real. People pushed the “real word” button slightly more quickly when they saw a potentially emotional word like “death” as opposed to an unemotional word like “paper.”

Words are especially emotional when there is a cultural prohibition associated with them. Taboo words “excite the lower-brain circuitry responsible for emotion, which creates electrical impulses that can be measured in the skin,” as Melissa Mohr described it in her book about swearing. She referred to a study by Timothy Jay, “Recalling taboo and nontaboo words,” in which people who heard a list of 36 words were more likely to recall the taboo words. These easily recallable words referred to race, gender, and sex (you can fill in the blanks for yourself about just what those words might be) and were the same words that “caused higher skin conductance frequencies.” Mohr also cited research showing that trial juries perceive witness statements as more believable when the witnesses use swearwords.

Gina Kuperberg performs research at Tufts University about how the brain reacts to emotional language. As Jacqueline Mitchell described the study in TuftsNow: “...volunteers were given three types of nearly identical sentences that began: Sarah is in her hotel room when the man comes in with a [blank]. The last word — either rose, tray or gun — radically altered the scene described.” A particular kind of brain response was larger for the words “rose” and “gun” (which connote romance and violence) than for “tray.” Her lab also studied what happens when the sentence was in second person (e.g. “You are in your hotel room...”) and found a difference in perception when emotional words are related to oneself.

As a writer, you can use this information to carefully consider how you reveal an interesting piece of information. Suppose, in your storyline, a man walks into a hotel room bearing three things: a rose, a tray, and a gun. The rose lies visible on the side of the tray, while the gun is initially hidden under a silver cover which is then lifted. There are multiple ways of revealing the sequence of events. You may wish to say that the man was bearing a gun, and only later reveal that the gun had been hidden. (This is how a detective might reconstruct the story of a murder.) You may wish to emphasize how the rose was used as a ploy to gain entrance to the room. Or you may wish to briefly trick the reader by beginning with the mention of an uninteresting tray, and then take the reader by surprise by describing what is on it. There's no one "right answer." These are simply different ways of engaging the emotional circuits in the reader's brain.

Sometimes writers hear advice like this and wonder if it recommends that an excessive amount of attention be paid to the individual words that make up a story or essay. The rejoinder is that writing is made up of words. The writing may be analyzed at a higher level, but at the end of the day when the interpreters go home, all that persists are the words themselves. Just as a construction company must worry about the integrity and placement of each brick, a writer must be concerned with each word. Awareness of the impact of emotional words in particular can help a writer achieve greater success.