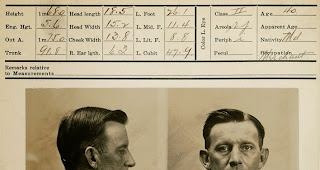 The Real ID Act was a post-9/11 attempt to mandate technological and data-sharing enhancements to government-issued identity cards. It was tacked on to the end of an $82 billion military spending bill that passed the U.S. Senate unanimously in May 2005 without any debate on the Real ID portion of the bill. While the federal government argued it was necessary to prevent people who arrive in the country illegally from obtaining false identity cards, many individuals, institutions and local governments perceived it as a privacy intrusion.

It was originally supposed to be implemented in May 2008. Ideological and practical objections to implementing Real ID resulted in formal extensions for implementation, first to December 2009, then to May 2011, then to January 2013. As of September 2013, however, only 20 states were judged compliant by the Department of Homeland Security.

Many have speculated that this will soon imply the use of "biometric identifiers" (e.g. fingerprints). To obtain such an identity card, a person would need to show documentation of name, address, birth date, and legal residence in the United States. Finally, states would be required to share their information databases with all other states.

In January 2007, the Maine Legislature passed a resolution objecting to Real ID. Many states followed suit and passed their own legislation against the project. (Aside from triggering privacy concerns, the technology can also be expensive.) Ultimately, like-minded lawmakers from two-thirds of U.S. states formed a coalition to protest its implementation.

The non-compliance of the states was a significant barrier to the federal government's implementation of Real ID. The Act holds that, if state motor vehicle agencies do not meet all requirements by the deadline, the identity cards issued by that state will be deemed obsolete and invalid for federal purposes. This means that millions of people will not have valid ID to drive or to board airplanes. While the threat of this bureaucratic, logistical and economic nightmare was evidently intended to pressure states to comply, the states have repeatedly called the federal government's bluff.

"The Real ID Act's identity cards will be required if one wants to drive, visit a federal government building, collect Social Security, access a federal government service or use the services of a private entity (such as a bank or an airline) that is required under federal law to verify customer identity. It will be nearly impossible to live without such an ID."

Declan McCullagh elaborated in 2008 that the Department of Homeland Security has the power to extend the list of affected activities:

"Real ID could in theory be required for traveling on Amtrak, collecting federal welfare benefits, signing up for Social Security, applying for student loans, interacting with the U.S. Postal Service, entering national parks, and so on."

He added that Homeland Security recently "refused to rule out requiring Real ID for firearm purchases in the future."

Residents of Kenya are required to carry a national identity card [kipande] that shows their ethnic affiliation. First introduced by colonialists to restrict the movements of native Africans, the kipande continues to cause ethnic tension in Kenya today. [obsolete URL: http://www.identity.go.ke ] There is also political disagreement over the denial of the card to Muslim minorities who have lived in Kenya for generations. (For a detailed history, see “Race, Class and Colonial Legacies in Kenya,” by Onyango Oloo) While the card system is not responsible for the ethnic violence, it has reportedly facilitated it.

U.S. states are slow to comply

Once again, two months before the revised deadline in May 2011, the National Conference of State Legislatures said that 24 states were non-compliant.

And again: With less than one month to go before the planned January 2013 implementation, the Department of Homeland Security said that only 13 states had already met the requirements. "DHS expects to publish a schedule by early fall 2013 and begin implementation at a suitable date thereafter," the department's official press release said. In other words, there was no plan to punish the residents of non-compliant states.

By September 2013, the number of compliant states had increased only to 20. The remainder continued to enjoy a "temporary deferment," meaning that the government will "continue to accept driver’s licenses and identity cards issued by all states" for the time being.

The DHS "REAL ID Public FAQs" webpage that had contained this information in September 2013 was subsequently removed and republished under a different URL. In December 2014, the new page said that Real ID was scheduled to be in place already for federally classified "restricted areas," was scheduled to be required within the month for "semi-restricted areas," but that the refusal to accept IDs issued by noncompliant states for the purposes of boarding commercial aircraft would not be enforced until 2016 at the earliest. In December 2016, it was reported that drivers licenses from 9 states — Kentucky, Maine, Minnesota, Missouri, Montana, Oklahoma, Pennsylvania, South Carolina, and Washington — would become invalid for air travel beginning Jan. 22, 2018 because those states were not yet in compliance with Real ID standards.

Will Real ID become obsolete even before it is implemented?

Of course, the delay on the Real ID scheme does not mean that citizens' data are not being collected by other methods. As just one example, radio-frequency chips (RFID) are increasingly commonplace. U.S. passports already use them. New York offers optional RFID enhancements to driver's licenses (for a fee) so that they can be used for travel between Canada and Mexico. In January 2013, a U.S. district judge ruled that public schools can require students to carry RFID.

"The government has easy access to our tax information, stock trades, phone bills, medical records and credit-card spending, and it is just getting started," Andy Kessler wrote for the Wall Street Journal in January 2013. He pointed out that the country has 30 million commercial surveillance cameras and that "the National Security Agency is building a $2 billion, one-million-square-foot facility with the capacity to consume $40 million of electricity a year" for the purpose of being able to store the data from "every email, cellphone call, Google search and surveillance-camera video for a long time to come."

The idea behind Real ID may therefore be fulfilled by other technologies and regulations, even if Real ID itself is never implemented. Nearly a decade on, it remains to be seen whether the U.S. federal government will ever force the states to comply. It may be that some powerful new technology will eventually render ID cards themselves obsolete.

Image: A U.S. prisoner's identity document in 1916 included physical measurements. Image by: Department of Justice. Office of the Superintendent of Prisons. U.S. Penitentiary, Atlanta. © No known copyright restrictions. Flickr, on the Commons.