Some people write confessional memoirs that reveal infidelity, drug use or violence. What motivates people to write these potentially embarrassing stories? Is there benefit? 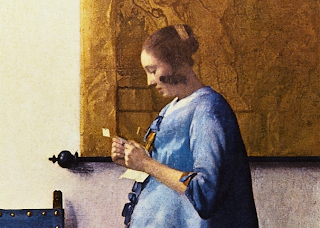 Confessional memoirs probably had more shock value in previous decades. Today, it is no longer only celebrities or embattled souls who feel driven to share lurid tales or to reveal how they have compromised their ideals or fallen short. Moreover, the promise of redemption, or at least a large paycheck, is no longer required to elicit these stories. Today, ordinary people voluntarily broadcast their personal history on the Internet without compensation.

Of course more effort goes into writing a book than a Facebook post, so there may be different motivations behind writing a book. Yet there is meaning in the allegory that "Facebook is the novel we are all writing," as Katie Roiphe put it. There is a way in which the collective attitude that favors and participates in revealing personal details online helps construct a definition of the self, just as a novel through its narrative presents an interpretation of the self.

Some examples of confessional memoir

A couple of the more recent titles were pointed out by Julia Baird in "Our era of dirty laundry" (Newsweek, March 8, 2010):

"When we joke that Elin Nordegren attacked her husband Tiger Woods with a golf club, when Elizabeth Edwards writes books about resilience, or when Jenny Sanford publishes a memoir confirming that her husband is indeed a self-involved cad (and tightwad), we cheer and roar. No more little woman on the sidelines!"

In a slightly different genre, Wendy Plump wrote a memoir of infidelities committed by both herself and her husband.

There is literature about drug use, including "Memoirs of an Addicted Brain" by neuroscientist Marc Lewis about his personal experiences. There are also memoirs of violence. The teenage prostitute Amy Fisher, after shooting her pimp's wife in the face, published "Amy Fisher: My Story" in 1993 and "If I Knew Then" in 2004. O. J. Simpson, over a decade after being acquitted of murdering his wife, wrote a book with the hypothetical title called "If I Did It"; his wife's family acquired the rights to the book and repackaged it with the word "if" in relatively tiny font so that it appears to be "I Did It: Confessions of the Killer."

You don't have to be a celebrity, scholar or professional writer to air your laundry. In "Your life torn open," (Wired, Feb. 3, 2011), Andrew Keen says that today's social media is "fuelled by our billions of confessional tweets and narcissistic updates." In contrast, he highlights a 17th-century painting by Jan Vermeer, “The Woman in Blue Reading a Letter,” which for him evokes a moment of “social invisibility” and reminds him of “the history of privacy.”

Keen believes that the increasing use of social media to share everything is "a trap" that "is rooted in a misunderstanding of the human condition," as he believes that human happiness comes from aloneness rather than togetherness. This claim is surely overstated; individual personalities differ in their preferences for socialization and solitude (see Anneli Rufus’ "Party of One: The Loners’ Manifesto"), and such preferences are also culturally influenced (see Gish Jen’s "Tiger Writing: Art, Culture, and the Interdependent Self"). Despite the overstatement that humans fundamentally prefer to be asocial, the observation that people may trap themselves by entirely abandoning notions of privacy is probably correct.

In 2003, Anita Allen published an article in the Alabama Law Review called "Privacy Isn't Everything: Accountability as a Personal and Social Good." She set up "privacy" and "accountability" at opposite ends of a spectrum and argued that, while they are both valuable, there is some overlap in the situations where they apply. For example, child-rearing is an area of life in which parents want privacy to make their own choices but about which some public accountability is also necessary for the sake of the child's welfare.

Allen was writing at a formative historical moment with respect to this philosophical question. She was able to recognize that the United States was entering "an era of increased surveillance and security" following Sept. 11, 2001, but Facebook had not been founded yet and blogs were only just bursting into popularity, and therefore much of what we know as the "social" Internet today did not yet exist to buttress this surveillance.

Allen observed that both privacy and accountability are related to dignity. With regard to privacy, "intimate relations, sex, health, and personal finances still merit a privileged status," yet at the same time, "the fact that we expect accountability of fellow humans is a measure of the seriousness with which we regard them." Additionally, because decisions about when to deliberately ignore someone's behavior and when to meddle in their affairs are heavily influenced by power dynamics such as race and class, those decisions demand careful attention.

The ideas in Allen's paper can inform a discussion about confessional memoirs by making one more hesitant to assume that privacy is always the more dignified choice. Some people write memoirs as a way of holding themselves and others accountable for their actions, and they may perceive that this dignifies their lives because it recognizes that their actions have consequences and that it dignifies the lives of others who may have been hurt or affected.

Too much accountability: Can it backfire?

"In our narrative of the feisty, spurned woman, the private, silent stance of wives like Jackie Kennedy Onassis and Silda Spitzer seems archaic. The advice these women would once have given - 'Don't air your dirty laundry in public' - now seems quaint, a relic of an era when people thought pain was a private emotion."

Feminists in the 20th century argued that "the personal is political," and Americans increasingly began to speak out about marital infidelities. However, Baird questions whether the confessional memoir might "deepen and extend your pain," especially in light of a 2000 study that indicated that counseling for grief may sometimes be counterproductive insofar as it can prolong the grieving process.

The role of confessional literature

Readers are drawn to embarrassing, true life "tell-alls" for a variety of reasons. Gossip is a staple of human society. Confessions of wrongdoing can be as exciting as the "true crime" genre. People who have survived a difficult situation (or who witness someone they care about going through a tough time) often appreciate gaining perspective by reading about someone else who has gone through a similar strait. And devoted fans are interested in everything celebrities do, whether it is of consequence or not.

So, there will always be a continued role for such memoirs, but their popularity, their perceived uniqueness and their capacity to shock will change over time, depending in large part on how they complement the Internet's "social" culture.