The eunuch character Akorna is vital to Vicente Herrasti's Spanish-language novel "The Death of the Philosopher." 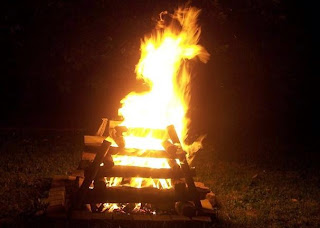 Vicente Herrasti's novel "The Death of the Philosopher (Acarnia in the Distance)" - "La muerte del filosofo (Acarnia en lontananza)" - imagines events following the death of the fifth-century B.C.E. Greek philosopher Gorgias. Published in 2004, the Mexican author's book does not seem to have been translated from Spanish into English yet, except for the first chapter which was translated by Sylvia Sasson Shorris and can be read free online.

The main character is Akorna, a faithful servant of the aged philosopher during the last years of his life. When Gorgias finally dies, the soft, unsuspecting slave is cast to the whims of much harder men who are interested in the philosopher because they suspect he has died with a hidden fortune.

The omniscient narrator knows - or at least claims to know - the thoughts of Gorgias, Akorna and all the other characters. The reader is therefore privy to their schemes and knows when they are lying to each other. Generally, the narrator does not seem to attempt to judge or mediate the characters' thoughts, although proverbs are frequently quoted from Gorgias' masterpiece "Exhortation to Obedience."

A phrase such as "Akorna thought..." might be referred to by cognitive scientists as a "source tag," according to Lisa Zunshine in "Why We Read Fiction", in the sense that it attributes the information that follows to a particular source, that is, a particular person. The narrator of "The Death of the Philosopher" often omits these source tags.

So, for example, while Akorna tends the dying Gorgias, the narrator tells us, "there's no room for doubt: the scent of laurelberry would cling to Akorna to the end of his days." Following the narrator's implicit claim to know Akorna's present or future thoughts, he adds: "No more fig compote, wild mulberries and honey; no more rations of clean water with bran..." Is this a simple statement of fact: There will be no more fig compote? Or is it another statement about Akorna's mind: Akorna imagines never bringing fig compote to Gorgias again and perhaps never eating it again, but he might be mistaken?

One of the characters is a captain who, in one instance, reflects about the uselessness of poetry immediately before great violence. It is difficult to tell whether the reader should trust that this is indeed the captain's sentiment or if there are layers of interpretation that should be credited to the narrator or the author. Of course, as this is a work of fiction, there are no facts about what anyone "actually" feels in the sense that none of the characters actually exist. It is historical fiction based loosely upon the life of Gorgias, who did really exist but about whom little is known. The omniscient narrator's voice has a way of flattening out the distinctions between different characters' minds, emphasizing that a story is being told, but resisting too much inquiry into how the narrator came to know who was thinking what.

Akorna's master has always erroneously called him "el acarnio," a reference to a mountainous region in central Greece. This region as it is described in the comedy "The Acharnians" by Aristophanes, a contemporary of Gorgias, is usually translated as Acharnania, but translated into Spanish by Angel Maria Garibay it became "Acarnia," and this is what Herrasti chose to use, according to the book's glossary. Herrasti's term "el acarnio" is also wordplay on the lack of carnal drive, as Akorna is a eunuch. He never corrected his master during his ten years of service until finally he stood over his corpse and uttered his true name.

As an unassertive, uneducated slave, Akorna is picked on by other characters and further derided by the narrator for being a eunuch. "The eunuch's intellectual faculties weren't much better than those of his comrades in misfortune," the narrator says, meaning he's no brighter than the average eunuch, but qualifies it by adding that the philosopher had treated him as if he were educated. He is described as a "man without manhood" ("hombre sin hombria"), fat and unfeminine, having been castrated after puberty.

Frinico, a man who shows sympathy to Akorna, has never seen a eunuch before and wonders things like "Was the castrate's laugh a final fleshly caprice, his minute legacy?"

Akorna's devotion to his master

Frinico is aware that others are interested in ascertaining the location of Gorgias' fortune. Akorna, who cries even thinking about profaning his master's tomb, has no idea that his life is at risk until Frinico warns him, even though he has been treated poorly since Gorgias' death to the extent that men have wiped their hands on his hair, forced him to stand the longest in the extreme heat next to Gorgias' funeral pyre and chained him up. The slave has wished he were dead, but he does not contemplate suicide.

Before losing consciousness next to the funeral pyre, Akorna hallucinated that the pages of the "Exhortation to Obedience" were stored in his wounded area, under the skin where his glands used to be. This is an access to a very private mental detail about which the reader might imagine that even Akorna himself might not remember after reviving. This contrasts the book with Gustave Flaubert's historical novel "Salammbo", set in the third century B.C.E. in North Africa, in which the eunuch high priest Schahabarim is described almost entirely in terms of his outward behavior, and the reader knows very little about what that character privately thinks and feels.

It's hard to find books with well developed eunuch characters. Herrasti's short novel, with a rich Spanish vocabulary, is a worthwhile read.

- December 10, 2014
Email ThisBlogThis!Share to TwitterShare to FacebookShare to Pinterest
Labels: aristophanes, eunuchs in literature, fiction about eunuchs, novels about eunuchs