Buddhist monks are leading attacks on Muslim shop owners and worshippers in the nation of Sri Lanka. This article was originally posted to Helium Network on Jan. 13, 2014.

Buddhism is widely known as a peaceful religion. The first of the Buddha's five precepts is the oath of nonviolence. Yet today in Sri Lanka, some Buddhist monks are leading a militant campaign against the nation's minority Muslim population. Despite being long established in Sri Lanka and economically successful, Muslims find themselves held suspect and treated as a demographic threat.

Recent violent incidents by Buddhists against Muslims in Sri Lanka 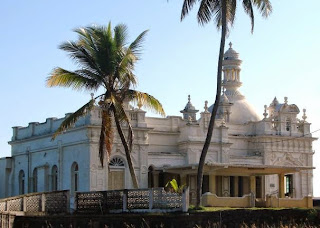 On April 20, 2012, a large Buddhist mob that included monks vandalized a mosque in the city of Dumbulla. Police did not intervene, and the government later ordered the mosque to be removed on the grounds that it was in a Buddhist area, although the mosque had been there for decades.

On March 29, 2013, monks led a mob in the vandalization of a clothing store owned by Muslims.

On Aug. 10, 2013, a Buddhist mob in the capital city of Colombo threw stones at a mosque during evening prayers, three days after the end of the Muslim holy month of Ramadan. Several people were injured, including two policemen who were guarding the mosque, and there was residential property damage.

Buddhist monks had protested against the same mosque the previous month. It was a new building, sited close to a Buddhist temple. The objecting Buddhists had asked for the mosque to be relocated after the end of Ramadan. They were angry because Muslims were still praying there.

Ironically, the complaint that these Buddhists levy against Muslims is that the rival religion promotes extremism. They also wish to preserve Buddhism's majority status, and they are concerned that Islam seeks converts. This claim is sometimes also levied against Christians.

Sri Lanka is an island to the south of India with a population of 20 million. It is known to the West for its exports of spices, tea and gems.

Sinhalese and Tamil are the nation's two official languages. As far back as the 16th century, Muslims in Colombo - which was then a majority-Muslim city - wrote the Tamil language in Arabic script, but today they write in Tamil script.

Sri Lanka was embroiled in civil war from 1983-2009. The Liberation Tigers of Tamil Eelam, more commonly known as the "Tamil Tigers," wanted an independent state for the Tamil ethnic minority. Nearly 70,000 people died in the conflict. The government eventually claimed victory when the Tamil Tigers' leader, Thiruvenkadam Velupillai Prabhakaran, was killed.

The Tamil Tigers were not a religious group. They followed a secular Marxist/Leninist ideology and opposed all religion. Sri Lanka's government, too, is officially secular, even though the nation's constitution says that Buddhism will be privileged. Many Tamil-speaking Muslims assisted the government in the strategic fight against the Tamil Tiger rebels.

The question of why Sri Lankan Buddhists participated in Sinhalese-Tamil ethnic violence, despite their religion's strong message of nonviolence, is addressed in the 1992 book "Buddhism Betrayed? Religion, Politics and Violence in Sri Lanka" by Stanley Jeyaraja Tambiah.

While the war was more about ethnicity than religion, strong ethnic tensions of the past have undoubtedly fed into the religious tensions that are growing today. Over the course of the war, the Muslim population grew at a rate twice as fast as the Buddhist population. Muslims "control at least half of small businesses and hold near-monopolies in the textile and gem trades," according to a Fox News article. Some Buddhist nationalists claim that there is a Muslim conspiracy for demographic domination, including even secret sterilization campaigns allegedly perpetrated by Muslims against Buddhists through the sale of poisoned underwear.

Attention now falls upon the monks of Bodu Bala Sena (the name means Buddhist Power Force), an order founded in 2012 by Galagoda Atte Gnanasara and Kirama Wimalajothi. They organize rallies at which they raise their fists and promote pro-Buddhist, anti-Muslim rhetoric. They deny organizing any attacks. Nonetheless, they instill enough fear that Fox News had difficulty finding any critics of Bodu Bala Sena who were willing to speak on the record for their article in January 2014.

A peaceful Buddhist organzation active in Sri Lanka is Sarvodaya Shramadana, a non-political organization promoting social services, empowerment, and interfaith collaboration. "Sarvodaya believes that peace is a social goal as well as a spiritual goal for each individual. These two forms of peace are inextricably linked in Sarvodaya's Engaged Buddhist vision," George Bond explained in "Sarvodaya's Pursuit of Peace," published in "Buddhism, Conflict and Violence in Modern Sri Lanka."

Interfaith tensions pose problems in many countries. These problems can be addressed. Through consistent work for peace, including goodwill, education and reconciliation, Sri Lanka, too, can have a promising future.