A poem about the 2010 oil spill in the Gulf of Mexico. Based on "The Walrus and the Carpenter" by Lewis Carroll in "Through the Looking-Glass". 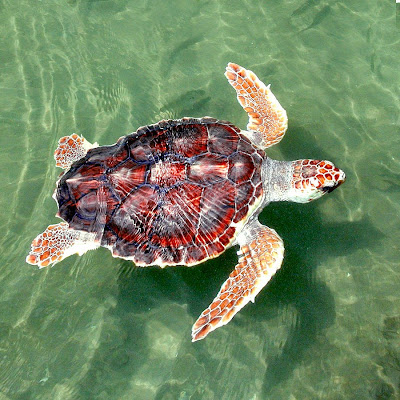 The rig was drilling in the sea,
Drilling with all her might –
She did her very best to pump
The mud that makes it right –
Yet still there was a pressure change
Near ten o’clock at night.

The sea had salty purity,
The sparkling sands were dry.
You could not see a cloud, because
The sun had quit the sky –
The pelicans flew off to bed,
Politely passing by.

The Walrus and the Oil Man
Colluded in First Class
When suddenly up rocketed
A fireball of gas –
Farewell the boat, farewell the crew,
As for the sea – alas!

“If forty thousand janitors
Each brought a paper cup,
Do you suppose,” the Walrus said,
“That they could mop it up?”
“I doubt it,” said the Oil Man,
So smartly clamming up.

The Walrus and the Oil Man
Sailed on a month or two;
The oysters smiled and waved at them
And shouted, “God bless you!”
And this was odd, considering
The creeping toxic brew.

“The time has come,” the Walrus said,
“To fault-find on these grounds:
On oysters – ships – and blown cement –
On permitting – and pounds –
On accidents of Christmas Past –
And how a dead whale sounds.”

“I weep for you,” the Man replied,
“I deeply sympathize.
Big Oil loves all living things
From large to smallest size!”
He turned to face the cameras
With lightly streaming eyes.

“I drafted,” said the Oil Man,
“A plan to guard the health
Of every walrus in this sea.”
None grinned with tusky mouth –
And this was scarcely odd, because
They don’t live in the South. 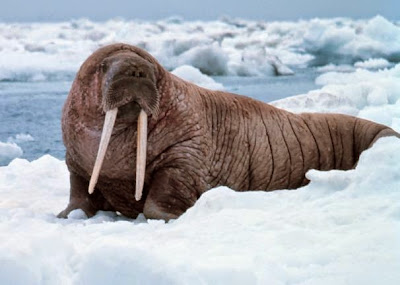 Poem by Tucker Lieberman, June 2010. Based on “The Walrus and the Carpenter” by Lewis Carroll in his book “Through the Looking-Glass,” 1872.)

A walrus on the ice in Alaska's Bering Sea. (They don't live in the South.) Photo taken by Captain Budd Christman, NOAA Corps © public domain (taken by a U.S. government employee). Wikimedia Commons.