'The Last Unicorn' (1982 film): An animated unicorn in pursuit of her lost tribe

"The Last Unicorn" is an animated, G-rated children’s film released in 1982. The film is set to a soundtrack of ballads by Jimmy Webb, performed by the band America. It is based on the 1968 novel by Peter S. Beagle, who also wrote the adapted screenplay. The time and place are unnamed, but it seems to be set in an agrarian Europe, and the detailed, handpainted animation is inspired by a medieval aesthetic. Voice talents include Jeff Bridges, Mia Farrow, and Angela Lansbury.

The story's conflict is straightforward. Suddenly realizing she has been the sole member of her species within her forest for a long time, the unicorn leaves the safety of its groves, risking mortality on the outside to discover what has become of the other unicorns. She gradually learns that they have been chased by an illusory magical animal into the clutches of a cruel human king. She is not the last unicorn, after all – only the last free one.

The unicorn soon befriends a young aspiring male magician, Schmendrick, an all-around nice guy of unassuming character and unflappable demeanor. Schmendrick does not actively study magic. Rather, like Luke Skywalker in Star Wars, he awaits his coming-of-age transformation when he will learn to use the Force that already surrounds him. A grizzly young woman, Molly, is inspired by the unicorn's very being and leaves her pack of vagabonds to accompany Schmendrick and the unicorn on their quest. 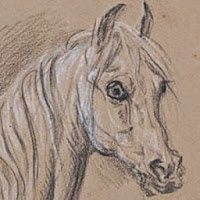 The unicorn is a noble, feminine creature who looks – to those who can see her – like a horse with a horn on her forehead, but her body is rather more fluidly jointed than a horse's, and she sleeps lying down. The stated magical rule is that some women, but no men, can detect her true nature. Men are supposed to see only a horse when they look at her. However, this gendered rule seems flexible in practice within the film. The unicorn cannot bear to see other magical creatures in cages, even if they are demonic. She is an independent spirit, having no need of stability or a sense of belonging, and she is unable to feel regret. It seems to be mainly curiosity that drives her to investigate the fate of the other unicorns.

"The Last Unicorn" presents complex themes about how people can change over time yet always are called back by their true nature or their original quest. It shows that things are not always what they seem, and that some people are trustworthy while others are not. It is an unusual film that children will be able to watch more than once while continuing to learn from it, and it is also rather entertaining for adults. It is also refreshing to see old-school animation without the extensively computerized graphics that have become popular today.

- November 17, 2014
Email ThisBlogThis!Share to TwitterShare to FacebookShare to Pinterest