Holding meaningful discussions with people who have different beliefs about God 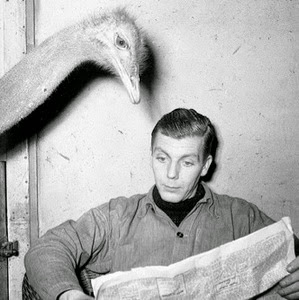 "Each of us has a basic view of reality and God that we act out every day," says Geneen Roth in Women Food and God (2010).  Who can deny that simple, foundational statement?  "Anyone who breathes and thinks and experiences," she wrote, "has beliefs about God."

Are religious beliefs, or the lack thereof, important? They surely are. Beliefs combine to craft the worldview that drives a person's most cherished values: their sense of self and society, their sensitivity to the world, their joy and sympathy.

James Calvin Davis provides this definition in his book In Defense of Civility (2010):  "A worldview is a moral reading of the universe. It is an interpretation of the events that surround us, the choices that confront us, and the responsibilities that obligate us – all in relation to a particular understanding of the 'meaning of life.'"

In Davis's opinion, it is a misguided secularism that attempts to shove all "religious ideas" out of public discourse.  Everyone has a worldview that informs their values. Some worldviews are religious, and therefore not everyone can easily separate their moral concepts from their religious concepts, nor should they be expected to do so as a prerequisite for dialogue. It is not necessary to shut down all dissimilar religious beliefs before commencing discussion.  In fact, a discussion can be held directly about the dissimilar religious beliefs as well as about what other beliefs might result from them.

Chris Stedman's book Faitheist (2012) makes a similar point:  "Religious and nonreligious identities are perhaps our most important social capital, for they signify our most central values, which inform how we act in the world."  He is careful to distinguish atheism as an "identification marker" rather than a "belief system."  Nevertheless, an atheist identity can suggest the inclusion of some belief systems and values and the exclusion of others, so it is a meaningful, important identity, just as religious identities, belief systems, and values are meaningful and important.

Written from an atheist perspective, Stedman's book strongly advocates for dialogue between people with "different metaphysical beliefs." Openness to exchanging stories about personal beliefs is part of "taking religious identities seriously." The point is not necessarily to attempt to convert the other to a different opinion, but to perceive and understand the other as one does in a relationship.

Atheists who primarily practice the art of monologue, as Stedman admits he once did, risk operating with "caricature and critique instead of humility, honesty, and open-mindedness" and "treating religion as a concept instead of talking to people who actually lived religious lives."

When two people investigate the possibility that they have some shared values despite some differing beliefs about God, it amounts to "the difference between mere diversity and engaged pluralism."  The result of this pluralistic work can be "a diverse community defined by shared values rather than shared identity."

It is perhaps a side benefit that, whenever someone expresses willingness to discuss values, their very willingness is a public example that members of their identity group care about values, reminding everyone else of their humanity.  All this, even before a single specific word is spoken!

In her book Because I Say So: The Dangerous Appeal of Moral Authority (2010), Nikki Stern says:  "Ethics and morality don't eliminate the possibility of faith; they simply don't require it. It's hard to imagine being more tolerant than that."

To put it another way: expressing one's values in word or deed neither precludes nor requires a religious identity. Feeling secure of this fact will lead to tolerance of those with different identities. The next step can be a proactive, pluralistic approach.

A note on the image above: If an ostrich has the patience to read a newspaper, each of us can try to understand another person. Photo by Anefo / Noske, J.D., 17 Feb 1951. © No known copyright restrictions. Nationaal Archief of The Netherlands, No. 904-4385. Flickr.

This article was originally published to Helium Network on Nov. 10, 2012.