The surge in OxyContin abuse in the United States 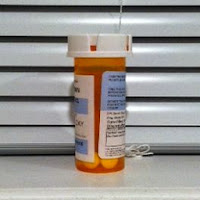 OxyContin is Purdue Pharma's brand name for the opiate painkiller oxycodone; the generic version of the drug became available in 2004.

OxyContin tablets are designed to be swallowed so that the medication releases slowly over twelve hours. When the drug is abused, the addict generally crushes the tablets to enable faster delivery, after which the drug is swallowed, snorted, or injected.

The drug can be legally prescribed, and some addictions begin inadvertently. The patient may ingest too much, or a family member may be tempted to try the drug or sell it to others. The U.S. Substance Abuse and Mental Health Services Administration reports that the street value of OxyContin can be up to ten times its retail value. When someone dependent on OxyContin begins to withdraw from the drug, they may experience coughing, yawning, heart palpitations, insomnia, and general "jitteriness" – accompanied by a desire to use the drug again.

Some unscrupulous providers will sell large bottles of the pills that far exceed the amount that most patients need. In the United States, serious government-level efforts to introduce legal requirements for online pharmacies to disclose their "owners, locations, doctors, affiliated pharmacies, and telephone numbers" were made in 2000, but an actual federal Food and Drug Administration requirement was not implemented until 2009. On the state level, Massachusetts Gov. Deval Patrick signed legislation in 2012 to mandate that doctors register for a tracking program designed to flag drug abuse.

The New England states of Maine and Vermont have a treatment rate for oxycodone abuse that is high above the U.S. national average, according to federal data from the years 1998-2008. The abuse rate seems to be climbing. In 2010, the number of OxyContin pills prescribed in Maine was five times the number that were prescribed in 2006, and the number of pharmacy robberies in Maine in 2010 increased tenfold over 2008.

In the New England state of Massachusetts, between 2002 and 2007, the number of residents who died from overdosing on opiates was shockingly more than 40 times the number who died in military service in Afghanistan and Iraq.

Other regions of the United States are also affected, especially in rural areas. Kentucky's Rockcastle county, with a population of 16,000, has an average of one drug-related death every week. In Knott County, "more than half of the children have lost their parents due to death, abandonment or legal removal....And in nearby Johnson County, so many children have lost parents that school administrators there changed 'Parents' Day' to 'Guardians' Day.'" CNN's story on this topic implied that much of this drug abuse involves prescription medications. Operation UNITE, an organization fighting drug abuse in Kentucky, said that drugs killed more people in the state in 2011 than did motor vehicle accidents. Over a two-year period, the organization's mobile medical incinerator destroyed over 1 million pills surrendered by individuals, medical providers, and police.

Purdue Pharma and three of its executives pled guilty in 2007 to providing misleading information to its sales representatives about the drug's addictive properties, which the legal system considers to be only a misdemeanor. The company had falsely promoted the claim that OxyContin was less addictive than other painkillers on the market. It agreed to pay $634.5 million in fines. While the executives were sentenced to probation and community service, Judge James P. Jones commented at their sentencing that he wished that prison could have been an option.

This outcome did not seem to much injure the health of the company. Erin Baldassari wrote for the Boston Phoenix that "Purdue's Oxy profits soared from $800 million in 2006, the year before the federal settlement, to over $3 billion in 2011." However, the company's current patent on the drug will expire in 2013.

Information about treatment options is available on the website of the Substance Abuse and Mental Health Services Administration.