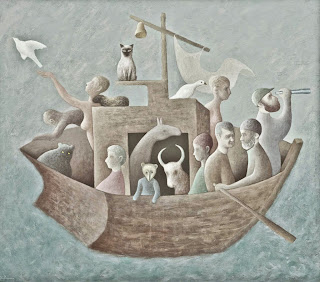 The “Ark Encounter” creationist theme park was revealed in late 2010 as a proposed joint venture between Kentucky Gov. Steve Beshear (D) and the Christian organization Answers in Genesis. It was expected to cost $150 million and was supposed to open for business in the Spring of 2014, but, as of early 2015, workers are still pouring the concrete. Kentucky ultimately declined to award $18 million in tax incentives because Answers in Genesis insists on the right to hire only Christian employees. Answers in Genesis is suing the state. “You can almost always get a state to throw money your way to build a new state attraction, but it's another thing to propose that the state give you $18 million in free money and carve out a special exception for you so that you don't have to follow anti-discrimination laws when you're doing it,” said Hunter on the Daily Kos staff.

Biblical literalism about the creation story is widespread in the United States. The Week Magazine (Dec. 7, 2012) reported that Florida Sen. Marco Rubio dodged a GQ reporter's question about how old he thought the Earth is. Rubio said that the age of the Earth is "one of the great mysteries." The Week noted that Rubio had just "made his first appearance in Iowa, where 68 percent of Republican caucus-goers are Christian conservatives who believe God created the universe in six days just a few thousand years ago." Paul Krugman wrote of the incident for the New York Times, saying that Rubio had previously, in his role as Florida state legislator, "compared the teaching of evolution to communist indoctrination" (as The Week paraphrased it).

Some people see something of dismal metaphorical import in the idea that life evolved, as illustrated by the theologian Nicolas Berdyaev, who wrote:

Evolutionism is, in fact, a conservative theory and it denies creativeness in the world. It recognizes merely a redistribution of the parts of the world. Change takes place as the effect of impulses from outside, and no change is ever detected which happens within, from interior activity, from freedom. The external influences, the jolts form outside go on for ever, the inward is never reached, there is no core of any sort which possesses creative energy.

The meaning of this seems rather inscrutable. There is undoubtedly creativity in the world. The question is, who or what is a creative agent, who or what do they have influence over, how is the change effected, and how long does it take?

If the theme park in Kentucky were able to tackle these questions, it might be a good use of $18 million, but somehow I doubt it is in their business plan.

Quote from Nicolas Berdyaev, The Divine and the Human. London: Geoffrey Bles, 1949. p 50.