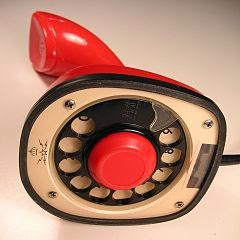 Another vital step the President took in the days following 9/11 was to authorize the National Security Agency to intercept a certain category of terrorist-linked international communications...If we’d been able to do this before 9/11, we might have been able to pick up on two of the hijackers who flew a jet into the Pentagon. They were in the United States, communicating with al-Qaeda associates overseas. But we didn’t know they were here plotting until it was too late.

Tim Grieve countered that "the Bush administration was indeed 'able to do this before 9/11.' If the administration wanted to listen in on the phone conversations of suspected al-Qaida members lurking in the United States before 9/11, all it had to do was ask the Foreign Intelligence Surveillance Court for a warrant to do so. It didn't even need to ask first: The law allowed the administration to start listening first and seek a warrant after the fact." Grieve added that, given that Bush wanted to waive the requirement for a warrant on the grounds that it might be necessary to prevent terrorism, then he might have had the foresight to do so during "the 200 or so other days that passed between the afternoon he took office and the morning that the planes struck," rather than after the fact.

In February 2011, three provisions of the PATRIOT Act were up for renewal but fell short of the two-thirds majority vote required in Congress. The bill passed Congress a few months later, in May, and was signed by Obama on the day that the provisions would have expired. The extension was for four years.

One of the three provisions, Section 206 of the Patriot Act, provides for roving wiretap surveillance of targets who try to thwart Foreign Intelligence Surveillance Act (FISA) surveillance. Without such roving wiretap authority, investigators would be forced to seek a new court order each time they need to change the location, phone or computer that needs to be monitored.

Another provision, Section 215, allows the FBI to apply to the FISA court to issue orders granting the government access to any tangible items in foreign intelligence, international terrorism and clandestine intelligence cases.

The third provision, Section 6001 of the Intelligence Reform and Terrorist Prevention Act of 2004, closes a loophole that could allow individual terrorists not affiliated with specific organizations to slip through the cracks of FISA surveillance. Law enforcement officials refer to it as the "lone wolf" provision.

These three provisions are scheduled to sunset once again on June 1, 2015.

“On October 23, 2001, I introduced the USA PATRIOT Act to combat terror in a post 9/11 world. The narrowly tailored bill included sunsets on controversial provisions like Section 215, which was intended to give the government the ability to secure ‘any tangible thing’ connected to specific terrorism investigations and potentially ripe for abuse. As is now common knowledge, following major leaks of government documents, the Bush and Obama administrations took the limited power Congress intended and went rogue. If we knew during any subsequent reauthorizations what we now know about Section 215’s blatant misinterpretation, Congress would have allowed it to sunset. And if it’s not fixed by the 2015 reauthorization, Congress will.
* * *
The basic idea behind American search and seizure law is that you can’t investigate unless you can first provide at least some articulable reason to do so. Investigations can’t just be arbitrary.
* * *
For these reasons Senate Judiciary Committee Chairman Pat Leahy (D-VT) and I introduced the USA FREEDOM Act. This bill would end bulk collection under Section 215, ensure national security letters are not used for bulk collection, reform the secret intelligence court and provide greater transparency into the government’s surveillance activities.”

Section 215 is an obvious target for reform. As the pro-NSA rhetoric reaches a fever pitch, it’s important to remember that we have little to no evidence that bulk collection of telephone call records under Section 215 has ever stopped a terrorist attack.

In fact, even the administration agrees—it’s not necessary. The White House admitted that the government can accomplish its goals without bulk telephone records collection.