‘Readers will like this book’: Highlight the book, not yourself, in a review 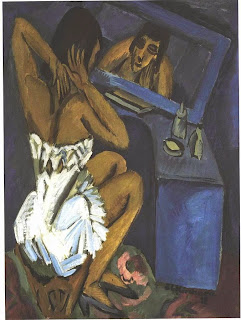 Like the blurb on a book's dust-jacket or a plot summary, a book review indicates the subject matter of the book being reviewed and the approach that the book takes, but it goes further by inserting the reviewer's personal opinion about whether the book was any good. Academic reviews demand a brief analysis and critique of a book's main arguments, while popular reviews might instead focus on the entertainment value of a sports anthology, the believability of a novel's plot line or the utility of a particular recipe collection as a holiday gift. Just because the reviewer should provide her opinion, however, doesn't mean she should use the first-person voice when writing the review.

First-person language includes pronouns like "I," "me," and "my." It also includes the plural forms "we," "us," and "our," especially where this is not intended to refer to humanity as a universalized whole, but to an exclusive sub-group such as English literature teachers, teenage fans of musical theater or members of Aunt Mabel's book club. Some publishers do not permit writers to refer to themselves and to their personal affiliations via the use of first-person language.

Book reviews for these publishers should use the third-person voice. Just as the book's author is a "he" or "she," potential readers should be considered as "they," rather than the "I" who was inspired to write the review or the "we" who gathered at Aunt Mabel's last Tuesday night to discuss it.

In some cases, the second-person voice, "you", may also be appropriate, as in: "You will like this book if you've liked the previous books by the same author."

A book review is not a journal entry

It's easy to write a book review almost as a diary entry about what it felt like to read the book. However, reviewers should not fall prey to this temptation. Many sentences in first-person can be rewritten to convey similar information in the third-person voice. The book review usually sounds better when this is done.

Below are some negative examples - that is, what not to do - regarding first-person language. Explanations are given about what falls short and how it can be corrected.

'My hot date at the movies'

"I read the book before (or after) I saw the movie."

The person consuming the book review doesn't care about the reviewer's hot date at the cinema. The reviewer will better serve the reader by providing information such as: "Many already have seen the movie, but the movie is no substitute for the book, as the book contains interesting dialogue that never made it into the screen adaptation."

"I read the book in one sitting."

The reviewer may intend to imply that the story holds his attention, but instead appears to be bragging about how quickly he reads. Would it matter if the reviewer needed three months to finish reading the book? Or if someone else wanted to read it while running on a treadmill? It shouldn't. So, instead, the reviewer might consider calling the book a "page-turner," a "riveting account" or an "absorbing story."

"I read the book in one sitting while flying across the country in an airplane."

This is a common variant of the above claim to speed-reading, but it's a less-than-ringing endorsement of a book. The simple fact is that air travelers engross themselves in books because it is more entertaining than staring at the backs of strangers' heads for six hours. Since most people fly rather infrequently and have few other opportunities to allow themselves such uninterrupted reading time, the experience of reading a book on an airplane may be personally transformative for the particular person locked in that situation at that time, but that in itself doesn't imply that the book is unique. The same goes for reading in a hammock on an island vacation or in a bed during a lengthy hospital recuperation. The circumstances that force a particular person to focus on reading material are not related to the book's content, nor to what others (who cannot be assumed to have airplane seats at their disposal to enhance their reading experience) are likely to gain from the book's message.

Incidentally, the author is unlikely to feel resoundingly complimented by the insinuation that it was at least easier to read their book than to sit in bored or miserable inactivity. If, on the other hand, one feels transported to another dimension while reading a book because of its inherently beautiful language (and does not feel "transported" merely because one's plane has just arrived in New Jersey), one should comment on that within the book review.

"I can't think of a better book about gingerbread decoration."

Unless the reviewer is familiar with at least a dozen books on the subject, this sort of comment only highlights her unfamiliarity with the topic. It would be disingenuous to rephrase it into a declarative statement that this book is, objectively speaking, the best book, as long as the reader still has no expertise to back up this assertion. It would be more helpful to tell potential readers of the book that "this book contains all the information that a beginning cake decorator is likely to need, as well as some expert-level tips." Ultimately, it doesn't matter how the book stacks up in objective or subjective rankings against other books. Most people just want to know whether it's useful or beautiful as a stand-alone purchase.

'Full of stuff I didn't get'

"I didn't agree with everything, but maybe I just didn't understand it."

If a reader isn't confident that he understood the core elements of a book, he shouldn't publish a review. An exception occurs when the failure definitively lies with the book itself, not with the reader. If the book is so poorly conceived or executed that it would be incomprehensible even to educated, patient people who make a good faith effort to read it, it is acceptable to say so. A reviewer might therefore legitimately complain: "The argument in the first half of the book is straightforward enough, but shockingly, the author contradicts himself in the final chapter."

'All about my day, which happened to include this book'

"I went to the library for a book about ostriches, but I accidentally checked out this book about medieval swords, and at first I didn't enjoy it, but later I realized that was only because I had a headache, and after I took a pill, I decided the book wasn't half-bad, and I was even willing to pay an overdue fine so I could finish it."

The deficiencies of this tale should be obvious. The easiest solution is to delete this sentence entirely and to replace it with a sentence with a dramatically shifted emphasis that communicates useful information. The only thing that a stranger might care about within the narrative above is what library carried the book. The book reviewer could therefore write: "This book may be difficult to find at public libraries, but some academic libraries have it."

'All the good features of this book were pleasing to me'

The reviewer's personal appreciation for the book is implicit in these statements. Obviously one endorses one's own declarative statements.

That's all there is to it

When these approaches are taken, it's clear that the review has been written from a particular person's point of view, without the reviewer ever having to use the pronoun "I."

If a book review has already been written in the first person, it can probably be converted into third person without too much effort and without significantly changing the meaning. It's worth a try! Doing so will make the piece eligible to be published for a broad audience.