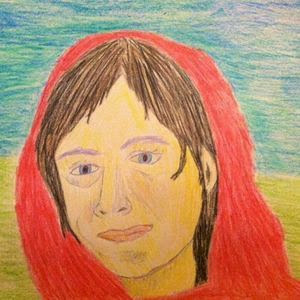 An award-winning young Pakistani peace activist was shot in a deliberate attack in October 2012. She underwent surgery, the cost of which the Pakistani government and several hospitals promised to cover, and she was expected to recover from her injuries.

The shooting targeted Malala Yousufzai, 14, who for several years has advocated secularism and education opportunities for girls in a blog for BBC Urdu. She reported on life in the Swat Valley where the Taliban was burning girls' schools. Last year, she was nominated for the International Children's Peace Prize and received the National Peace Prize from one of Pakistan's former prime ministers.

On Oct. 9, 2012, strange men disguised with scarves approached a school bus in Malala's hometown of Mingora, asked the children to point out Malala to him, and then fired. Two bullets struck her head and neck. Surgeons said her skull was cracked, and although the bullet did not penetrate her brain, her brain swelled and she was unresponsive. A bullet had to be surgically removed from her neck.

Two of her female classmates were also wounded in the attack. They were shot in the shoulder and in the leg.

News of the attack quickly spread across the world. At a concert in Los Angeles the next day, the singer Madonna stripped to her bra, displaying the name "MALALA" written on her lower back.

Tehrik-e-Taliban Pakistan claimed responsibility for the attempted assassination. Calling the girl "pro-West" and "against Taliban," the group's spokesman warned that they would try to kill her again if she survived her injuries, and that "anybody who speaks against us will be attacked in the same way."

All schools in the Swat Valley – a large area near the border of Afghanistan that is home to about one million Pakistanis – temporarily closed in response to the shooting.

Speaking two days after the attack, Pakistan's foreign minister Hina Rabbani Khar said that about a hundred people had been arrested for possible connections with the attackers.

Pakistan's president Asif Ali Zardari condemned the attack. Zardari has unfortunately been affected by such violence many times, including by the assassination of his own wife, former prime minister Benazir Bhutto, in 2007. In the wake of Malala's shooting, Zardari invited former U.K. prime minister Gordon Brown to travel to Pakistan in the near future to discuss children's education. Brown accepted, and he referred to Malala as an "icon for courage and hope."

"Directing violence at children is barbaric, it's cowardly," said a spokesperson for the U.S. State Department.

The spokesperson for United Nations Secretary-General Ban Ki-moon said that the Secretary-General's sympathies were with the wounded girls' families, and that he "expresses his solidarity with the Government and people of Pakistan in their efforts to confront violent extremism."

After her injury, Malala continued her advocacy work for the rights of all children to have an education. Two years and a day after the shooting, she won the Nobel Peace Prize in October 2014. Pakistan's prime minister, Nawaz Sharif, called her “the pride of Pakistan”. Malala cannot go home to Pakistan, however, for her own safety. She attends school in Birmingham, England.

This article was originally posted to Helium Network on Oct. 12, 2012, under the headline "The world hopes for Malala's swift recovery: Child peace activist Malala Yousufzai shot by the Taliban in Pakistan." Pencil drawing by Tucker Lieberman, based on a photograph of Malala Yousufzai.