How literature teaches us to be better people 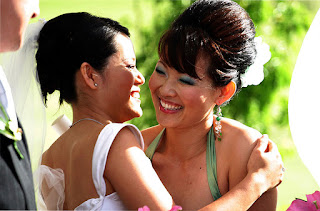 There's a reason that literature is considered part of a broad field called the "humanities": Literature helps us learn more about what it means to be a human being, and it teaches us to do a better job at managing our lives in our inescapably human incarnations.

A good story, whether a fable or a true account, plucks us from our own tired perspective and gives us a fresh take on the world. There is special value in taking the time to immerse ourselves slowly in the tale, as well as in turning the page to begin a new tale that will provide yet another perspective.

It shouldn't be surprising that true reports help one learn more about the world. In one sense, reading a true personal essay can be as educational as reading a newspaper. William Bradley, in an essay for Utne Reader called "Acquiring Empathy through Essays," says:

"Of course I never had the experience of serving in Her Majesty's Indian Imperial Police, but reading George Orwell's experiences in his essays 'Shooting an Elephant' and 'A Hanging' gave me some idea of what doing so was like, and why imperialism is such a terrible thing." Essays, Bradley goes on to say, "give us a record of someone else's consciousness" and enable us to "understand other people in general in a deep and significant way" even when we don't like what they're saying. One might, he warns, "wind up becoming a more patient and compassionate person as a result."

Fiction, too, despite the official ruling that it is "not true" by definition, awakens readers to deep truths. One method by which this happens is the opportunity given to the reader to perceive and feel from another character's perspective. That the events "didn't really happen" is largely irrelevant; the reader may be able to feel them just as readily and powerfully as if they actually occurred.

In David Huddle's novel "La Tour Dreams of the Wolf Girl," a character reads a fictional story about a drowning, and when he retells that story, pretending that it is true, he feels the emotion behind the image. Huddle spins the story thus:

"He'd read about those boys' drowning in a book of short stories for his English class at Choate, but since he knew that Colleen wouldn't listen to him if he told her something he'd read in a book, he'd pretended to have been right there on the riverbank, watching. Now he was surprised at the emotion that welled up in him — as if he'd actually seen the blue faces of his fifth-grade classmates."

This emotional capacity isn't just a quirk of this particular fictional character. It exists in many people, and it can be used for more than lying and manipulation. More positively, it can be used to expand one's horizons to imagine what one might feel if one were in a certain situation, thus prompting one to prepare for future possibilities. It can also help one to learn empathy for others who have already experienced something similar.

In other words, reading the details of a drowning — even one that didn't really happen — can help one mentally prepare for dealing with emergency situations or confronting one's own mortality, and it can provide insight into what someone who has witnessed a drowning may have felt, thus opening a potentially better connection with that person.

Fiction provides a kind of sustained moral exercise. It doesn't ask the reader for an immediate decision about what to do in the moment, as the story's concerns aren't necessarily tied to the reader's real world. Instead, by implicitly asking the reader how they would act in some other world, or by asking the reader merely to observe what other characters do in that world, the story affords the reader an extended period of time to carefully consider their thoughts: unrestrained, unobserved and free of consequences.

Annie Murphy Paul wrote in a 2013 article for Time, "Reading Literature Makes Us Smarter and Nicer," that research over the last decade by Raymond Mar and Keith Oatley has shown that people who read fiction are better able to understand others. This is partly attributable to the depth and speed at which the reader processes the story.

As Paul puts it:

"'Deep reading' — as opposed to the often superficial reading we do on the Web — is an endangered practice...different in kind from the mere decoding of words...A book's lack of hyperlinks, for example, frees the reader from making decisions — Should I click on this link or not? — allowing her to remain fully immersed in the narrative." There is much to be said in favor of the interaction provided by the Internet. Yet there is also a deeply human value in taking time to immerse oneself deliberately in a mental journey.

In "Literature, empathy and the moral imagination", Heather McCrobie cites the work of Martha Nussbaum. "By encouraging us to exercise our moral imagination," McCrobie explains, "we develop our capacity to put ourselves in another person's situation so that those who are different to ourselves in circumstance, identity or practice can no longer be dehumanised." Then, "after we have 'lived' people through literature, it is harder to find them alien or disgusting," because we have shared experiences or at least the impression or imagination of those experiences, and they have become human to us. It is furthermore significant that there are multiple stories - none of them able, on their own, to fulfill single-handedly the reader's need for stories. Humanity has many voices and perspectives, and that is exactly what books give us.

Those who love to read know that a good book can lighten or darken one's mood, reveal layers of meaning in a simple sequence of events, and even change the course of one's life. If you want to increase your empathy and your sense of belonging to the collectivity of humanity, by all means, meditate, pray, talk to your friends, talk to your enemies — and consider reading a novel, too.

Molly Worthen, in a Sept. 4, 2020 opinion for the New York Times, points out the complexities of empathy.

Our capacity to see one another as fellow humans, to connect across differences, is the foundation of a liberal pluralist society. Yet skeptics say that what seems like empathy often may be another form of presumption, condescension or domination. In his 2016 book “Against Empathy,” the psychologist Paul Bloom argued that empathy can cloud rational judgment and skews toward people “who are close to us, those who are similar to us and those we see as more attractive or vulnerable and less scary.” The scholar and activist bell hooks put the matter more starkly. White desire to feel Black experience is predatory, exploitative, “eating the Other,” she wrote.

It’s impossible to perfectly inhabit another person’s experience. The important question is the value of the effort, and whether it leaves us separated by an asymptote or a chasm. Can a straight TV writer create an authentic gay sitcom character? If an author of European descent writes a novel from the perspective of Indigenous people, is it an empathic journey, or an imperialist incursion? “I don’t want to throw out what empathy is trying to do,” Alisha Gaines, a professor of African-American literature at Florida State University, told me. “I’m very critical of it though. Empathy has to be considered in the context of institutions and power.”

The college students I interviewed for this story stressed the role of empathy in firing up their curiosity, critical thinking and self-interrogation. “People often dismiss emotion as a weakness,” Andie Horowitz, a political science major at the University of Michigan, told me. “But a certain level of emotion makes you interested in something, wanting to find the truth.”