Still unconvinced that God exists: Holes in the argument from objective moral values 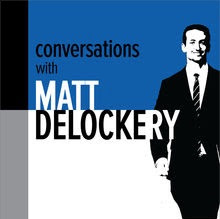 Within the "Conversations with Matt DeLockery" Christian podcast available free on iTunes, four episodes titled “Looking for a God” (Parts 1-4) deserve a little attention, although, as I show below, they fail to present a convincing argument for the existence of God. Together, the episodes total one hour, and they were released on four different dates in October and November 2017.

The first episode is a solid introduction. DeLockery's stated intent is to examine whether human behavior implies God's existence. He believes that God’s existence is “probably the most foundational question there could possibly be on any subject, because it touches on everything else,” especially the question of whether human purpose is given to us or whether we invent it for ourselves and the question of the afterlife. He explains the importance of critical thinking and gives a brief overview of common arguments about God’s existence. He says that, in discussions about whether morality is objective or subjective, "we’re looking for an answer to the question: Are there any basic foundational principles that say how humans should operate in relation to ourselves, other people, the world around us, and so forth?"

The second episode has some flaws.

He defines "subjective" as preference or opinion. Throughout the episode, apparently unwittingly, he goes back and forth about whether such preference is personal or social, and unfortunately this detail leads to the failure of his argument.

In this passage, he says the subjectivity can be either personal or social.

But then he asks listeners to ask themselves what they personally feel, their "immediate gut reaction," about the question of sex trafficking. Specifically, when they examine the source of ther moral opinion that sex trafficking is wrong, he asks listeners to decide: is their belief due to “social pressure,” a “social ‘no-no’,” or is sex trafficking “actually wrong”? Here, DeLockery implies that you can determine that something is objectively right or wrong based on what you subjectively feel. This is confusing at best. An "immediate gut reaction" is practically the very definition of subjectivity and is not a good way to demonstrate hard facts about the world.

The confusion is repeated:

“Are there things that are really good or bad, and are not merely based on social preferences? In my opinion, I think that there are many more values that are subjective or relative. However, not all are. I think sex trafficking is morally wrong. I think taking advantage of poor people is morally wrong. I think loving and caring for others is morally good. And I don’t think these things are merely preferences. They are not relative; they are not ‘to each his own.’ I think there really are at least some moral values that are objective because I think that’s how the world is. It’s not because I want to believe that there is something right or wrong with certain things. It’s because when I look at the world, I see [my emphasis] that there really is[my emphasis] something right or wrong with certain things. That is how I perceive the world when I look around me.”

Another problem is revealed by his choice of "sex trafficking" as an example. He assumes that his audience is sufficiently educated to recognize the phrase "sex trafficking" (defined as kidnapping and selling or exploiting people, often minors and often across international borders, for sexual purposes); that they recognize it is illegal in most countries; and that they are aware that everyone around them shares values that place them in opposition to it (likely, since he speaks to an audience interested in modern Christian apologetics). His example works reasonably well and makes its point rapidly precisely because everyone in the room already knows everyone else's general orientation on this topic. There are, however, people who practice sex trafficking; there are places where it is considered culturally acceptable to give girls to older men for marriage or as a form of collective punishment, and people from those cultures might have different definitions of "sex trafficking"; there are scenarios, such as war, in which kidnapping and rape become commonplace when they were not so before; and there are sociopaths or rebels among us who might know the socially appropriate thing to say when asked for their moral opinions but do not actually hold these feelings. So, asking the room to examine their personal feelings on a given moral question does not prove that the answer to that question is universally held. It matters how you ask the question, who is in the room, and how they choose to respond. It is not at all like placing a rock and asking someone to kick it to prove that it is a "hard fact." Anyone, regardless of their belief, culture, situation, or capacity, will trip over a rock or walk into a wall placed in front of them, but they will not all agree on values, which makes it difficult to prove that any given value is indeed objective. My own "immediate gut reaction" to value statements can always be contradicted by someone else's gut reaction and it will be difficult to arbitrate between us. It seems better to say that our moral intuitions matter and yet are fallible.

It is also confusing why the objective value is said to be true regardless of what anyone believes about it, yet apparently the only way to investigate the value is to ask "What do you believe about it?"

Believing that he successfully demonstrated in the previous episode that objective values exist, he now inquires where those values come from. According to him, God is one option:

“Now, there really isn’t much of an argument that a god could create moral values, or objective moral values. It’s pretty simple: If there is a god who can create everything, then creating a specific way that he wants his creatures to function is pretty straightforward. God makes man. God can provide a set of operating instructions to explain how man best functions. Pretty simple.”

In my estimation, this is not, to the contrary, at all simple because there is little to compare it to. As a human, I can engineer nonliving objects and, through selective breeding or environmental control, tinker with or influence living beings. In so doing, I control how they do operate, but I do not control how they should operate. The only way I can change values and rules about how any object or being should operate is by changing the values and rules of the society in which we participate — which is, by definition, in the realm of the subjective. If I were "God," it is not obvious how that status would enable me to create values and rules that are objective, nor how a value or rule could possibly be a hard fact about the world rather than just my opinion (albeit a divine opinion) about what I want my creations to do. Thus the question of whether God can create objective moral values cannot be dispensed with so easily. But it is dispensed with, so onward we go.

Could values have evolved? In examining the possibility that objective values resulted from "biological evolution," DeLockery doesn’t start with any pre-human or non-human type of animal. He only asks about how social learning might have occurred to promote human survival. He believes it’s clear that evolution — assuming that evolution is a real process, a position to which he does not commit — can produce subjective values (those that can “vary from place to place, from group to group”) but cannot produce objective values. At best, evolution could somehow aid us to "discover” objective values.

Now he changes his definition of “objective.” An objective fact, he says here, is one that “cannot change.” This contradicts a nuance of an example he gave in Episode 2. There, he said that the statement “gas-powered cars need oil to function properly” is an objective fact because of “the way gas-powered cars are currently made [my emphasis]...This does not change, and will not change, until the ways cars are manufactured changes [my emphasis].” The objective fact indeed can change to reflect the underlying conditions that support its validity. But here in Episode 3 he declares that an objective moral fact cannot change.

He says that, while evolution may help humans discover objective moral values, it can only produce subjective moral values. The type of values generated through evolution meet “the definition of subjective because it’s everything about how it affects the other person, how it is perceived by the other person, not whether it’s inherently the way that the human machine was made to function.” Note the assumption that the human machine was made at all (by a creator) which was assumed indirectly in Episode 2 when objective moral values were discovered by immediate gut reaction.

He presents Plato's Euthyphro dilemma: Can God arbitrarily choose values or is God held to a standard above himself? Neither is attractive, so DeLockery solves it with a third option: God is identical with those values. The values reflect God's character. The objective values with which we concern ourselves reflect the values of our Creator just as a painting reflects something of its painter. This is all merely asserted, not properly argued, and this is the shortest of all four episodes.