Marcus Aurelius: 'Always think of the universe as one living organism...' 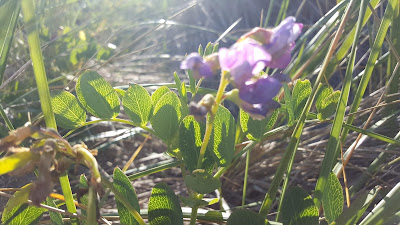 "Always think of the universe as one living organism with a single substance and single soul, and observe how all things are submitted to the single perceptivity of this one whole, all are moved by its single impulse..."
Marcus Aurelius. Meditations. Trans. Maxwell Staniforth, 4:40. Harmondsworth, England: Penguin, 1964. Quoted by Jacob Needleman. Why Can't We Be Good? New York: Jeremy P. Tarcher/Penguin, 2007. p. 143.

"The land is one organism. Its parts, like our own parts, compete with each other and co-operate with each other. The competitions are as much a part of the inner workings as the co-operations. You can regulate them--cautiously--but not abolish them."
Aldo Leopold, A Sand County Almanac: With Essays on Conservation from Round River. New York: Ballantine Books, 1970 (originally 1949). p 190.

"The new view is based on solid research...their findings lead to the conclusion that separateness is out of the question in Nature. The biosphere is all of a piece, an immense, integrated living system, an organism."
Lewis Thomas, Foreword to Microcosmos. Lynn Margulis and Dorion Sagan. California: University of California Press, 1986, 1997. p. 9.

“Here is what I learned once I began studying whooping cranes: only a small part of studying them has anything to do with the birds. Instead we counted berries. Counted crabs. Measured water salinity. Stood in the mud. Measured the speed of the wind.
It turns out, if you want to save a species, you don’t spend your time staring at the bird you want to save. You look at the things it relies on to live instead. You ask if there is enough to eat and drink. You ask if there is a safe place to sleep. Is there enough here to survive?”
"The Crane Wife." CJ Hauser. The Paris Review. July 16, 2019.