that because the paper supports an evolutionary edge for people who are deceptive, it is equivalent to the evolutionary biologists stating, 'Ha ha! We were lying all along!' 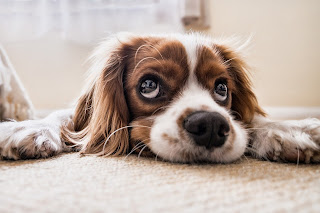 Image by PicsbyFran from Pixabay

The creationists' response is interesting — in an embarrassing way, as Bonnet points out.

Of course, there's a crucial distinction between descriptive and normative accounts of behavior: observing what people actually do, contrasted with judging what they ought to do. When scientists talk about "survival of the fittest," they are speaking descriptively. (This bears saying, unfortunately, endless millions of times.) Obviously, lying is sometimes a tactical advantage, especially when you are no longer trying to build up a reciprocally altruistic relationship but you are instead prepared to consider this your "final interaction," steal the bag, and go home. Lying, stealing, etc. can be lucrative in the short-term and in the long-term, but that doesn't mean you should do it, since what is lucrative — for yourself, for your offspring, for your social group — is not always ethical. That is, I'd say, definitional/axiomatic regarding the meaning of ethics. The word "ethics" exists to mean something different from "self-interest," and neither word is identical with "natural selection" (since sacrifices may contribute to the group's survival, so they can be simultaneously altruistic and self-interested).

Fundamentalist theists often point to a book and say: That's ethics, right there. You don't have a holy book? Then you have no ethics. The secular humanist may respond that ethics is a very complicated discourse that exists in the world as a function of human thought and behavior, but such a statement does not satisfy the fundamentalist and only generates the response: See, you are ignorant. You can't point to "ethics" as a concrete thing that fits in a shoebox. Therefore, you have no ethics at all.

Creationists routinely misrepresent descriptions of natural selection as recommendations for what humans ought to do. However, evolutionary pressures might be better understood as a constraint: sometimes they help determine what ethics is (insofar as they promote survival and group loyalty), but sometimes we have to fight against them to live ethically (caring about others). Our brains are wired to do something (e.g. fight or flight), while our conscious ethical choices seek a better outcome (e.g. nonviolent elimination of the threat, which takes time and thought). Whatever has helped humans survive throughout a long evolutionary past, dating back to when we were amoebas or whatever, isn't identical with what we consider ethical behavior right now.

Under certain assumptions of "intelligent design" whereby God determines human interests and human ethics and also guides evolution, self-interest might equate to ethics — since, under that worldview, God could choose whatever he liked and make it come to pass. This would eliminate the need for ethical discourse, as then we would only be obligated to say and do whatever increased our own bank accounts, because, according to God's rules in this alternate reality thought experiment, selfish behavior is good behavior by definition. Then we could say that, if God had wanted us to behave in some other way, he would have made survival feel less wonderful. But no one is claiming this. Not "intelligent design" creationists (I don't imagine?), and not atheists, either, rather few of whom are amoralists.

Refusing or being "unable to distinguish between truth and lies" is the definition of a bullshitter (per Harry Frankfurt), not a liar. If no human being could distinguish truth from lies, no one could choose to lie; no scientist could identify someone else's lying as a conscious strategy (since it's not conscious); and no scientist could analyze their unconscious choice either, since (as Bonnet pointed out in ALL CAPS in his blog post) if the scientist doesn't know which statements are false, they can't analyze the outcomes of making true and false statements.

How does a person even go from the obvious truism of sometimes people lie for strategic gain to the misinterpretation/oversimplification of these falsehoods are always told unconsciously, i.e. people never know when they're 'lying' to the outright non sequitur of if you believe that, then you also believe there is no way for any third party to evaluate what is true or false because there is no objective reality?

The fundamentalists' rhetorical question "How can anyone overcome what evolution has built into them?" is not asked seriously. Simply identifying an influence or a tendency doesn't mean it can't be overcome. The same question could be turned around at the Christians: "How can anyone overcome what Satan is telling them to do?" and they would similarly dispense of it: Apparently we humans just ARE able to make choices. Because pointing out a specific existing force should not immediately lead to a discussion of determinism/free will. If someone wants to talk about materialism/idealism implying determinism/free will, OK, but the mere pronunciation of the word "evolution" needn't always take us there. If someone feels that determinism/free will is the only philosophical or scientific debate that matters, that's fine for them regarding their own special interest, but their urge to steer the debate in that direction doesn't reflect anything inherent in the word "evolution."

The fundamentalists' rhetorical question "How can [the atheists] know what is true?" is yet another deflection. The same question could be turned around at Christians. Christians ask how atheists/scientists know what is true; similarly, a scientist might ask how a theologian knows what is true. But right now, in this context, this debate is a deflection because knowledge sources weren't the original topic.

Neither of these two epistemological questions — How can anyone overcome a tendency? How does anyone know what's true? — inherently privilege theism/creationism over atheism/science, so Christian fundamentalists aren't justified in "dismissing" all of science on the grounds that atheists/scientists are "deceivers" about the very nature of truth and self-knowledge. Christian fundamentalists can try asking those two epistemological questions about their own worldview and see what happens. But, of course, it is the nature of fundamentalism to be unable to interrogate itself and to dismiss opponents out of the starting gate.

If you like this stuff, go over to Gordon Bonnet's Skeptophilia blog and press the "Follow" button in the sidebar, please.