You can write your essay now: Demystify and enjoy the writing process

Addressing some common objections that students raise about writing essays. Change your attitude from negative to positive! 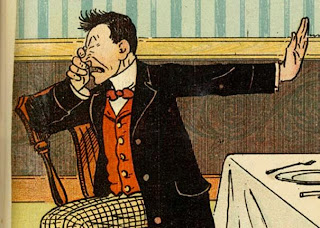 Your teacher has just assigned you the task of writing an essay. Well, not just...it was, in fact, assigned two weeks ago. Now there's only one week to go, and every time you think about it, you tense up. You hate everything about this writing assignment, and your hatred of it gives you writer's block.

Wait a minute: That little piece of insight could drop down the drawbridge to the castle. The reason you have writer's block about your homework assignment might be that you hate the idea of it. Let's run through some common objections that students raise about writing essays. If you can change your attitude from negative to positive, chances are that you won't feel creatively blocked anymore.

"The topic is too depressing"

History: What a downer, yeah? Slave traders kidnap and imprison people and sell them at auction, after which slave masters whip and rape the victims and make them work in fields until they fall down. Political dissenters are censored and assassinated. Children are lined up by mass graves and shot. Poets are warehoused in frozen trains whose journeys end at gas chambers. Who could enjoy researching this and spending time writing arguments about it? Just when you finally start to get involved in the topic, you feel a twinge of guilt for being alive and free.

The objection has been heard. But take a different viewpoint for a moment. Consider this: someone survived to tell this story. Someone may have found the will to survive precisely because they wanted to tell this story. Today, you have the power to keep the story of the past alive on their behalf, and you may additionally be one of the few people with the ability and the desire to interpret what its significance will be for the present and future. Instead of feeling irrationally guilty for events you had no connection to - which is really a form of discomfort with belonging to the human species, so no wonder you're procrastinating writing this essay - you could imagine that you have a sacred charge to use this precious information to make the future brighter.

Maybe your essay topic isn't even about an atrocity or an existential threat. Maybe it's something a little more mundane: a person spends her whole life working and saving and is swindled in her old age, or a beloved dog is hit by a car. No grief is small-scale to those who are affected by it, and as a writer, you, too, may initially find these subjects unbearably unpleasant.

There is a key to unlock this broken heart, and its name is "redemption." Through life's struggles, people become stronger, more courageous, more sensitive, more deeply human. After documenting the unpleasant facts of the subject matter, which it is often best to do in a detached, journalistic manner (as opposed to painting the blood spatter on the wall), consider it your responsibility as a writer to lay out the redemptive message. Depending on the topic, seeking the "silver lining of the cloud" may be too flippant an attitude, and there may not quite be a "positive outcome." However, you can always look for a transformative take-home message that ultimately helps you and your readers to understand and accept your own humanity. In every tragedy, there's always a relationship, a narrative or at least a gesture that made all the difference, without which the world would have been colder and the story would have been lost. Find it. Talk about it.

"The topic is too exciting"

You really like Justin Bieber. You liked him when his hair was in a little-boy mop, you liked him more when he cut his hair short, you danced to every song he ever sang and you even forgave him when he abandoned his pet monkey at an airport in Germany. You really want to write an essay about him. But you can't sit down because he's just too exciting. How can you focus so you can get the words on the page and not sound flaky?

Give it some gravity. Contemplate, if just for a moment, how a monkey feels when it is abandoned at an airport. This lends interest and credibility to your essay. It makes you sound grounded and reveals that you've considered multiple sides of an issue.

As another example, you may be an enthusiastic advocate of a woman's right to choose to abort her pregnancy, but consider acknowledging that some women feel depression, shame and guilt after an abortion. Focus on this mitigating information long enough to research a little bit about it and write it down.

Why should you give air time to the "other side," if you already know what you believe and are totally stoked about it? You should do it because concessions and counterarguments can attract the attention and sympathy of readers who, although they may ultimately still disagree with you, will at least feel that you are connected to their wavelength, and therefore they will intuit that you would be able to hear them if they were to speak. When your reader feels validated, they feel more sympathetic to what you are saying.

Furthermore, awareness of other opinions will challenge you to articulate your beliefs with greater complexity and strength, and it will improve your essay overall. You may even end up changing your mind, which is not necessarily a bad thing. If you reason yourself into another position, at least you'll know why you changed your mind, so you aren't likely to feel confused or threatened by your own position shift.

"I'm better at science and math"

Great. Use it in your essay! Find separate data sources about weather patterns in Chicago and the number of homeless people who are turned away from shelters there. Does demand for beds rise as temperatures fall? If so, at what temperature does a person stand a better-than-even chance of being turned away? The data may not be your original work, but the calculation will be your work; you can cite the data, and then you can claim the conclusion as your own.

Some people have the impression that to be a "real writer," you have to write in some special, mystical way. This is incorrect. There's no need to aim for flowery prose. In fact, please don't. You weren't asked for an ornament; you were asked for an argument. If your writing seems needlessly awkward or you feel that you are making it deliberately incomprehensible, then it is and you are. Writing in an inauthentically academic or literary voice isn't what you need to do to succeed in the humanities. Just state your methods, your logic and your conclusion as clearly as possible. Think of it as writing a scientific report that is accessible to a wide readership of non-scientists. Then, add a few words about why the subject should matter to ordinary human beings - in other words, make it seem as universal as possible - and you've got an essay.

You're a poet and you know it. You know that a word can mean multiple things. You may have once pulled a verse from your subconscious that contained a word that meant four things simultaneously.

Fabulous. In your essay, make these meanings explicit. You can do this, even if you are a poet who has to write about...taxes. As you read essays about libertarian opinions on taxation, you might notice that the authors tend to use the word "freedom" quite a lot. Ask yourself: What does the recurrence of this word "freedom" mean to them? What do they want to be free from? Surely, they want to be free from government coercion that takes some of their money, and indirectly, usurps their time that they must spend earning that extra money. But even if they were not taxed, wouldn't they still be trapped in an economic system that requires money as a mediator between work and food? Haven't other people - deep spiritual thinkers - spoken about trying to free themselves altogether from attachment to money? That is a different kind of freedom, no? Perhaps a more profound freedom? You can write a poetic essay on taxes if you reflect upon different kinds of freedom and whether taxes have or haven't got anything to do with them.

"I'm stuck on the introduction, so I can't write the rest of the essay"

You're probably having trouble with the introduction precisely because you haven't written the rest of your essay yet - not the other way around! Although the introduction appears at the top of the essay, writers often write it last.

Skip the introduction. Write down your evidence, interpretations, arguments and conclusions. When you're finished, go back and put the little crowning announcement at the top of the page that warns the reader what they're about to read. That's your introduction. Oh, by the way, you're done.

"I hate this deadline"

You merely think you hate this deadline. In fact, you are going to love this deadline, because that's the day when this essay ceases to plague your life.

Maybe you will get an extension of the deadline. Fine; that's your new deadline. Love that deadline.

Is there any way to run past the deadline without writing your essay? Yes, but you may not want to go that route. As Shel Silverstein put it:

In other words, if you have attained a certain age, and if you refuse to turn in your homework, then – to put it subtly – maybe there won't be any more classes in your life. This is not a threat. This is an observation about the normal, non-lethal, fair-enough rules of the game. You can get an A or an F. You can graduate or not graduate. But, at some point – you are guaranteed of this – one way or another, this essay will be over. The deadline has a lot to do with making that happen. So, you may as well embrace the deadline, write your essay and have a wonderful life.

Originally posted to Helium Network on Jan. 7, 2014. Image from a collection: Letter from Acting Secretary of State Robert Bacon to U.S. Ambassador to the U.K. Whitelaw Reid, US National Archives. No known copyright restrictions Flickr. "There's no need to get all dramatic about it."