Trump's hiding of records at Mar-a-Lago

THREAD: “What’s the difference between this and Watergate?” Donald Trump raged in a statement Monday night after FBI agents.

Well, as a Watergate and FBI historian, four things stand out to me:

1) The idea the FBI launched a raid on a former president would have been approved and monitored at the highest level of the Justice Department; hard to even imagine how high the bar of probable cause must've been for the Bureau to initiate such a politically sensitive search....

2) A search warrant means an independent federal judge ALSO signed off on the probable cause and, independently, believes evidence there was likely a crime committed AND that more evidence would be found at Mar-a-Lago. That's huge too.

3) The fact the search apparently didn't leak until basically when word came from Donald Trump himself shows the FBI and the Justice Department conducted this search by the book and a high degree of integrity. No leaks? Impressive. Surely only a small team knew inside DOJ....

4) Taken together, this is one of the most significant, sensitive, and politically explosive actions the US Justice Department and FBI has ever taken—one of a tiny handful of times it's ever investigated a president.

Bottom line: The FBI & DOJ must've known they had the goods.

Also, a retrospective on Washington Post articles on the background of this topic.

"‘He never stopped ripping things up’: Inside Trump’s relentless document destruction habits" (Feb 5, 2022)
"National Archives had to retrieve Trump White House records from Mar-a-Lago" (Feb 7, 2022)
"Some Trump records taken to Mar-a-Lago clearly marked as classified, including documents at ‘top secret’ level" (Feb 10, 2022)
"15 boxes: Inside the long, strange trip of Trump’s classified records" (Feb 12, 2022)
"Some records taken by Trump are so sensitive they may not be described in public" (Feb 25, 2022)
"Grand jury used in probe of classified documents taken to Mar-a-Lago" (May 12, 2022) 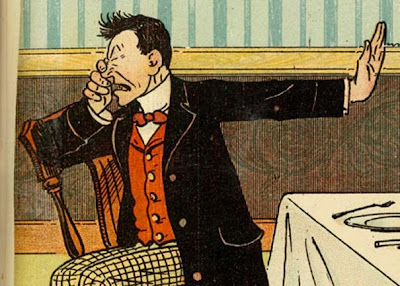 - August 08, 2022 No comments:
Email ThisBlogThis!Share to TwitterShare to FacebookShare to Pinterest
Labels: trumpism

Reducing personal consumption is not a new idea. But here's a new framing, borrowing from pandemic precautions: climate lockdown. Read the essay by Marjan Krebelj on Medium: "A Case for an Immediate Climate Lockdown" (July 22, 2022). Another: "The Storm Is Coming and We’re Headed Right Into it" (July 25, 2022). 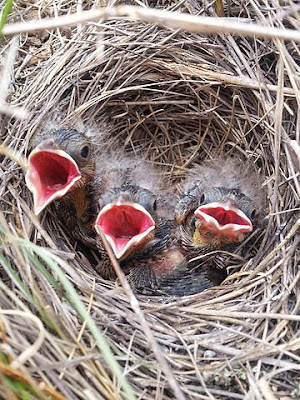 It was @KnowYrEnemyPod's recent series on "How They Did it" that tipped me off, citing @rickperlstein's Reaganland. If you haven't listened to the podcasts and read the book, I recommend them both.

The context is the formation of the 'new right'. 1/xhttps://t.co/qUxC6l1rjU pic.twitter.com/OoUOVAHBGI

They cite an essay "The Real Origins of the Religious Right" tracing its origins to a lawsuit filed in 1969 about the tax exempt status of whites-only 'Christian' schools opened to push back against desegregation. 2/x https://t.co/koB0AHMnoS

Immediately following 1969 desegregation law in Holmes County, some white parents started white-only private schools. They were 501(c)(3) non-profits that didn't have to pay taxes, and donors didn't have to pay income tax on money they donated to these schools. Green v. Kennedy (1970) ruled against these private schools and Nixon changed the IRS code too. Evangelicals like Jerry Falwell were unhappy with the ruling.

Up to this point in USAmerican history, white evangelicals hadn't been a voting bloc, and conservative political organizers realized that this could be a turning point to seize the evangelical vote. But they didn't want to take up the explicitly racist cause of segregation academies, which is what the white evangelicals really cared about in the moment. Instead, they wanted to channel evangelical outrage toward another cause.

That's where abortion comes in. Balmer writes in another longer essay that abortion was the issue evangelicals could fight against as a sort of proxy or trojan horse to win back the loss of their white world. 11/x https://t.co/OuwYDN8MnB pic.twitter.com/NUVPeTI4h1

I lay it all out here with more detail. And if you want readable socialist analysis of education with a focus on finance, sign up for the newsletter! https://t.co/b4HlecX93r

Similarly, see also this July 25, 2022 article from FiveThirtyEight: "How The Fight To Ban Abortion Is Rooted In The ‘Great Replacement’ Theory." It says:

"The movement to end legal abortion has a long, racist history... Throughout colonial America and into the 19th century, abortions were fairly common with the help of a midwife or other women and could be obtained until the point that you could feel movement inside... But the dynamics surrounding the procedure changed by the mid-19th century... Laws limiting abortion, it was believed, would ultimately force middle- and upper-class white women — who had the most access to detect and terminate unwanted pregnancies — to bear more white children. ... Declining white birth rates, along with the rising eugenics movement — a now-discredited pseudoscience focused on the genetic fitness of white Americans — were connected to the practice of abortion, and this helped bolster flawed, racist arguments for a total ban of the procedure. ... Their tactics worked. By the 1900s, abortion was illegal in every U.S. state. ... while the [1973] decision in Roe overturned the nation’s remaining abortion bans, it didn’t address the underlying forces that had helped establish them, which brings us to today, as the anti-abortion movement is once again front and center following the court’s decision to overturn Roe." 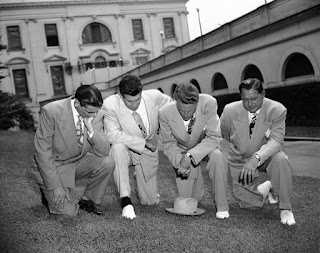 See also: "American history to explain ‘How did we get here?’". Medium lets you read a certain number of stories for free every month. You may also consider a paid membership on the platform.

How to get an automatic warning of transphobic websites and users

Today I learned that there is a Shinigami Eyes extension available on GitHub to indicate which internet material is trans-friendly and which is trans-antagonistic. 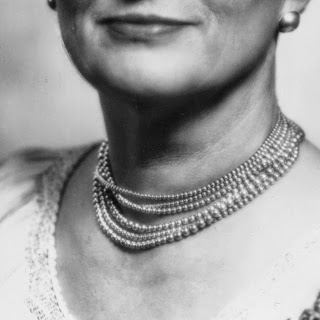 - July 24, 2022 No comments:
Email ThisBlogThis!Share to TwitterShare to FacebookShare to Pinterest
Labels: anti-transgender

Christopher F. Rufo will be publishing anti-transgender propaganda beginning today and continuing for the next six weeks, concluding his messaging in mid-August just before U.S. kids return to school.

This individual is who is responsible for the CRT panic. Now, it's the gay agenda in schools, starting tomorrow.

Do not take this lightly or ignore it. This is real, this happens as planned, and this is what is next. What we've seen so far is child's play. pic.twitter.com/jH07unM3P3

I've showed you their stuff already. This is about to be the driving story across news cycles, and they will get it plenty wrong. pic.twitter.com/3BpRcPhMdl

It worked with CRT.

I don't tell you this to exaggerate. It's here, but it's Really Coming. pic.twitter.com/Q9wbT0f2ME

On July 28 Jennifer Bilek will be presenting her latest conspiracies about Big Pharma & trans people at the Hillsdale College in DC. It's being promoted by the director of the DeVos Center at Heritage Foundation, which receives $250,000 a year from her host AWC Family Foundation. pic.twitter.com/xHaktjc5mZ 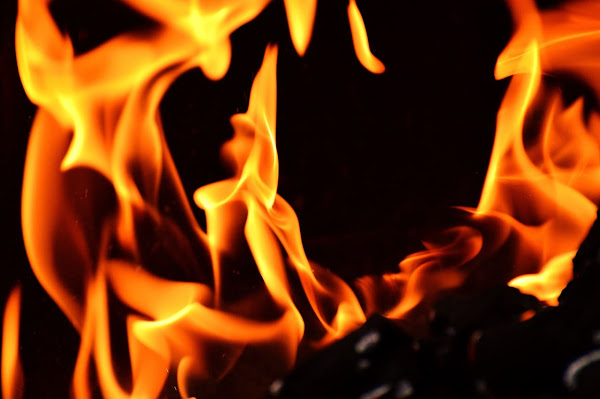 - July 20, 2022 No comments:
Email ThisBlogThis!Share to TwitterShare to FacebookShare to Pinterest
Labels: anti-transgender

Painting the entire LGBTQ community as a whole as "pedophiles" and "groomers" is literally what "gays against groomers" entire grift is. If that slur is banned, they can't continue their grift and sell merch. pic.twitter.com/shc34j09UP 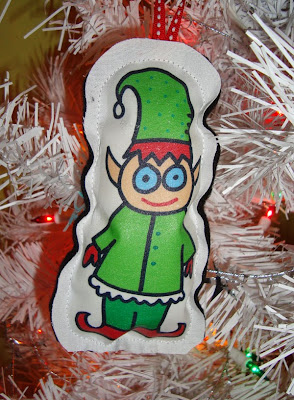 On the trans person's body: It was 'a little phrase just for you!'

“You can’t be born in the wrong body, that’s not science!”

I know sweetie, we were trying to make it simple so you’d understand 🥰

Like when your mommy told you that you came from her “tummy”.

You know she didn’t believe that right? That was a little phrase just for you! 💕 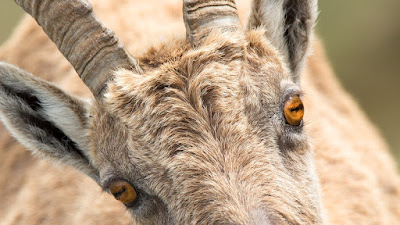 I referenced this tweet in "Gödel is Sure Bach, and Trans People Are Sure Their Gender". It's a 6-minute read on Medium. Medium lets you read a certain number of stories for free every month. You may also consider a paid membership on the platform.