Chief Eunuch character in 'Women of All Nations' (1931)

The 1931 farce "Women of All Nations" has a Turkish harem scene with a eunuch character (the man in the turban) played by Sam Baker. 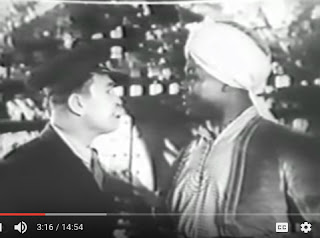 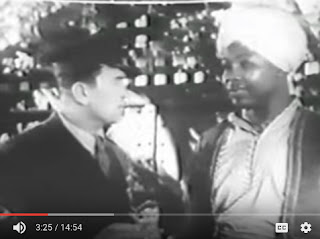 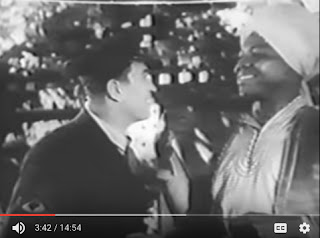 Today the film can be viewed on YouTube split into five parts. Part 1 - Part 2 - Part 3 The scenes with the eunuch are in Part 4 and Part 5. Two minutes into Part 4, the Marines travel to "a Mediterranean port." The music and costumes appear to be Turkish. A man in a turban, proudly identifying himself as "the chief eunuch," arrives to deliver a handwritten message from his "mistress."

He enters the room meowing like a cat, on instructions from his mistress who knew that her boyfriend would recognize the affectionate call and would turn around, allowing the eunuch to identify him. The actors in Women of All Nations speak in a variety of badly exaggerated accents; the eunuch character speaks in an African-American accent of the sort popular in minstrel shows, although a real Chief Eunuch would have been taken from the Sudan as a boy and then grown up in Turkey, so his accent is definitely inaccurate. The character of Prince Hassan, played by Bela Lugosi, "swears in Hungarian" (according to Michael J. Weldon in Psychotronic). Also, since the Ottoman sultanate fell after the end of World War I, the depiction of the court would have been a few years outdated by 1931.

Baker also appeared in the serial "Lost City." The screenshots below are from the opening credits of Lost City's Chapter 1. 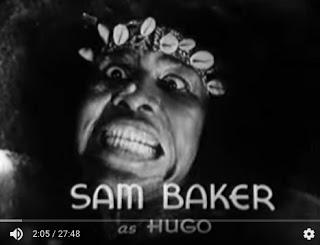 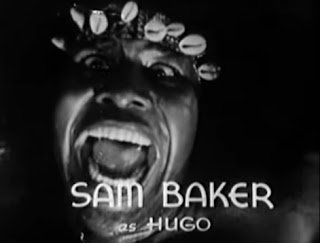 - February 22, 2018
Email ThisBlogThis!Share to TwitterShare to FacebookShare to Pinterest
Labels: eunuchs in film