What will be the next environmental disaster to punctuate our equilibrium?

...social change is not always linear; there are often periods when change happens in leaps...Social scientists call this pattern of stasis interrupted by rapid social change ‘punctuated equilibrium.’

American physicist and historian Thomas Kuhn first described this process in science as a series of transitions from normal science to revolutionary science. A phase of normal science begins when a theory emerges as dominant to other existing theories and becomes the ‘paradigm.’ But established theories become challenged and ultimately change when anomalous events emerge which cannot be explained or solved by the existing order. Conflict over the nature, meaning, and response to these events ensues, and the period of revolutionary science ends when a new theory is successful in providing a socially adequate response to the anomaly and becomes the basis of a new paradigm.

We can view the shifting beliefs around environmentalism as having been prodded along by such moments of punctuation: Rachel Carson’s book Silent Spring in 1962, the Santa Barbara oil spill in 1969, and the Cuyahoga River fire in 1969 challenged pre-existing beliefs about pollution and ushered in the modern environmental movement of the 1970s. The Bhopal disaster of 1984, the discovery of the Antarctic ozone hole in 1985, the Chernobyl nuclear disaster in 1986, and the Exxon Valdez oil spill in 1990 elevated pollution concerns to a new level and brought environmental issues into the mainstream of business in the 1990s.

See also: "Talking to Climate Skeptics". It's a 10-minute read on Medium. Medium lets you read a certain number of stories for free every month. You may also consider a paid membership on the platform. 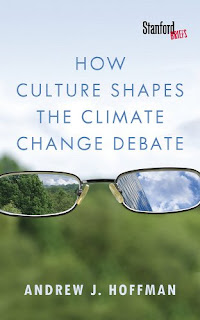