Will U.S. Rep. Marjorie Taylor Greene be allowed to run for reelection?

In April 2022, when a reporter asked Rep. Marjorie Taylor Greene about January 6, she responded, "It was a riot, it was horrible, I hated it, I was shocked, it was a terrible experience," but she also said it happened only "one time" and was "over" so people had grown "sick and tired" of hearing about it. She said "everyone's being prosecuted that should be prosecuted" while also — contradictorily — proposing that the reporter "visit" people who "are rotting in jail pre-trial" (why would he visit them? for sympathy? or for a sympathetic interview?) and that he verify whether those prisoners included anyone from the political left (she was implying that, no, only conservatives are being unfairly jailed). That was a head-spinning dissertation.

There is a legal case against her to determine whether she is eligible for reelection. People who aid insurrections are ineligible. If she is placed legally in that category, she can't run for office again.

Right now, she's testifying in a court hearing in Atlanta. 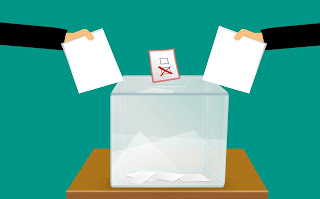 See also: "What Will the January 6 Committee Deliver?". It's a 5-minute read on Medium. Medium lets you read a certain number of stories for free every month. You may also consider a paid membership on the platform.