25th Amendment: 'Unable to discharge the powers and duties of his office'

Is it fair to say that the president is mentally ill?

In the face of a slew of publications by mental health experts who claim that the president is mentally ill without having personally examined him, Professor of clinical psychiatry Richard A. Friedman wrote on Feb. 17, 2017 that it is "misguided" to attempt to diagnose him and thereby to declare him unfit for the presidency. Apart from not having the patient's consent and other data needed for diagnosis, and apart from the likelihood that psychiatrists are biased by their own political opinions, not all mental illnesses render someone unfit for office. It appears to be the case that "18 of America’s first 37 presidents met criteria suggesting they suffered from a psychiatric disorder during their lifetime...[a]nd 10 of those presidents showed signs of mental illness while they were in office." Someone can be a good president while suffering from mental illness, but they also need to be morally accountable for their actions. Friedman said that "ordinary human meanness and incompetence are far more common than mental illness. We should not be in the business of medicalizing bad actors. So the nation doesn’t need a shrink to help it to decide whether President Trump is fit to serve, mentally or otherwise. Presidents should be judged on the merits of their actions, statements and, I suppose, their tweets."

Many mental health professionals are willing to take a stand on an assessment of the president's mental health. Psychiatrist James Gilligan subsequently said at a conference at Yale that “I’ve worked with some of the most dangerous people our society produces, directing mental health programmes in prisons...I can recognise dangerousness from a mile away. You don’t have to be an expert on dangerousness or spend fifty years studying it like I have in order to know how dangerous this man is.”


The president wasn't always disabled to this degree, as Sharon Begley wrote for STAT News in May:

"In interviews Trump gave in the 1980s and 1990s (with Tom Brokaw, David Letterman, Oprah Winfrey, Charlie Rose, and others), he spoke articulately, used sophisticated vocabulary, inserted dependent clauses into his sentences without losing his train of thought, and strung together sentences into a polished paragraph, which — and this is no mean feat — would have scanned just fine in print. This was so even when reporters asked tough questions about, for instance, his divorce, his brush with bankruptcy, and why he doesn’t build housing for working-class Americans."

All that has changed, Begley noted.

"The experts noted clear changes from Trump’s unscripted answers 30 years ago to those in 2017, in some cases stark enough to raise questions about his brain health. They noted, however, that the same sort of linguistic decline can also reflect stress, frustration, anger, or just plain fatigue."

"If you take President Trump’s words literally, you have no choice but to conclude that he is psychotic," John Gartner, the founder of Duty to Warn and a supporter of the use of the 25th Amendment, wrote in May. "Some say it is unethical to dare to diagnose the president, but hundreds of mental health professionals have come together to found Duty To Warn. We believe that just as we are ethically and legally obligated to break confidentiality to warn a potential victim of violence, our duty to warn the public trumps all other considerations."

In May, George F. Will said that the president's "combination of impulsivity and credulity render him uniquely unfit to take the nation into a military conflict." Two weeks later, Ross Douthat published an opinion in the New York Times titled "The 25th Amendment Solution for Removing Trump":

"One does not need to be a Marvel superhero or Nietzschean Übermensch to rise to this responsibility [of the presidency]. But one needs some basic attributes: a reasonable level of intellectual curiosity, a certain seriousness of purpose, a basic level of managerial competence, a decent attention span, a functional moral compass, a measure of restraint and self-control. And if a president is deficient in one or more of them, you can be sure it will be exposed.

Trump is seemingly deficient in them all. Some he perhaps never had, others have presumably atrophied with age. He certainly has political talent — charisma, a raw cunning, an instinct for the jugular, a form of the common touch, a certain creativity that normal politicians lack. He would not have been elected without these qualities. But they are not enough, they cannot fill the void where other, very normal human gifts should be."

Douthat lamented that the president's "inner circle" has

"no respect for him, indeed they seem to palpitate with contempt for him, and to regard their mission as equivalent to being stewards for a syphilitic emperor.

It is not squishy New York Times conservatives who regard the president as a child, an intellectual void, a hopeless case, a threat to national security; it is people who are self-selected loyalists, who supported him in the campaign, who daily go to work for him. And all this, in the fourth month of his administration."

In response to Douthat, Noah Millman wrote for the American Conservative on May 18, 2017 that the use of the 25th Amendment would indeed "amount to a kind of coup" and "a direct repudiation of the outcome of the election." He acknowledges that allowing the presidency continue is also less than ideal. Therefore, he asks for "a bit more public honesty, both by those who are familiar with the actual situation inside the White House and those who so far have preferred to make their case for muddling through without reference to just how dire that situation appears to be. Those who continue to hope that Trump perseveres need to reckon with the near-total evaporation of his support, not only in the permanent bureaucracy but among his own appointees, and the reasons it has evaporated."

Exactly what is the inner circle saying? A Vox article recapped:

National Security Adviser H.R. McMaster unloaded about President Donald Trump at a private dinner in July, according to a report in BuzzFeed, referring to his boss as an “idiot,” a “dope,” and a man with the intelligence of a “kindergartener.” ... Secretary of State Rex Tillerson famously referred to Trump as a “moron” — a “fucking moron,” according to some accounts — after a July 20 meeting in the Pentagon about America’s nuclear arsenal. After reports of this comment first broke in early October, Tillerson gave a bizarre press conference in which he refused to point-blank deny insulting the president’s intelligence. ... Chief of Staff John Kelly has taken it on himself to fill up Trump’s schedule for fear of him spending his free time learning “unfiltered and sometimes inaccurate information that can rile him up,” per the Los Angeles Times. ... Sen. Bob Corker, the Republican chair of the Senate Foreign Relations committee, called the White House an “adult daycare center.”

Henry Rollins wrote in LA Weekly in July that the president is “a true study in psychopathy and lack of self-control. There are going to be a lot of books written about the Trump Crime Family.” He uses Twitter because he “is simply unable to speak in sentences that can be understood.”

Eugene Robinson wrote in the Washington Post in November:

"Trump’s supporters comfort themselves with the idea that he’s being crazy like a fox — that all the outrageous lies, abrupt reversals, bizarre pronouncements and vicious personal attacks are calculated to achieve some rational goal. He’s just playing to his base, perhaps, or distracting everyone from unpopular legislation cutting taxes for the rich, or trying to deceive other world leaders into thinking he might be unhinged and therefore should be accommodated.

But what evidence is there of calculation?

It is one thing to create a fantasyland for political ends... It is another thing altogether, however, for Trump to fall into his own rabbit hole and actually believe what he once knew to be untrue."

What can be done?

The 25th Amendment to the U.S. Constitution:
"Whenever the Vice President and a majority of either the principal officers of the executive departments or of such other body as Congress may by law provide, transmit to the President pro tempore of the Senate and the Speaker of the House of Representatives their written declaration that the President is unable to discharge the powers and duties of his office, the Vice President shall immediately assume the powers and duties of the office as Acting President."

In November, Joe Scarborough argued on his MSNBC show that this is "what the 25th Amendment was drafted for." He said:

"I would like the Cabinet members serving America, not the president, serving America. You serve America and you know it. You know you don’t serve Donald J. Trump, scam developer, scam you know Trump University proprietor, reality TV show host, you don’t represent him. You represent 320 million people whose lives are literally in your hands, and we are facing a showdown with a nuclear power...People close to him say he is mentally unfit, people close to him during the campaign told me he had early stages of dementia."

In saying this, Scarborough made a point that his co-host Mika Brzezinski has made before. He continued, "When are we supposed to say this? After the first nuclear missile goes? Is that when it’s proper to bring this up in polite society?"

Donny Deutsch, former host of CNBC's “The Big Idea with Donny Deutsch” and a longtime friend of Trump's, "has noted with some alarm the deterioration of his friend's mental state" and recommends invoking the 25th Amendment, according to reporter John Culleton.

"For those who voted for President Trump, and still admire him, removal by constitutional action for illness is better than a humiliating defeat at the polls in the next election after he has left a trail of destruction in his wake. An even worse fate would be an impeachment trial based on the Russian connection...

If his ham-fisted treatment of the North Korean threat leads to nuclear war, his term and many thousands of lives will end under a mushroom cloud."

Dr. Bandy X. Lee, editor of “The Dangerous Case of Donald Trump: 27 Psychiatrists and Mental Health Experts Assess a President," wrote a letter to the editor of the New York Times:

"We are currently witnessing more than his usual state of instability — in fact, a pattern of decompensation: increasing loss of touch with reality, marked signs of volatility and unpredictable behavior, and an attraction to violence as a means of coping....Ordinarily, we carry out a routine process for treating people who are dangerous: containment, removal from access to weapons and an urgent evaluation....the power of the presidency and the type of arsenal he has access to should raise greater alarm, not less."

After the president made another nuclear threat against North Korea on Jan. 2, 2018, MSNBC television host Lawrence O'Donnell weighed in, saying that the tweet "should have already activated the vice president and a majority of the cabinet to remove the president as unfit to serve under the 25th amendment." 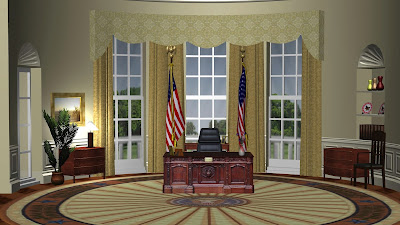