These three episodes from 'Clarissa Explains It All' are a blast from the past. 'Clarissa' was a show featuring an articulate, funny teenager.

This article was originally published to Helium Network on May 3, 2014. 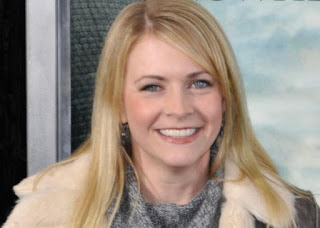 "Clarissa Explains It All" was a young adult sitcom on Nickelodeon with episodes created 1991-1994. It starred a young Melissa Joan Hart (b. 1976) who played an articulate, independent, sassy teenager. She had one close friend, a male classmate named Sam, who typically ascended to her bedroom unannounced via a ladder. The two of them often talked about their minor teenage mistakes, which naturally loomed large to them. Clarissa came off as cool without necessarily caring about whether she was popular.

Viewers may remember that Clarissa noticeably dressed in her own brand of mix-and-match '90s fashion with big dangle earrings. (See this 30-second promo spot.) Her parents were called Janet and Marshall Darling, and her younger brother, a pompous nerd in pressed shirts whose attitude and image countered Clarissa's, was Ferguson.

Speaking to the camera, Clarissa says that the etymology of "sibling" traces back to "the Old English 'sib', meaning 'dork'." Her brother Ferguson enters, and she tells him, "Ferguson, you'll have to leave. I'm busy demonstrating the rules of sibling dynamics." This is just the beginning of the "I'm older"/"I'm smarter" bickering that explodes when their parents leave them home alone together.

Clarissa spooks Ferguson by telling him spooky stories in the basement during a thunderstorm. They pillow-fight and booby-trap the house with water balloons filled with paint. Ferguson photocopies Clarissa's diary. They learn that this behavior is not very worthwhile, but probably inevitable.

Clarissa's longtime friend, Sam, has trouble dating. He describes his fiasco of the day: "All I said was: 'Let's go climb the water tower and watch for UFOs...Next thing I know, she's gotta wash her hair." Sam suggests to Clarissa that they go on a date, on the basis that they already know they are compatible as friends. Clarissa doesn't feel right about it, but she says yes. The next day, they go to the movies and then to a diner, but the atmosphere is awkward. Fortunately, they agree on this postmortem, and they decide to continue being friends. As a closing monologue, Clarissa says to the camera: "It's that age-old question that stumped Sartre, 'Dear Abby' and Julia Roberts: Can friends date? And once they do, can they still be friends?"

As a subplot, Clarissa's father and younger brother work themselves up into the ridiculously mistaken belief that a neighbor has murdered his wife.

For someone who says that "embarrassment is my least favorite emotion," the annual school play is not something to be looked forward to.

"The chance to humiliate myself by singing off-key in dorky tights in front of everyone's parents....Last year's highlight was when I fell through the backdrop of the Swiss Mountains during 'Edelweiss' in 'The Sound of Music'. Then there was 'Bye Bye Birdie'. My costume split up the middle when I hit High C. Bye-bye, any shred of human dignity!"

Sam passes on the good news to Clarissa: She's been assigned to be the understudy for the lead role in "The Pirates of Penzance." As the backup, Clarissa hastily assumes that "the potential for public humiliation has been completely eliminated," and she doesn't bother to learn her lines. Thus she makes the bed in which she will have to lie.

Even though the clothing, sets, videography and limited special effects clearly date the show to the early 1990s, this adds a pleasing campiness to it today. Clarissa's quick wit may still be inspiring to young adults. However, the limited scope of her escapades, often set within her own home, do not hold much interest for adults.