The Muckrake podcast explains the implications of 'Don't Say Gay'

[This is a segment of a larger episode that is available on Patreon for subscribers.] 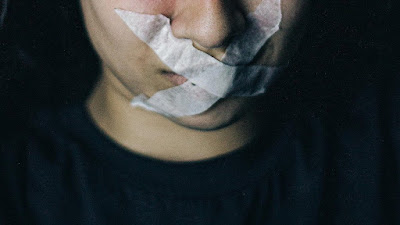 Image by educadormarcossv on Pixabay

The governor of Florida is promoting a bill, known as "Don't Say Gay," to exclude and demonize LGBTQ people. He's banning something that is a made-up problem that isn't even affecting kids' lives.

So many ways it is bad:

On an individual level. The goal is to prevent LGBTQ kids or kids from LGBTQ families from talking about themselves and their families; to teach straight, cis kids that LGBTQ kids are weird and wrong; and to penalize teachers from explicitly supporting those kids. Consider, too, political histories of kids being taken away from their families: "This is just a precursor to a lot of really bad stuff."

On the level of demographic shift. Another possibility is that, because Texas and Florida are on the precipice of having majorities of Democratic voters, the right-wing is trying to push progressive individuals out of the state.

On the level of irrationality. Rather than say Christians and queer people need to get along, the right wing is turning to QAnon-esque conspiracy theories to say that queer people are inherently evil.

On the level of education. Another part of the goal is to undermine public education as an institution. Education helps people participate in public life. The current right-wing turn away from public education is a turn toward authoritarianism. People who aren't going to participate in democracy don't need to be educated in history, political science, economics, sociology, or in how anything works at a macro level. The authoritarians, as they stand to benefit from a capitalist system, also want children to be allowed to work.

On the level of a broader system of laws. The more authoritarian laws we have, the less our democracy is viable.

To read more on this topic, please see "What Does Tucker Carlson Say About LGBT People?" It's a 12-minute read on Medium. Or try "How Trump scored himself 36 points on LGBTQ rights — and why that’s a failing grade." It's a 9-minute read on Medium. Medium lets you read a certain number of stories for free every month. You may also consider a paid membership on the platform.