NYT opinion: Russia's invasion of Ukraine is fueled by fossils

On one hand, it would seem uncontroversial to point out that Russia’s invasion of Ukraine is a war enabled and exacerbated by the world’s insatiable appetite for fossil fuels. It couldn’t not be so: Russia is a petrostate...By accelerating our transition to cheap and abundant renewable fuels, we can address two grave threats to the planet at once: the climate-warming, air-polluting menace of hydrocarbons and the dictators who rule their supply.

And yet American politicians on the left sure seem incapable of drawing out this connection, don’t they?

"If the 'climate lobby' were truly so powerful," Manjoo says, "it might have long ago prevented Europe from building its society upon a devilish bargain with Russian energy."

But that is past. Looking forward: Will the Democrats be able to pass Build Back Better legislation — with or without Sen. Joe Manchin?

This is our umpteenth confrontation with a petro-dictator whose viciousness and recklessness are possible only because of the oil wealth he extracts from the ground. No matter how the war ends in Ukraine, it needs to end with America finally, formally, categorically and irreversibly ending its addiction to oil. 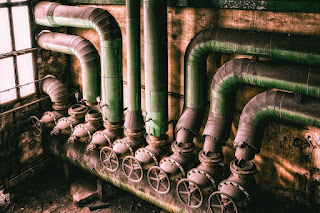