As described in an article today in the Huffington Post, U.S. President Joe Biden

has committed to achieving net zero carbon emissions by 2050, meaning America’s forests, farm fields and clean-industrial projects would remove more carbon from the atmosphere each year than the country’s cars, power plants and factories emit. To achieve that goal, he passed an infrastructure bill with some renewable energy incentives and pursued a much more ambitious set of renewable energy tax credits as part of the stalled Build Back Better legislation. Using the powers of the executive branch, Biden also revoked authorization for the Keystone XL oil pipeline and raised federal fuel-economy standards for cars and trucks.

So long as Biden does not reauthorize Keystone XL, which would incentivize fossil-fuel extraction over the long term, the president’s efforts to limit the political fallout from higher gas prices are compatible with Biden’s plans to phase out fossil fuels, according to Andrew Dessler, an atmospheric scientist at Texas A&M University.

On the other hand, Biden has released oil from the Strategic Petroleum Reserve and this week decided to "increase liquefied natural gas exports to Europe to decrease [Europe's] reliance on Russian gas."

See also: "War May Change How We Rely on Big Oil". It's a 3-minute read on Medium. Medium lets you read a certain number of stories for free every month. You may also consider a paid membership on the platform. 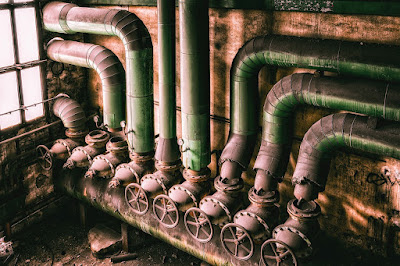