The reason for the huge Ukrainian protests in 2014 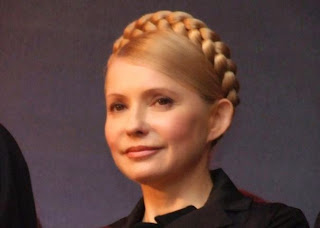 In 2014, Ukrainians wanted to align themselves with the European Union, not with Russia. To this end, they favored the leader Yulia Tymoshenko over Viktor Yanukovych. People all over the world saw footage of politically motivated violence on the streets of Ukraine's capital city, Kiev.

Why did Ukrainians protest?

Protests erupted in Ukraine in late 2013 because President Viktor Yanukovych, caught between European and Russian trade interests, sided with Russia.

Ukraine had been part of the Soviet Union until its breakup in 1991; today it is its own sovereign nation. The Ukrainian language is encouraged there today, although many people also speak Russian, in part as a result of the former Soviet Union's "Russification" campaigns. Ukrainians have a range of opinions and feelings about their geographic and political position between Europe and Russia.

Yanukovych had been expected to sign the "Eastern Partnership" trade agreement with the European Union, but he suspended talks with the EU on Nov. 21, 2013. Had he continued talking to the EU, he would have faced trade sanctions from Russia, and the EU would have demanded that he free his political opponent, Yulia Tymoshenko, from prison.

Yulia Tymoshenko had a leading role in a 2004 revolution that quashed election results that favored Yanukovych. Tymoshenko served as prime minister from 2007–2010, then lost the 2010 election to Yanukovych. The next year, she began serving a prison term for abuse of authority stemming from an international business deal. The EU and US considered her a political prisoner.

Yanukovych made a deal with Russian president Vladimir Putin to cut gas prices in Ukraine, then passed an anti-protest law, but this did not satisfy protestors. People occupied Kiev City Hall until February 16, 2014, during which time their demands grew to include restoring the 2004 constitution and limiting the president's powers.

These protests coincided with the Winter Olympics held in Sochi, Russia, which brought worldwide media attention to the region. Kiev is about a thousand kilometers northwest of Sochi.

Days after the protestors left City Hall, there were deadly, fiery clashes in Kiev's Independence Square. Protestors made fire bombs, and police showed up in riot gear. The AP published a photo of a gray-haired person running while covering their face in their hands, as the shoulders of their sweater billowed with orange flame.

Dramatically, as medics took a 21-year-old woman to the hospital for a bullet wound to the neck, she used her phone to post to her Vkontakte social media account: "I am dying." She survived, but over a hundred others did not.

With hopes of stabilizing the situation, Ukraine's embattled president met with foreign ministers from Germany, France and Poland. British Prime Minister David Cameron and U.S. Vice President Joe Biden also spoke with him by phone. On February 20, Yanukovych signed a peace deal with the opposition protestors.

The next day, however, a different internal political resolution in Ukraine was manifested. Ukraine's parliament voted to oust Yanukovych, reinstate the 2004 constitution and free Yulia Tymoshenko from prison.

Yanukovych fled his residence. Tymoshenko appeared in Independence Square in Kiev on February 22 and told the cheering crowd that Yanukovych was a "terrible dictator." She has a back injury and sat in a wheelchair while speaking. "We've eliminated this cancer, this tumour," she said. Making clear the protestors' preference for working with the EU over working with Russia, she said: "Everyone has a right to take part in building a European, independent state."

Yanukovych was later discovered to have gone into exile in Russia. Parliament said in 2015 that he was no longer president, and a court convicted him in 2019 of treason and sentenced him to prison, though these were formalities since he remained in Russia.

U.S. President Donald Trump was impeached in 2019 for trying to shake down Ukrainian President Volodymyr Zelensky. (Trump failed.) I wrote some articles about that, and when you search this blog for the Ukraine tag, you will find them.

2022: Can You Donate to Help Ukrainians?

Following Russia's invasion of Ukraine, the New York Times posted a donation guide for "How You Can Help Ukraine."

They recommend Direct Relief which "has supplied Ukraine with $26 million in medical aid over the past six months" and Save the Children which "has been engaged in Ukraine since the Russian annexation of Crimea in 2014," as well as Mercy Corps and International Medical Corps.

TGEU (Transgender Europe e.V.) has a list of organizations in Ukraine and in neighboring countries that are helping transgender Ukrainians with emergency needs during this time.

Donations made through CNN Worldwide and Public Good will be distributed among 39 organizations. (Information current as of March 15, 2022.)

Do you use PayPal? They also listed a dozen organizations for Ukraine relief. You may see different organizations depending on the country from which you access this page.

How Putin Played Donald Trump and the USA

War May Change How We Rely on Big Oil: Energy companies' reactions to Russia’s war on Ukraine