The historian Susan Stryker, in the 2020 documentary film "Disclosure" (see 8:30-10:00 in the Netflix version) discusses the 1914 film "Judith of Bethulia." She says it is "one of the films that is often credited with inventing what's called 'the dynamic montage'." In the film, Judith sneaks into General Holofernes' tent. He dismisses his eunuch, after which Judith decapitates Holofernes with a sword. Judith leaves. The eunuch reenters the tent, discovers the general's body, and picks up the murder weapon.

"There's a claim," Stryker says, "that this is one of the first films that we know of where a [director's] cut in the film is used to advance the story. And there's a kind of, like, trans, or, you know, gender nonbinary character who is kind of circulating around the cut in the narrative. It's almost like the figure of the 'cut trans body,' the eunuch who's been castrated or emasculated, who is a 'cut figure', presides over the invention of the cinematic cut."

Screenshots from 'Judith of Bethulia,' as reproduced within the "Disclosure" documentary 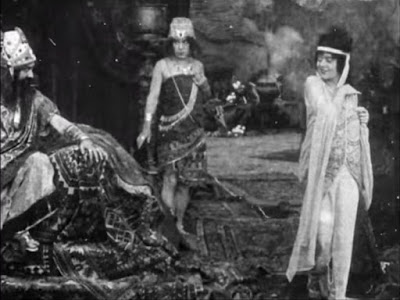 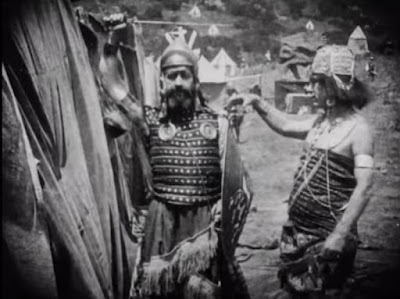 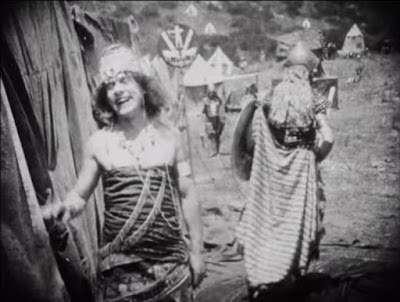 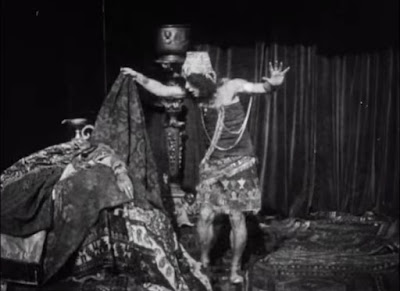 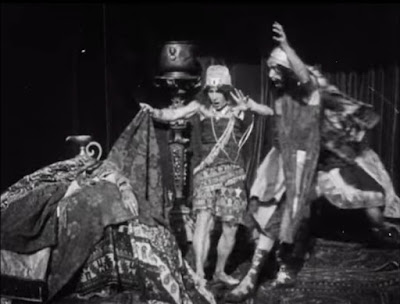 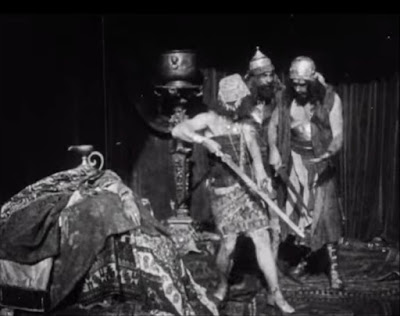