If You Believe in Democracy, Be a Pollworker 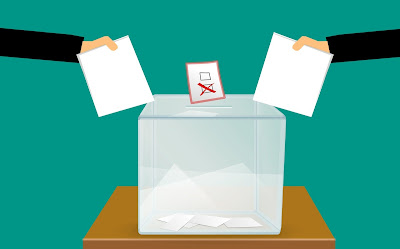 Image by mohamed_hassan on Pixabay

Based on an NYT article by Ezra Klein:

Ben Wikler, chair of the Wisconsin Democratic Party, "spends his days obsessing over mayoral races in 20,000-person towns, because those mayors appoint the city clerks who decide whether to pull the drop boxes for mail-in ballots." Important, right?

“These local races that determine the mechanics of American democracy are the ventilation shaft in the Republican death star. These races get zero national attention. They hardly get local attention. Turnout is often lower than 20 percent. That means people who actually engage have a superpower. You, as a single dedicated volunteer, might be able to call and knock on the doors of enough voters to win a local election.”

The article: "Steve Bannon Is Onto Something." Ezra Klein. New York Times. January 9, 2022.

Bonus article: We assume that gerrymandered districts will look squiggly on the map. But new computer programs that engineer for fairness also draw squiggly districts. Will any district drawn with special attention to fairness/unfairness have odd-looking borders? Take a look at the images on the Washington Post (January 11, 2022).