'This billionaire or that multimillionaire': Cataloged in 'Horsemen of the Trumpocalypse'

John Nichols's book Horsemen of the Trumpocalypse was an effort in the first year of the Trump administration to catalog the worst political actors.

Former White House counsel John Dean wrote on Trump’s Inauguration Day: “There is no evidence anywhere that Donald Trump has even a good newspaper or television news knowledge of the American presidency; nor is there any evidence he has ever read a single autobiography or biography of any of his forty-four predecessors in our highest elected office. To the contrary, the evidence suggests he does not have sufficient concentration power to read a book...”

Dean also said: “Not only does he not understand the job, he has been pushed to the hard right during the [2016–2017 presidential] transition because he is a man with no firm political beliefs of his own.” As a result, his inner circle recognized him as “an empty vessel into which they deposited ideas, which explains how some of his conflicting stances developed.”

“Sinecure after sinecure, position after position, was handed to this billionaire or that multimillionaire,” Nichols writes. Never mind that Trump “had throughout his 2016 campaign dismissed recipients of big-money largesse as ‘puppets.’ In the first six weeks after his election, according to Politico, campaign donors accounted for ’39 percent of the 119 people Trump reportedly considered for high-level government posts, and 38 percent of those he eventually picked.’”

Example: Betsy DeVos was made Secretary of Education, with responsibility affecting 50 million students and 13 million post-secondary students. At her confirmation hearing, it became clear, as Nichols put it:

She didn’t recognize a debate over “basic measures of educational attainment” nor that disability accommodations are mandated by federal law so states cannot opt out. And she basically admitted she’d bought her way into that confirmation hearing through about $200 million in family contributions to the Republican Party. Regardless, she was confirmed. 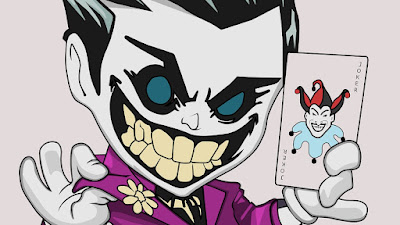 John Nichols. Horsemen of the Trumpocalypse: A Field Guide to the Most Dangerous People in America. New York: Bold Type Books, 2017.

I Wrote More About This Book

To read more, please see "Retrospective on Trump's former counterterrorism adviser". It's a 5-minute read on Medium. Medium lets you read a certain number of stories for free every month. You may also consider a paid membership on the platform.