U.S. Representative Jamie Raskin released his memoir Unthinkable: Trauma, Truth, and the Trials of American Democracy on January 4, 2022, two days before the anniversary of the attack on the U.S. Capitol. 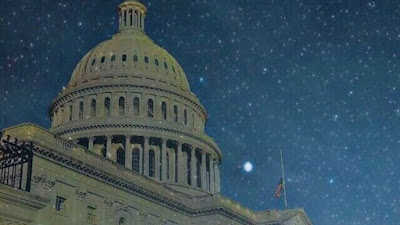 Two takeaways from the book:

Republican leaders tried to present Trump as having acted in good faith. Trump, they said, sincerely believed that he had lost the election due to fraud. They said he had little or nothing to do with the rebellion on January 6.

They themselves probably did not believe this.

Many people saw, as Rep. Raskin also saw, that Trump "was not an innocent, or even a malicious, bystander who falsely reported a fire to cause a mass exodus; he deliberately created the crisis himself and then did nothing at all to address it but keep other people from intervening effectively to end it."

But how to counter the Republican claims? Laurence Tribe, in private conversation with Raskin, called Trump "a fire chief who sends the mob to burn the theater down." And from Timothy Snyder, they got the image of a "January exception" to characterize what the Republicans were asking for: presidential immunity from being impeached for any crimes between a lost election and a successor's inauguration.

Raskin helped coordinate the production of a video presentation showing the level of violence. He showed the 13-minute video to the Senate on February 9. For many, it was revelatory: "it was quickly dawning on them that we had all narrowly missed being killed." But others like Cruz, Lankford, and Rubio were "alternately whispering to their neighbors like naughty fifth-graders and squinting hard at the screen as if they might detect some big liberal conspiracy of Antifa spies hiding in the bushes in the background."

Trump didn't need an organized, trained army on January 6, 2021. Some rioters belonged to paramilitary groups and had their own ideologies. Thus the violence included "the extremists marching in formation, their arrival with dangerous chemicals, the coordinated poundings and beatings of officers, the use of walkie-talkies to plan ambushes of our officers." Those groups strengthened their numbers by uniting around Trump; the size of the mob on January 6 was a hundred times larger than the white supremacist side of the "Unite the Right" rally in Charlottesville four years earlier. Many others, though, just showed up to hold signs in vague support of Trump and other rioters. Considering these varied motivations, Trump knew how to energize a mob and how to benefit from their actions. He knew "he could deploy the violence instrumentally for his own political purposes, while his followers enjoyed it intrinsically for its own sadistic delights."

Alexander Hamilton had laid out the threat in his first Federalist Paper. As Raskin paraphrases Hamilton's warning: "The demagogue panders to the negative emotions of the crowd, pretending to be the champion of the people, only to wage war against the Constitution, the legal order, and the democratic political process," and thus becomes a tyrant. If the violence on January 6 were allowed to continue, Raskin worried, would Trump then declare martial law?

I Wrote More About This Book

To read more, please see "A Year Later, the Reckoning with Jan. 6 Continues". It's a 6-minute read on Medium. Medium lets you read a certain number of stories for free every month. You may also consider a paid membership on the platform.