'God Is Not One': A book on acknowledging religious differences

September 08, 2014
Religions are different. They have different aims and fill different needs. It is respectful to acknowledge this, rather than to pretend otherwise, says Stephen Prothero. Originally posted to Helium Network on May 7, 2010.

"No one argues that different economic systems or political regimes are one and the same," Stephen Prothero says in the opening to his 2010 book God is Not One: The Eight Rival Religions that Run the World - and Why Their Differences Matter. "Yet scholars continue to claim that religious rivals such as Hinduism and Islam, Judaism and Christianity are, by some miracle of the imagination, essentially the same..." Writing in response to a philosophy embraced by academia after Huston Smith's 1958 book "The World's Religions", Prothero aims to explain, to the contrary, why religious differences are significant and important.

Prothero says he teaches his students to use a four-part analytical framework: each religion identifies a problem in the human condition, proposes a solution, provides a technique for achieving that solution and points to exemplars or role models. In Christianity, for example, the problem is sin, and the solution is salvation. Judaism's central lament is exile, Buddhism is concerned with suffering, and so forth. This framework emphasizes differences between religions.

Those who side with Huston Smith often brush aside differences in creeds and sacraments as minor and inessential, while alleging that some other characteristic unifies all religions. Prothero says this claim stems from "naive theological groupthink - call it Godthink" and "ignorance" with the dangerous consequence that humans will never recognize or understand religious conflict. It may also be the mere hope for a united religion, expressed by people who "are not describing the world but reimagining it." In fact, the differences between religions are quite significant. A Confucian knows she is not a Catholic, and so should anyone who spends five minutes talking to her; it is actually disrespectful, says Prothero, to suggest otherwise.

When we rigorously study religions with the intent of observing their differences, might we run the risk of concluding that one is better than all the others? Well, yes - but only in the sense that each is devoted to its own unique focal point. Prothero makes an athletic analogy:

"Different sports have different goals: basketball players shoot baskets; tennis players win points; golfers sink puts. So if you ask which sport is best at scoring runs, you have privileged baseball from the start."

To observe that Christianity is the best at addressing sin and salvation, then, is not to disparage the religions that are concerned with other philosophical problems entirely. This specialization also occurs in more pragmatic areas:

Acknowledging one religion as superior in this limited, focused way does not lead directly to bigotry. To the contrary, observing and understanding our differences is the first step to tolerating and respecting each other. This is true not only of interreligious relations but of interracial relations and of human partnership in general. "Who," he asks,

"is so naive as to imagine that the success of a relationship depends on the partners being essentially the same? Isn't it the differences that make things interesting? What is required in any relationship is knowing who the other person really is. And this requirement is only frustrated by the naive hope that somehow you and your partner are magically the same."

Expressed so simply, this seems uncontroversial and has a memorable charm. 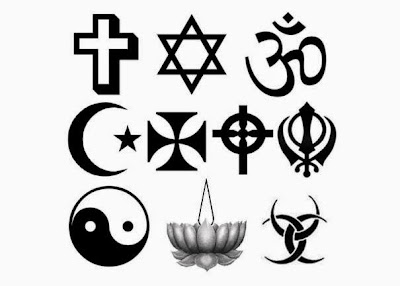 At a book talk in Boston on April 27, 2010 - the day after he gave an "On Point" radio interview with Tom Ashbrook - an audience member spoke out of turn and asked the author, "Are you a relativist?" Prothero answered quickly, "I'm not a relativist and I think the book is profoundly anti-relativist." Neither one of them defined what they meant by "relativism." Given his disavowal of that mysterious philosophy, it may be surprising that, throughout his exposition of the world's religions, Prothero seems to betray admiration for philosophies that would be best described as relativist: Confucian virtue ethics interpreted as art rather than science; the Buddhist belief that a teaching's truth is determined by its usefulness and that all is empty, even the self; the Zen intuitive approach to nonduality and satori; the Jewish tradition of arguing without assuming that one possesses the truth; and the work of mystic Sufi poets such as Rumi, who referred to a place "beyond ideas of wrongdoing and rightdoing".

The meat of the book is in the lively illustrations of the world's major religions, and through these portraits, Prothero succeeds in making his point: God, or at least Religion, is not one.