How sincerity differs from honesty 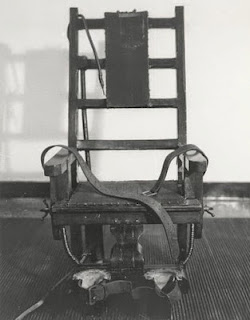 Sam Roberts wrote The Brother: The Untold Story of the Rosenberg Case after interviewing David Greenglass. Greenglass stole nuclear intelligence from Los Alamos, N.M. After being told that his wife had told the FBI that his sister, Ethel Rosenberg, had been involved, Greenglass readily testified against Ethel and her husband Julius. The Rosenbergs were executed in 1953. Greenglass said in the book that “I frankly think my wife did the typing, but I don’t remember,” that he had named his sister to protect his wife, and that he did not regret it. “My wife is more important to me than my sister. Or my mother or my father, O.K.? And she was the mother of my children.”

(Greenglass died in 2014.) Greenglass lied, but he was sincere — decades after the fact — about how he felt about his lie.


With intimates, at least, if the relationship is to be preserved, sincerity certainly has an important place. Sam Harris took a hardline stance against lying in his brief book by that name:


Sincerity, authenticity, integrity, mutual understanding – these and other sources of moral wealth are destroyed the moment we deliberately misrepresent our beliefs, whether or not our lies are ever discovered.

And while we imagine that we tell certain lies out of compassion for others, it is rarely difficult to spot the damage we do in the process. By lying, we deny our friends access to reality – and their resulting ignorance often harms them in ways we did not anticipate. Our friends may act on our falsehoods, or fail to solve problems that could have been solved only on the basis of good information. Rather often, to lie is to infringe upon the freedom of those we care about.

In the passage above, he claims that honesty is an essential part of sincerity.

R. Jay Magill, Jr. argued that sincerity is not the same as honesty or frankness, but rather is about accurately reporting "one's innermost thoughts or emotions, no matter how relevant, factually wrong, or counterproductive." It is therefore a kind of intimacy best reserved for the private sphere.


He wrote for the Boston Globe:


"In the realm of politics, in fact, the demand for sincerity is relatively new, a legacy of Reformation-era religion that only in recent decades has come to seem as important, or even more important than, qualities like leadership, managerial skill, or knowledge. * * * Thucydides, Plato, and Aristotle all justified the 'noble lie,' which placed lofty public goals ahead of personal morality."

Consider this Oct. 31, 2018 example from the U.S. President who said he was "really impressed" with a fellow politician for showing a "sincere level of compassion, grief and sorrow," which apparently is a qualification for the sincere man's reelection. (The original tweet is here; the UnfollowTrump bot copies his tweets and simply allows readers to avoid the president's actual Twitter account.)

Yesterday in Pittsburgh I was really impressed with Congressman Keith Rothfus (far more so than any other local political figure). His sincere level of compassion, grief and sorrow for the events that took place was, in its own way, very inspiring. Vote for Keith!

We certainly wear emotional masks of different kinds at different times. Whether it is good or bad, it is probably not completely avoidable.

One of those masks is sentimentality, according to James Baldwin: "Sentimentality, the ostentatious parading of excessive and spurious emotion, is the mark of dishonesty."

In Magill's book Sincerity (2012), he wrote: "Sincerity “means confronting one’s innermost thoughts or emotions and relaying them to others straightforwardly, no matter how relevant to the topic, injurious to one’s own reputation, or embarrassing – or however correct or incorrect. Sincerity, in other words, is a subjective state that need not have anything to do with reality." (p. 13) He also raised the question of an alternate use of the term: “does sincerity mean revealing one’s intentions openly and avoiding deceit (as in, “I mean this sincerely”), or does it mean pursuing one’s goals in accordance with one’s true beliefs (as in, “I sincerely believe that X is the right thing to do and will stop at nothing to do it”)?” (p. 19) In one analysis, sincerity reveals depth that enables people to grow in conversation with each other. Christopher Phillips wrote:

"[Hazrat Inayat] Khan distinguishes between types of moral mirrors: that of ‘the insincere person,’ whose reflections reveal only surface — of himself and those who would seek to know more of themselves through him — versus the mirror of ‘the sincere person,’ whose reflections permeate surface and depth at once. When two sincere people are ‘focused on one another...with love,’ each helps the other gain greater literal and figurative vision of who they are and still might be."

Sherwin T. Wine offered a differing interpretation from a pragmatic perspective. Whatever is inside people's hearts (their self-understanding, their intentions, and so forth), it does not always correspond to their behavior, and often their actual behavior is what really matters (or should matter) to themselves and others. It is one thing to be sincere about our precious, rarefied, idealized understandings of ourselves, and another to be honest about what we do.

Ambitious politicians do not turn me off so long as they help their constituents. Self-absorbed parents do not bother me as long as they nurture children. Cynical teachers do not arouse my disdain as long as they elevate the skills of their students. Motivation is so complex that it is difficult to know which intention is the ‘real’ one. To be ‘pure of heart’ and a behavioral disaster is meaningless to me. When the cult of incompetence is wedded to the cult of good intentions only disaster ensues.

The greatest source of illusion is the inability to distinguish between intentions and behavior. So often we think that what we are is what we say we want to be — or that other people are what they say they want to be. Realism is replaced by a naive sincerity.

Appropriate expectations do not rely on some necessary correlation between saintly motivation and saintly behavior. They prefer to notice competence and strength of will. Maybe, what people really want is what they end up doing.

R. Jay Magill, Jr. Sincerity: How a moral ideal born five hundred years ago inspired religious wars, modern art, hipster chic, and the curious notion that we all have something to say (no matter how dull). New York: W. W. Norton & Co., 2012.