The case for calling the enemy 'Daesh' 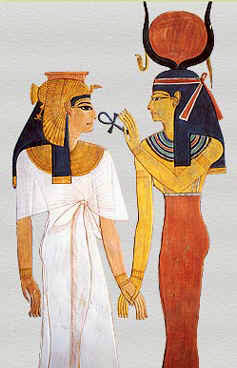 Isis is the Greek name of an ancient Egyptian fertility goddess. The Egyptians, who were the ones who actually worshipped her thousands of years ago, pronounced her name something like Aset, Ast, Iset, or Uset. Her Greek name has retained appeal, conveying exotic, earthy sexuality and strength. Thousands of women are named Isis, and many American businesses have branded themselves with her name. Dean Obeidallah reported: "According to the U.S. Patent and Trademark Office, more than 270 products or business names among active federal trademarks use 'ISIS.'"

There is competition for her name. Today, a terrorist group so extreme that even al-Qaeda disavows it is self-styling itself as a new state. Initially, it announced itself as the Islamic State in Iraq and al-Sham, which in English has the acronym "ISIS". The exact region of the imagined caliphate is still in dispute, but even when "al-Sham" is replaced with "Syria," the acronym remains intact. Major American media outlets including CNN, NBC, and NPR still use the name "ISIS". The Obama administration, however, now prefers the acronym "ISIL," standing for the Islamic State in Iraq and the Levant. Meanwhile, the group itself has decided not to geographically limit its aspirations, and now simply refers to itself as Islamic State (IS).

Despite its relatively sudden appearance, the extremely violent, repressive group is believed to have tens of thousands of fighters, and now that it has captured some oil facilities in northern Iraq and northern Syria, it is believed to have an income of $1 million per day.

France recently announced that they would call this group "Daesh." Zeba Khan (who writes on Twitter @zebakhan) argued in The Boston Globe that this was a sensible choice, since


"it spells out the acronym of the group’s full Arabic name, al-Dawla al-Islamiya fi al-Iraq wa al-Sham. Yet, at the same time, 'Daesh' can also be understood as a play on words – and an insult. Depending on how it is conjugated in Arabic, it can mean anything from 'to trample down and crush' to 'a bigot who imposes his view on others.' Already, the group has reportedly threatened to cut out the tongues of anyone who uses the term."

That ought to settle the matter. "Daesh" is the name that protests the group's influence, denies them the dignity of naming themselves and the power to declare themselves a state, and reveals their powerlessness to carry out their threats against the speaker.

As Khan points out, violent movements on this scale must be defeated both militarily and intellectually. Identifying the right name may help win the war of ideas. Allowing people to choose their own name is a sign of respect, and, in this case, no respect is due to this organization.

On a related note: in the case of lone militants, who tend to be disorganized and ineffective, some have suggested that a simple insult, such as "nitwits," is sufficient.

Consider Umar Farouk Abdulmutallab – the Nigerian "Jockstrap Jihadist" who boarded a Detroit-bound jet in Amsterdam with a suicidal plan in his head and some explosives in his underwear. Although the media colored the incident as a sophisticated al-Qaeda plot, Abdulmutallab showed no great skill or cunning, and simple safeguards should have kept him off the plane in the first place. He was, after all, traveling without luggage, on a one-way ticket that he purchased with cash. All of this while being on a U.S. government watch list.

Fortunately, Abdulmutallab, a college-educated engineer, failed to detonate his underpants. ("The Case for Calling Them Nitwits." Daniel Byman and Christine Fair. The Atlantic. July/August 2010. p. 107.)