Asia Bibi, an illiterate Christian mother, has been in jail for years under a death sentence following her conviction for blasphemy in Pakistan. Then, Punjabi governor Salman Taseer was assassinated. Originally posted to Helium Network on Jan. 14, 2011. 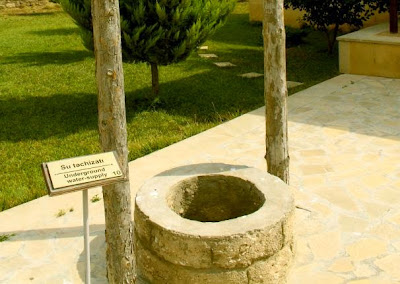 Salman Taseer, the governor of Punjab province, which is home to half of Pakistan's population, was assassinated on Jan. 4, 2011. Taseer's compassionate intercession on behalf of a poor Christian woman sentenced to death for blasphemy proved to be his undoing, as his assassin claimed to have acted to discourage Taseer's attempt to reform the harsh law.

The story of Taseer's assassination therefore really begins with the story of Asia Bibi (also known as Asia Noreen), a 45-year-old peasant woman who raises five children with her husband, Ashiq Masih, 51. Her life changed on June 14, 2009 in her village of Ittan Wali in the district of Nankana Sahib in the Punjab province, where she and several dozen Muslim women were picking falsa berries, a purple fruit used to make desserts and soft drinks. One woman asked Bibi to bring her some water; when she did, the other women warned her not to drink water from a vessel that Bibi had touched, since she was not Muslim and was an "untouchable." Pakistan is 96 percent Muslim. Bibi's family are the only Christians in the village.

Several days later, the women complained to the village imam, Qari Mohammed Salim, that Bibi had said that the Quran was "fake," that Muhammad "had worms in his ears and mouth" while on his deathbed, and that he married Khadija for her money. On June 19, the imam complained to the police and led a mob that pursued Bibi with a noose through Ittan Wali's dusty streets lined with small sand-colored houses. Bibi's 15-year-old stepdaughter witnessed the attack by the mob and said she "saw them push her hard against a wall and tear her clothes." The police arrived as Bibi was being beaten. They arrested her and brought her to the neighboring Sheikhupura district jail. The imam claims that Bibi confessed and apologized to him, while Bibi claims that she only apologized for hurt feelings and did not confess to blaspheming.

Bibi was convicted of violating Section 295-C of Pakistan's penal code which mandates either death or life imprisonment for one who "defiles the sacred name of the Holy Prophet Muhammad." The law was implemented in 1986 by the military dictator Gen. Zia-ul-Haq. Since its inception, nearly a thousand people have been charged under the law, and while no one has ever been executed by the state for a blasphemy conviction, dozens of Pakistanis connected with blasphemy cases - including relatives of the accused and a judge - have been killed by individuals or mobs. Most recently, on Jan. 24, 2014, a mentally ill British national, Mohammad Asghar, was sentenced to death for claiming to be a prophet of Islam.

On Nov. 9, 2010, while a mob raged outside the courthouse and the judge nervously retired three times to a private room for thought, Bibi was sentenced to hang. She was also fined 100,000 rupees (more than the average annual income in Pakistan). The judge said there were "no mitigating circumstances" that would have persuaded him toward leniency. Bibi, who cannot read or write, says that the other village women had long pressured her to convert to Islam and that she was never asked to provide a statement during her trial.

Interviewed in jail, Bibi recalls that she screamed upon hearing her death sentence. The imam in her village who led the mob against her, on the other hand, said he wept for joy when she was sentenced. Her husband and children said they were perpetually on the move, trying to stay ahead of the death threats by phone.

This is where Gov. Salman Taseer stepped in. He visited Bibi in jail soon after her sentencing and petitioned Pakistan's president Asif Ali Zardari to pardon her.

Zardari has been a beacon for liberal democracy in Pakistan. He is no stranger to violent religious fanaticism; he was married to Benazir Bhutto, the former prime minister of Pakistan, who was assassinated in 2007. When his ally Taseer brought the harsh and transparently unfair blasphemy case to his attention, he was sympathetic and indicated that he would pardon Bibi. However, a court ruled that the president could not interfere until the sentence was confirmed by the highest court in Punjab, until which time Bibi would have to remain in jail. It was known that this could take several years. (As of January 2014, the sentence still has not been confirmed, and Zardari has been replaced as president by Mamnoon Hussain.)

The militant rhetoric against Bibi soon reached a fever pitch. In December 2010, cleric Moulana Yousaf Qureshi told a crowd of hundreds: "I will pay 500,000 rupees for the loyal follower of Muhammad who beheads Asia Bibi." Hatred brewed not only for the peasant woman but for the governor who was expressing his desire to reform Pakistan's anti-blasphemy law. Rallies against changing the law were held on Dec. 24 after Friday prayers by groups including the political party Jamiat Ulema-e-Islam-Fazal ur Rehman (JUI-F) and the ad-hoc radical Muslim alliance Majlis-e-Tahafuz-e-Namos-e-Risalat. During another round of protests a week later, police used tear gas to prevent marchers from reaching one of President Zardari's homes in Karachi.

On Jan. 4, 2011, Gov. Taseer's own bodyguard riddled him with 26 bullets in the Kohsar Market in Islamabad. Funeral prayers were recited the next day at the governor's house in Lahore with many sympathetic federal ministers present. One of them, Sindh Chief Minister Syed Qaim Ali Shah, said that murder over free speech is forbidden by Islam and by Pakistan's PPP government. Taseer's coffin, swathed in the green Pakistani flag with its white star and crescent, was then flown by helicopter to the military's Cavalry Graveyard in Lahore. No clerics in Lahore could be found to lead the prayers; they were led by Allama Afzal Chisti of the Ulema wing of the Pakistan People's Party (PPP). Taseer's son, Shehryar Tasser, lodged a First Information Report (FIR) at the Kohsar police station under Clauses 7 and 302 of the Anti-Terrorism Act.

The curly-bearded assassin Malik Mumtaz Hussain Qadri recorded an official confession proudly explaining that he hatched the plot by himself because he disagreed with Taseer's position on the anti-blasphemy law. He was brought into court on Jan. 10, a day earlier than originally planned; his defense lawyers said they were not invited to this hearing. The Times of India reported that the Punjabi government would begin screening the Elite Force bodyguards for possible radical religious leanings, and would remove bearded bodyguards.

Rao Abdur Raheem, 30, had founded a lawyers' group a month prior to Taseer's assassination supporting the blasphemy law and opposing Taseer's campaign to reform it. The group is called the Movement to Protect the Dignity of the Prophet. Following Taseer's assassination, Raheem organized lawyers from the cities Islamabad and nearby Rawalpindi to defend the assassin. As of Jan. 10, one thousand lawyers had given their signed support and the government had been swayed against changing the assassin's court venue. It is unclear if the lawyer's group continues to exist.

In addition to the support of the young lawyers, there was also extensive popular support in favor of Taseer's assassination, as evidenced by 2,500 messages on Facebook supporting the assassin within four hours of the crime, according to a former law enforcement official. Taseer's assassin has remained in Adyala jail; two years after the event, his supporters rallied once again to free him.

As of late 2014, Bibi is still in jail under a death sentence. Her family is afraid she will be at risk of assassination if she is released. She has an upcoming court hearing on Oct. 16. Through her husband's visits to her in jail, a French journalist was able to interview her indirectly and to ghost write the book "Blasphemy: A Memoir: Sentenced to Death Over a Cup of Water." Pakistanis like Bibi, who suffer under repressive laws, are still waiting for the necessary cultural shifts that will allow them to live free from fear.